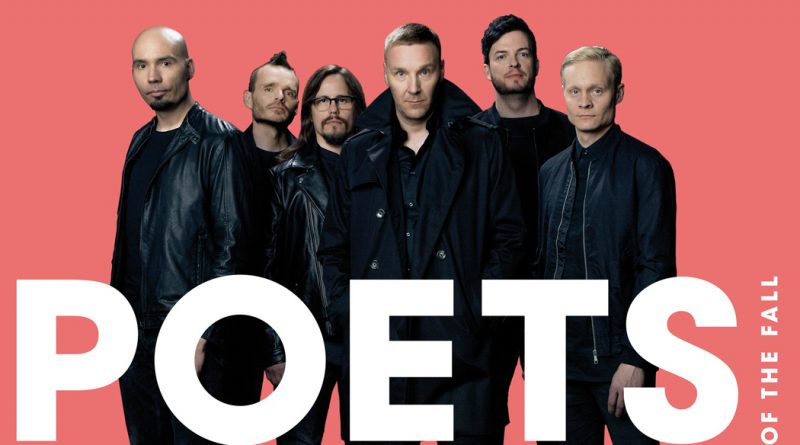 Just before the CD release concert introducing their new album Cleariew, Poets of the Fall’s singer Marko Saaresto took the time to give us some insights on the contents of the album, working with a external producer and what the fans can expect from the upcoming tour.

Tell me a little bit about the Clearview album. What can we expect?

POTF: Well, right from the start you will be brought to a scene of drama coiling and striking like a nest of serpents, then you’ll be taken through myriad sonic landscapes up and down a rollercoaster of sensation, to vistas of visions and stories of the now, the then and the whenever, dealing with issues of state of mind, pointing towards clarity, the light at the end of the tunnel and back again to the roiling sea of memories and emotions… or… um… in other words, ten completely new, killer Poets of the Fall songs.

Is Clearview the start of a new trilogy?

The Clearview cover has a chess themed design and about Drama for Life you said „[…] so often our minds drive us towards these checkmate situations as if we had this internal designer playing an aggressive game of chess against ourselves.”  – Does every song on the album represent another chess piece? What game do they play?

POTF: The chess imagery is so loaded with interpretations that we thought it very fitting a visual topic to combine with the new music. Although so far it’s only been the Queen out there with Drama for Life and the dark horse on the album cover, I’m hoping with time we’ll get to allot all the pieces to the songs and their proper places. I have it all in my head and am kind of just waiting to see how it all plays out. As to what game they play, perhaps it is a game of understanding, perhaps they play to win or perhaps they play just to stay in the game.

Your producer Stefan Boman described the album as a “kiss and a punch in the face” – can we hope for more punches?

POTF: I do so prefer kisses.

Drama for Life echoes several past songs, Save me or Signs of Life for instance. How and why did these echoes come about?

POTF: Sure, I’m glad you brought that up. I think the whole idea of Clearview follows in the footsteps of songs and lyrics we’ve done in the past and sort of paved the way for what Clearview stands for. In mind that’s the idea that the human experience or reality for that matter is subject to interpretation and thus almost like a theater piece or game of chess. The one with the clear view will become the dark horse, the surprise in waiting, the best strategic maneuverer, if you will. clear view also concentrates on the idea that it all comes from within us. Like in Signs of Life, the love we feel, already inside ourselves, showed us the way, with Save Me there was the seed of understanding that we cause our own turmoil, and not judging that, saying it’s either good or bad, but simply that this is how we function between our ears, and the song basically was written from the perspective of someone asking another to “bear with” while he gets himself sorted. and there have been other songs we’ve written that broach the subject.

Regarding the sound of Drama for Life I noticed especially the guitar work. It sounds great and to me seems different, but I cannot put my finger on it. Can you elaborate on that?

I also think that the guitars sound different on this album and that is mostly because of Stefan, who even played on some of the tracks. You can also hear more Jaska’s ideas and sound on the album as we were both throwing ideas to Stefan who then had the final say about which ones to choose. It meant a lot of changes to my original demos and to the sound that I’m used to have but I think it was a change for the better.

For the first time you trusted an album to an external producer. Please describe working with Stefan Boman. What changed in your work, what stayed the same?

POTF: Working with Stefan Boman was very interesting, it was fun and a wonderful learning experience. I think it also calmed us down a lot during the  whole process as in him, we had a sort of a referee we could go to when we ran into trouble amongst ourselves, so to speak. I think it was also very refreshing to have someone bring in a new perspective to the way we worked and how we write music. It wasn’t easy the whole time, as in the beginning we had to let go of so much of the reigns, and we are people with very strong visions and ideas. The further we got though, the more we got to really enjoy the work.

How does it compare to the experience you made during working with Mic Schroeder on Kamikaze Love?

POTF: With Mic we worked for two songs off the Temple of Though album, and he did a remix of the tracks which had by then already been finalised for the album etc. so while we loved working with Mic the process was shorter and we didn’t really start from early days, where musical material was concerned, as we did with Stefan. 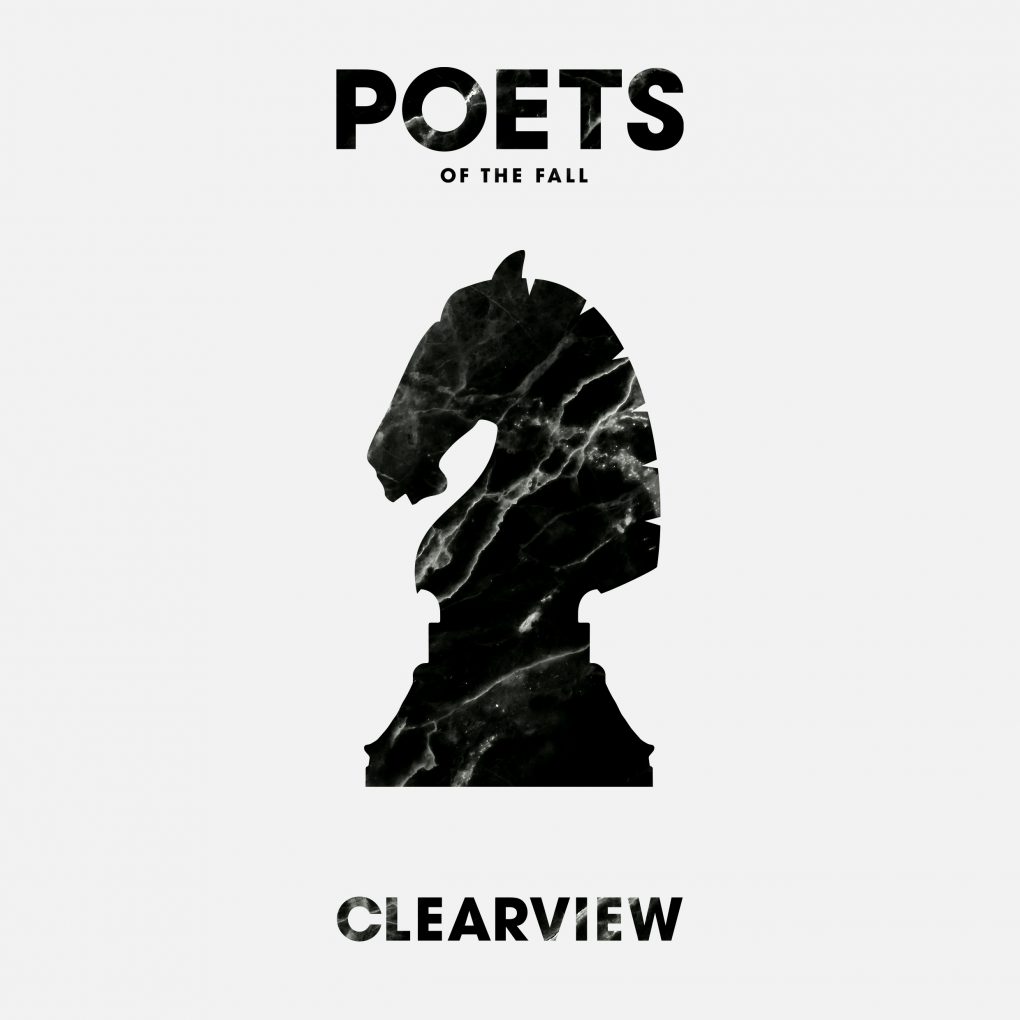 Do you have one funny / curious / strange story to share that happened during the recording of Clearview?

POTF: Sure there are lots, and some are so curious and strange I probably won’t even tell until I write my memoirs, but come to think of it, there’s this funny little thing that happened during one of our recording sessions. I was having a bad voice day, just got hoarse very early on, couldn’t get much more than a stupid sneeze out, so I was a bit put off and angry and left the studio to go to my hotel where I was staying at the time. My room was up on floor 15 or something, anyways, really high up in the hotel and so I took the elevator. Figured I’d go take a shower and relax and not worry about my voice for the rest of the day. Well, Bing goes the elevator on the first floor as I was waiting for it to come down to the reception and out walks this little guy, looking all self satisfied and mischievous. I didn’t really pay much attention, until I walked in to the elevator and saw that he had pressed every single floor on the control board. So I was up for a loong stop and go ride up to my room. At first I was a little annoyed I admit, but as I the elevator progressed up and stopped at every floor, doors opening and closing and I saw the little guy with his little buddies waiting two floor up to see the faces of the people inside the elevator, I just cracked up. I was still having these bouts of uninhibited laughter when I walked into my room. At that point it dawned on me that my voice wasn’t hoarse at all anymore. Because of the laughing out loud, my “machinery” had “rebooted”. My voice was fine.

Except for hearing all the new songs, what can the fans hope for on the Clearview tour?

POTF: I think we are going on tour with a great show, promising lovely good times with the band and the crowd, new energy and most of all a removal from the everyday. I bet if what I have experienced compares to what others have got from coming to see us live, they will again be having memorable experiences that will give a lift and last a long time.

One change I noticed is that you offer meet & greet tickets everywhere now. What are the good and bad sides of meeting fans like that compared to just coming out and chatting with them like you used to do “back in the old days”?

POTF: Now that we’ve gotten used to the meet & greets ourselves, it’s actually very invigorating to get out there and talk to everyone, even and sometimes especially when we’re tired from travelling, because it does give you a nice boost. For me as a singer it can be precarious to talk much during the meet & greets, as they are always before the show and often a bit loud. The vocals during the show require a huge amount of energy and focus and a well rested voice.

In one interview you said something about just coming to the stage as you are on the upcoming tour. Is there a particular reason why you chose to be yourself this time and not a character like Zoltar or Jeremiah?

POTF: Haha, I thought that one would come back to haunt me. In all honesty, I have no clue what will actually take my fancy and how I’ll paint my face as the tour goes along. I also think that the characters are so much a part of what I do on stage that I will have a hard time giving them up altogether. So I won’t limit myself. But you won’t see me putting up the Hamartia costume from the Daze video, or having a crackled face like Zoltar in Carnival of Rust, no sirrah, that would take such a long time that it would become a burden, but I do like how they change and evolve over the years and seem to manifest in new forms. I think that it also just suits me best to be comfortably my ever changing self onstage.

With Clearview you have changed your logo, your website is getting a facelift and the album marks a new beginning after two finished album trilogies. So which direction does Poets of the Fall take now? What are your plans?

POTF: For the moment we are all so focused on the upcoming tour, that we find ourselves dismissing talk of future plans for a later time, when we’ll have a more clear view of which direction to take… of course I’ve already designed the next album cover and there are a drawer full of songs… haha, but seriously. The tour may take half a year, a year, a year and a half, and looking that far in the future at the moment when we’ve just finished an almost two year project of making Clearview, just seems a bit distant. 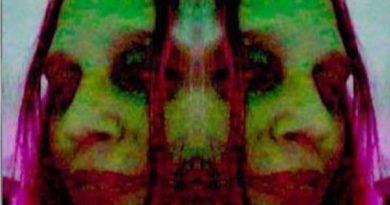 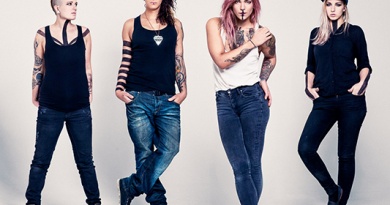 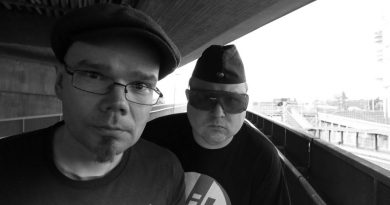