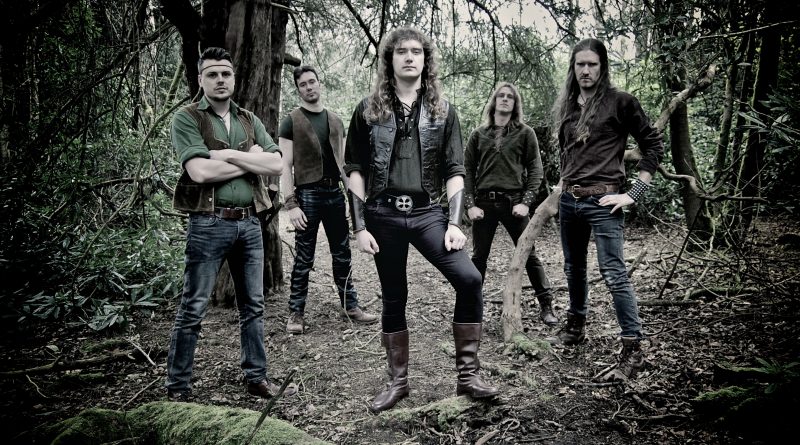 When did Dark Forest form, Josh? Please tell us the story.
Christian Horton formed Dark Forest in 2002 and the band first started gigging in 2003. In 2004 the first demo was released and Adam Sidaway joined as the new drummer. The demo was followed up by two EP’s in 2006. Around the time the band started getting a following in Birmingham and around the country. The first, self titled, album was released in 2009 followed by more gigs up and down the UK and Paul Thompson joined the band as the new bass guitarist. 2009 also saw the release of the ‘Defender’ EP and the second album ‘Dawn of Infinity’ was released in 2011. During these two years the band played various gigs in the UK and in Europe, places such as Germany and Portugal. I joined in mid 2012, and a few months later Pat Jenkins (git) joined as well and the line up has stayed the same since then. We did a number of shows and then started preparing for recording a new album. We recorded the third album, ‘The Awakening’, in June 2013 and it was released in early 2014. More shows followed over the next few years, including sets at Brofest, Live Evil and the Annihilation of Bavaria (with Atlantean Kodex) to name a few. During that time we’d been working on a fourth album, ‘Beyond The Veil’, which we recorded in April this year and here we are.

Are you a fan of black metal? Any favorite black metal bands?
I never really got into Black Metal that much, so I don’t really have any favourites in particular. I quite like some of the more melodic/atmospheric Black Metal though, but I’m mainly listening to Power and Folk Metal at moment.

How does the band combine different musical sounds to create?
As a band we have a lot of different influences, Iron Maiden are a big one, but also bands such as Blind Guardian, Elvenking and a lot of other Folk and Power metal bands. We don’t constrain ourselves to just Heavy Metal influences though, Tradtional Folk music, story telling and classical music are just as much an influence. There have been times when I’ve had an idea that came from listening to 90’s Dance music, so inspiration for new music can come from different places. All the members of the band have a good understanding about what Dark Forest is, so the musical ideas put forward are always in a similar vein. It’s really great to be part of a band where everyone has the same idea of where they want the music to be, it makes us more focused as a group.

Are you interested in Viking and Celtic history?
Yeah definitely, i’m not an expert by any means, but I’ve always found history in general interesting. I actually studied Ancient History for two years in College and at the time I really wanted to work in a museum, I even did some work experience in a local one for a few weeks when i was 16. I went a bit off track with that as it was around the time I was getting more heavily into music, but it still remains an interest. I was always keen on the mythology side of it though, especially Norse, Greek and Egyptian. I still read up on it now and again, not as much as i used to sadly, but maybe in the future I’ll brush up on it again.

Who writes the band’s lyrics?
Christian writes all the lyrics, he’s got a real talent for it. Everytime he sends me lyrics for a new song i’m always blown away with how creative the wording is, it really makes a song come alive.

What was the experience like of recording the new album?
It was really good! We went back to Hellfire Studios III where we recorded ‘The Awakening’, so we we’re all comfortable with the place straight away. We had a week to get the album recorded so it was quite tough at times, towards the end we we’re doing 16 hour sessions to get everything done and we still had to go back a few weeks later to finish the lead guitars. We had a bit more time in the studio for this album than we did for the last one, but there was more to do so it took a bit longer than we’d anticipated. Ajeet, the producer/engineer, put so much effort and hard work into making this album, myself and the rest of the band really can’t thank him enough. We had so much fun making the album and even though it was a bit stressful at times, everyone was so positive and supportive of each other that it made the whole thing a really enjoyable experience.

Will you be playing any live dates?
Yeah we’re playing Hell Over Hammaburg festival next March and we’ve got some other dates in the pipeline too, so watch this space!

What lies in the future for you?
We’re always coming up with new ideas musically, so songwriting is a constant process for us. You can definitely expect more music from us in the future! We’ll also be concentrating on playing as many shows in as many places as we can, so more shows is another thing you can expect from us! 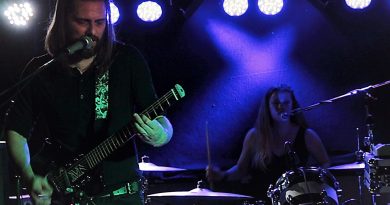 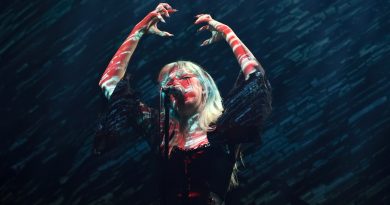