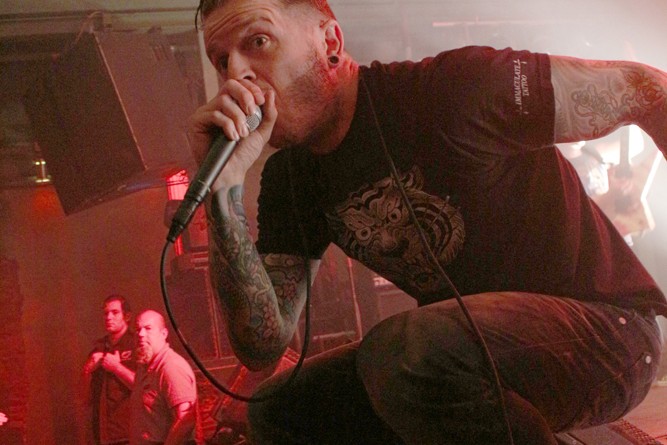 It´s been quite a few years since I had seen ATREYU live on stage for the first time, and once I figured they were coming back, I immediately knew that I just had to be there.
Arriving at Gruenspan, I was quite surprised that it was not packed at all, it seemed like shows on a Tuesday are never a thing to do for band. In course of the evening it filled up, but I´ve been used to Atreyu filling up far bigger venues to the very last place, so I was confused. To be fair, it made me worry a bit, but all worries were blown away right from the start on. 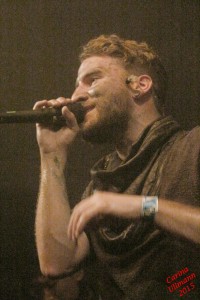 The evening started off with the support-act, the German band TO THE RATS AND WOLVES – needless to say, they managed to get the crowd going rather well for opening up the evening. They were interacting with the crowd, and it was easy to see that not only the band had a lot of fun during their on stage time, but also the audience did even though it seems that Hamburg´s audiences clearly are reserved when showing their fun at the beginning. Hardly any animating was needed, because you were just going along – it was the natural thing to do. Music wise it was a nice mix of growling and clean vocals, a sweet and rocking mix of instruments – honest music, hand-made, you clearly see what you get, there is no faking, just playing with full power and the full heart. 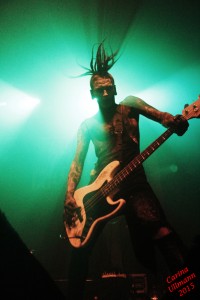 The change over time seemed to be endless, but at least was long enough to make more fans actually find their way to the venue, in which oxygen seemed to be more rare than a jackpot when playing the lottery.
And the final countdown had begun, the lights were dimmed and then everything happened quickly – ATREYU had entered the stage and started into a show, that has potential to be the most enthusiastic, crowd-loving and powerful performance of this whole year. It has become rare that the band gets in touch with the fans a lot during their performances, but you always find exceptions – singer Alex was roaming around the photopit, letting the fans sing along, making them a part of this show; the band´s bassist just decided to go and play amongst the audience…it was clearly visible in people´s faces how much everyone involved enjoyed the show. 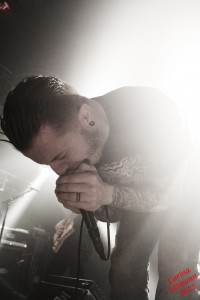 The setlist was a nice mix of the audience´s favorites as it seemed, judging from all the headbanging, moshing and singing along – and also some tracks off the coming album (to be released in September) were presented the crowd. The sound was good no matter where you were standing, which has become rare – but also paid into everyone in the venue loudly requesting encores. When the last tune had been played, the crowd was happy, tired and sweated – just as you´d expect it from a proper rock show.
All in all I can just recommend it to everyone to go and see ATREYU but also TO THE RATS AND WOLVES on stage – if you don´t, you´re missing out on something pretty amazing! 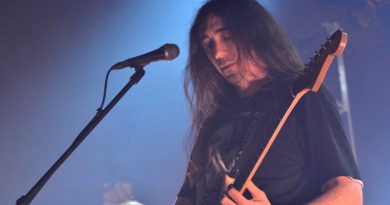