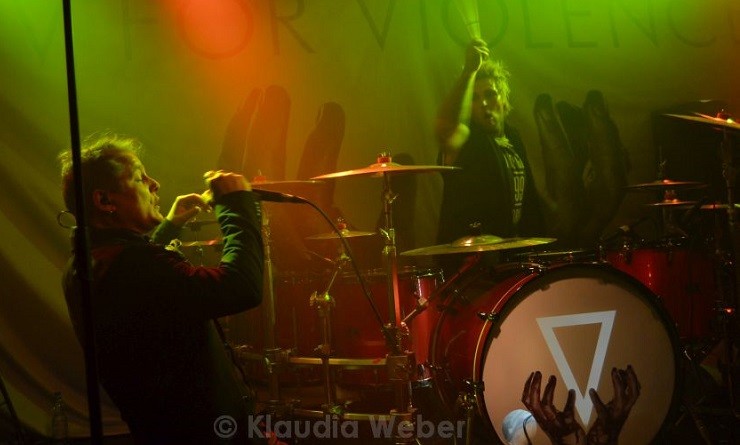 Goths on the Rocks club (organized by DeadSoulsGathering community) and The Book Of V release party – surely an event not to miss. And it seems a lot of people shared this opinion, as it was already pretty full when I arrived, right before the first band Loistava Polku (sth like “Shining Path”) entered the stage. The Goth fans in the club were delighted and began moving on the dance floor, but I found the sound a bit too much Depeche Mode or “Neue Deutsche Welle”, which both I don’t like, therefore not quite my cup of tea.

Hexdrive continued the Gothic Party theme with their Dark Wave / Industrial sound, with a live string and vocals section enhancing the sampling beats and keys. Their style was much more inspired by the likes of Sisters of Mercy / Fields of the Nephilim, even adding a female guest singer to the mix. Thus I enjoyed this part of the evening.

Naturally the headliner V for Violence provided the highlight of this Gothic night, firing up the mood in the nicely filled club. Some might have been fired up way too much even before this show – the act of some real life violence has left a bloody trail in the foyer area. A grisly decor but somehow fitting the mood of this event… I had seen the band live before, and also this time they gave an energetic and precise performance, led by their charismatic lead singer. Plus this club’s stage provided a better view to the drummer’s antics. As mentioned in my review of their new CD, that guy doesn’t need a vertical kit or other gimmicks to pull of a show, which is unfortunately pretty impossible to catch in a photo (still I tried, check the gallery). The only surprise came with a pretty sudden end of the gig, one song (and encore) short – not because of delays but singer Jarkko’s battle with the flu, which I only discovered afterwards. Remarkably nothing to hear of a failing voice during the show… Nevertheless an absolutely successful presentation of the new material, looking forward to the next gig. 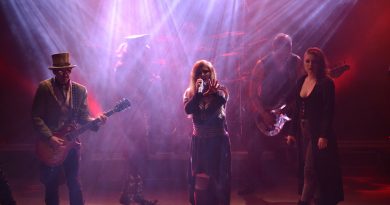 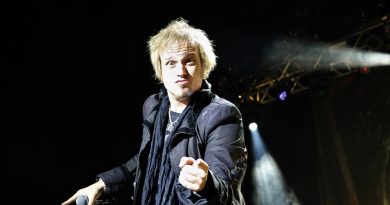