This was something I had been looking for quite a while, ever since Finntroll had announced their Finland tour celebrating the 10 year anniversary of their legendary Nattfödd album. Three fantastic acts in one gig, and the final show of the tour, a foolproof recipe for a perfect evening.

Yet the first surprise when reaching the venue was a negative one – basically I had expected a huge queue, but the only people who had to fight for a good spot were the photographers, when
The Man-Eating Tree
went on stage.

Well, one of the reasons might be the unusually early start of this event (7 p.m.) – the headliner was already on at 9:30 p.m…. and indeed, as I accidentally overheard when leaving the club afterwards shortly before midnight, at least one person showed up who had bought a ticket but somehow missed this important detail and therefore missed it all…
This band from Oulu has made quite an impact in their home country with their recently released third album “In The Absence of Light” plus the video clip “Breathe Emptiness”, and as the show focused on the new material, I can say that it´s clear why.

The audience – which kept multiplying – seemed to be totally swept away. Yet for me it was maybe an overdose of melancholy at this early hour – it was the heavier and rougher stuff towards the end of the set that impressed me the most. https://www.facebook.com/themaneatingtree

Wolfheart
had a pretty full house to present themselves to, and a nicely warmed up crowd – lotsa fists in the air, clapping along and headbanging, nice! An even nicer surprise, the setlist had been changed, and I could finally enjoy The Hunt outside the photo pit. Moreover, mastermind Tuomas Saukkonen and his wingmen played two new songs as a teaser for the new album due in autumn. Yet as usual the Winterborn debut´s hit Routa pt 2 rounded up a great show – a song that always gives me gooseflesh, no matter how often I have heard it already…

Another remarkable observation – it seems that bass player Lauri Silvonen has become the official in-between-songs-spokesperson. Or do the guys draw by lots (”the loser has to speak”) before every show? The final words – a thank you to the Unioni tour bands and the audience – were spoken by the master himself, though. https://www.facebook.com/WolfheartRealm

It has been quite a while since I had seen
Finntroll
live on stage, therefore I fet extremely pleased to enjoy another show of those crazy dudes who had made Polka, Boogie, accordion and other weird sounds and instrumentations respectable in the Metal community.
What can I say, those wild creatures ruled the stage and the almost overcrowded club from the beginning to the – apparently way too early – end. When Wolfheart had rather given you an upper-body (arms, neck) workout, this band inspired to move the lower extremities, and a lot. Who can possibly stand still during hits like Trollhammaren or my all time fave Jaktens Tid?

Only positive surprises also here – ex-singer Tapio “Papa” Wilska joined the band for Grottans barn, and female Go Go trolls adorned the encore section – yet those two should still work on truly trollish twerks. Summary – sweaty, exhausted but happy – just like presumably everybody else in the crowd – I stumbled into the night,. This is how a gig should be. https://www.facebook.com/officialfinntroll 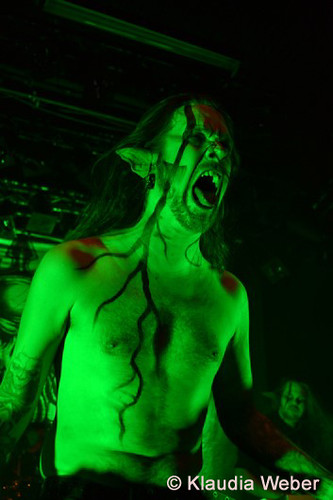 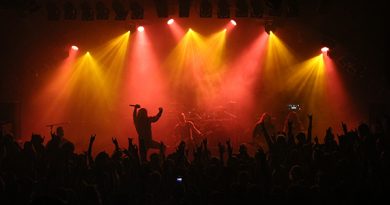 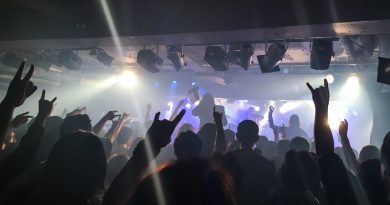