I met Jim Kroft for the first time in the spring of 2012 when he was supporting Martin and James on their tour. I can remember not being much impressed at first, but during the tour he managed to slowly but surely play his way into my heart. In the end I was hooked on the energy and passion he brings to stage, no matter if he’s playing solo or with a band and I still am. His songs are ranging from quiet to stirring, the lyrics are often snapshots of emotions everyone can relate to and give you something to think about. It made me happy that he took the time for an interview between traveling and playing concerts in Africa and touring with Jaimi Faulkner.

You are currently traveling through Africa for your “Journeys“ project. Please tell me more about it.
Journeys is a project with a simple idea – one man, one camera, one guitar. The idea is to explore the world, and explore the idea of self reliance. How much is it really possible to do your self?

How did you come up with the idea?
I had just lost my deal with EMI and I was at a dead end. It was a question of having to accept the conditions of reality and to move forward from there. When times get tough you have to get back to your core – and that starts with one’s self.

Do you pick the countries or do they come to you, i.e. do people there just invite you to play? Or is it something else entirely?
I was lucky I had enough momentum in my career that some of my songs had started travelling. So I have had invitations from all types of places – from a booking agency in China, from the University of Moscow and a lodge in Zanzibar. Hell I’m just grabbing hold of what comes up and rolling with it!

Do you have a good story or a few for us to share from your travels so far?
Well, the thing I love most about the randomness of the touring I am doing is that things are defined as much by chance as by planning. From Zanzibar I headed to Arusha after a chance invitation from a venue. They put me up in a wonderful B&B called Blues and Chutney and there I met a vibrant American lady who has been setting up and supporting orphanages all over the reason. We had a chat, she checked out the website, realised I was a musician and film maker and before I knew it I was playing for the kids as well as shooting footage for trailer for the orphanage. It was a day about seeing first hand how joyous music is, and what it means to people of all ages and all cultures. 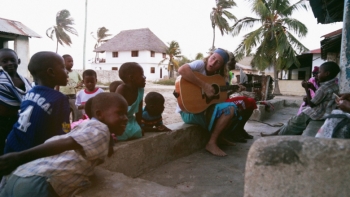 Apart from making music, you are a filmer, a photographer, a blogger and probably many things I don’t know about. What is your driving force and where do you draw your inspiration from?
Most of the tools I have developed have been from necessity. It has been a tough time in the music industry and this is the environment I have grown up in. So film making, photography and so on really developed from a need to do it myself because I could not afford to get others involved at certain times. In terms of inspiration, I just like to do stuff. I’m not one for talking about things all day, I like to have a gut instinct and roll with it spontaneously.

What do you do to unwind?
All the usual ways! I am usually up early and then my system crashes and I just enter a state of non being ha ha! So its tea, a movie, or a walk for me.

I’ve always been curious about this: How did Jamie Croft become Jim Kroft and why? Tell me a little bit about your history.
A lot of people call me Jim, and it was about making a distinction between my public person and my private person. I believe one “is who one is” and not “what one does”.

You’ve been making music for quite a while now. What have you learned?
In the words of Charlie Parker “if you don’t live it, it won’t come out the horn”

Looking back, is there anything you would change?
I am not one for regret, or even for nostalgia. Maybe I would have become a solo artist earlier. But our lives conditions themselves according to their own laws.

Is there a certain philosophy in your life and your music that you follow?
I try to stay true to my values. To stay self aware. To reflect and adjust along the way. I believe that one of the most important things for one’s healthiness is to explore and express your potential. And we all have potential.

You once told me you were more of a songwriter than a singer. Could you elaborate on that?
I think that you have artists with unbelievable voices – whether Elvis or Sinatra or Beyonce or any number of modern “singer songwriters” who intact have all their music written by committee. I simply meant that I write my own material, and that if you listen to a Jim Kroft song it is not written by a committee at a corporation and defined by statistic and charts about what words or word combinations or song lenghts will sell the most song.

What are your musical influences?
Hefeweizen. 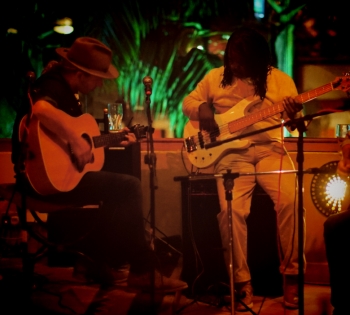 When you write a song, is it music first, or lyrics first?
It is usually a melody and a “feeling” lyric – like “if I’m born too late”…….or “tell me where I should begin?”

You have worked and toured with several other musicians as well as solo. Is there anyone you would like to work with and why?
It not something I think about too much. I just wanted to get better as a player and see what happens!

Is there a dream tour or a dream concert for you?
I would love to get my band back on the road. I am rebuilding at the moment – but that is my dream. Simple, small and true.

What are your thoughts on the music industry today?
I think we have to accept the reality of what it is and reinvent it with positivity, dream and new thinking.

You have gone from being an independent musician to being signed by a major label and back to independent (that last step not by your own choice). What are the good sides and the bad of being signed and being independent for you?
Being signed makes you “within the system” – you get automatic radio play, tour support, and money for making records.

Being independent you are a lone wolf, broke and have to battle the beast alone.

But equally if I was still on EMI I would never have fucking howled with magicians in the middle of Uganda or gazed in disbelief at the endless dystopian skyline of Chongqing and its 34 million people….

I’d like to go back in time and hear a little bit about the one story – one song project you did.
It was about writing songs inspired by the fans stories. 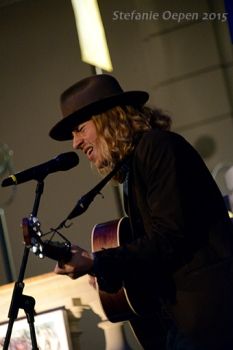 What lead to the idea?
Curiosity.

How was the response to it?
To write songs and enjoy hearing insights into people’s lives….

What was most surprising or interesting about it?
People’s honesty.

How would you describe your relationship with your fans?
Very very personal. They know how much I value each and every one of them.

You use social media a lot to promote your music and connect with people. What are your thoughts about it?
I think social media is great. But I think that the corporation Facebook comes from the devil itself……not the people on it though.

What are your plans for the near future?
I am planning Journeys 3.

And in the end a few questions that would not fit in anywhere above:
If you could have one superpower what would it be and what would you do with it?
The ability not to be hungover after too many hefeweisen.

You are having a horrible day. What one thing can instantly turn it around?
A cup of PG Tips 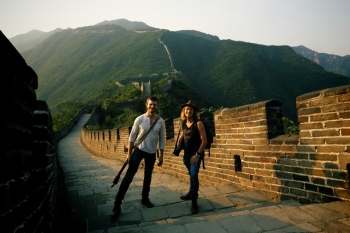 It´s your turn to cook for dinner – what will it be?
Bolognese.

Is there any book or movie that was a huge influence or inspiration for you?
Good Will Hunting

What´s an album or band you´re particularly listening to in these days?
Jaimi Faulkner’s new record – Up all Night

Thank you for the interview! 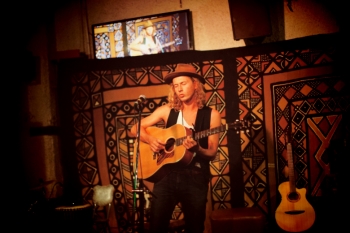 Bonus:
At Stalker.cd (the online magazine I work for) we have a column called “7 deadly sins” where we ask a variety of musicians to give us their thoughts on the topic. So far we’ve gotten anything from brief comments to jokes to serious philosophical thought. Thus, if you are up for it, I’d love to read your take on this.
I think human beings need to chill the hell out and stop shooting each other, trolling each other, destroying the natural world.