Welcome to HELL(sinki.) Sonisphere was moved from Pori (western Finland) to be held for the first time in the capital Helsinki this summer. You could clearly hear mixed feelings about the venue change from people, when they first saw the area.

Yes, it was maybe not that well organised but the basic stuff worked. Thirteen bands were announced to play on three different stages, and there were no last minute cancelations, which pleased my mind and probably many others, too. However, the extremely hot weather from dawn till dusk took its toll on the audience. It was nearly impossible to watch a band from the beginning until the end without getting serious health issues. I`ve probably never consumed as much water before!

Poisonblack was the first band to play at the festival. I`ve always liked their music a lot but haven`t been able to see them in a long time. But now since the singer has both sobered and sorted himself up, they sound a million times better than before! Ville Laihiala`s deep, raspy and lovely voice echoed over the still quite empty festival area, reaching straight into all the girl`s hearts (and maybe some guys, too!) Despite the small crowd Poisonblack pulled it off.

Finland`s very own heavy metal trolls Stam1na climbed on the stage as one of the festival`s first acts. If you want to see a metal band that is funny, truly enjoys playing and is energetic, then you have to check out Stam1na! For example, there are not that many Finnish heavy metal musicians who dare to wear tight spandex pants. But Stam1na`s singer and guitarist Antti ”Hyrde” Hyyrynen does! He definitely owned the whole stage, jumping and running from one end to the other.

Always serving an energetic and entertaining show, Hammerfall played unfortunately at the same time as Sylosis so I didn`t get to see the whole gig. But the parts I did hear sounded as great as always and singer Joacim Cans managed to make the audience laugh several times with his on stage banter. This is a band that every time I hear them takes me back to my teenage days and my 80`s heavy metal period. The fun thing is that they haven`t changed that much since then and that`s a really good thing! But me, I`ve changed a lot since then, thank God for that.

Sylosis was a totally new band for me. I didn`t really know what to expect from the performance and a quick look at the audience made me feel I wasn`t alone with my thought. But when they started playing everyone quickly got excited and seemed to enjoy the show. Personally, I didn`t really like their kind of music, it`s too “modern” metal for me. Also, since the stage was really tiny they were not able to move around that much, which made the performance a bit boring.

Atlanta`s own pride and glory Mastodon played in the late afternoon, when the weather was the hottest so I was just able to hear a few songs before I started to feel shaky and in need of a break and a place in the shadow. The band seemed really focused on their playing, and didn`t pay much attention to the audience. But that suited their style and didn`t seem to bother the already quite drunken audience.

Although it is a while ago since Norther`s lineup changed, you could still hear some surprised people in the back. Both old and new songs were performed during Norther`s gig. There was absolutely no lack of energy neither on the stage nor with the audience – even though it was hot as hell, like in a true Finnish sauna.

In Flames was one of the bands that gathered the biggest audience, and got people jumping and moshing throughout the whole gig. Several times during the show, people were jumping so hard up and down that you actually could feel the ground shaking while just standing still! This is how it should be! All the band members looked happy and were full of energy, the set didn`t discriminate against fans new or old. These Swedes know how to rock. Absolutely one of the best performances of the day, truly a gig to remember!

This band sadly didn`t fit in between all the other performers of the day. They`re music is way too artistic in many ways that people were actually leaving already by the first song. Opeth still bravely continued, and in conclusion the gig was good but I still missed more energy with the performance, and some more contact with the audience would not have hurt either.

The festival`s headliner Slipknot, was clearly one of the most popular and most anticipated bands of the evening. It must have been something like 12,000 people that had gathered to enjoy the show. You could actually see some people just coming through the festival gates minutes before Slipknot started playing. Apparently, there are sill lots of crazy Slipknot fans out there! Slipknot who are also famous for their different and often scary outfits on stage, wore all red overalls this time, not to forget the masks, of course. An empty overall was also placed on the stage in memory of the band`s former bass player, Paul Grey, who died a year ago. Slipknot served enough of both old and new songs and so the performance ended on a high note, absolutely deserving the headlining slot it was given.

So bottom line of this year`s Sonisphere: I got a headache that lasted a few days, I got sunburned and a little dehydrated. But I also got many, many good memories for life. It was all worth the pain, see you next year! 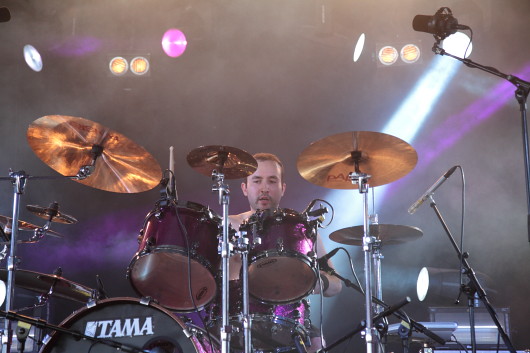 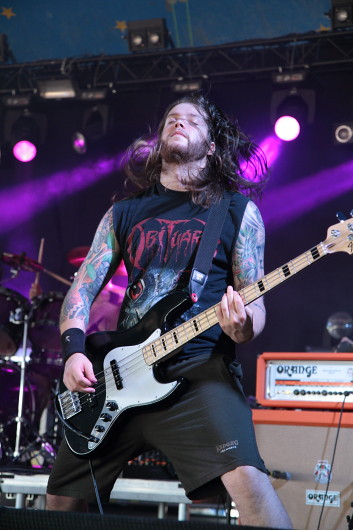 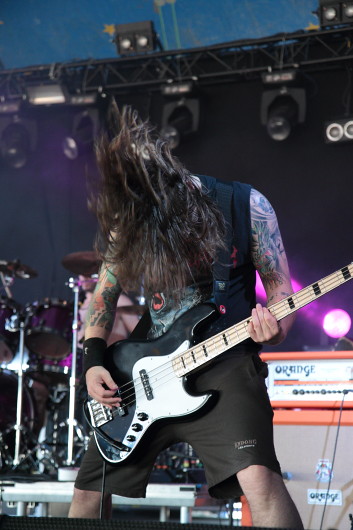 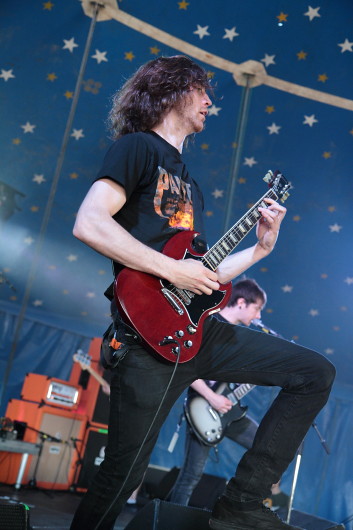 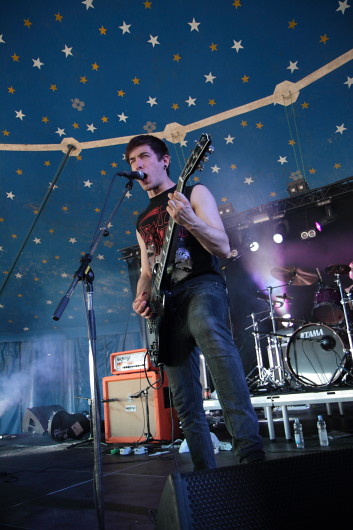 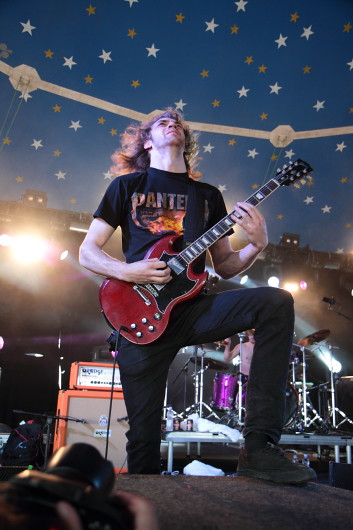 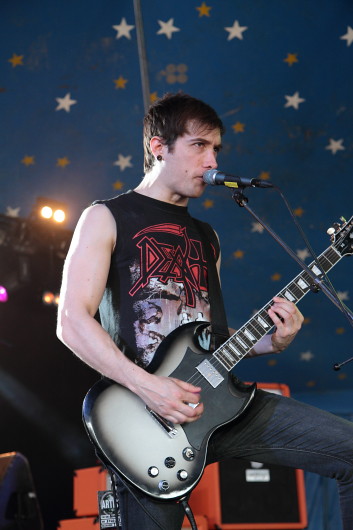 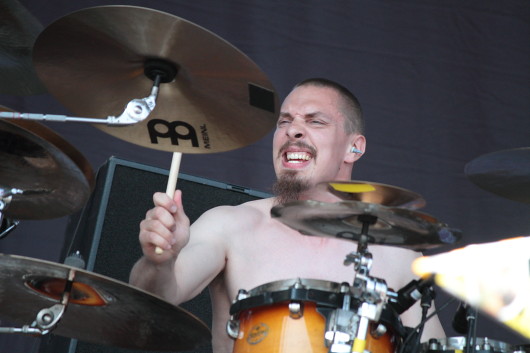 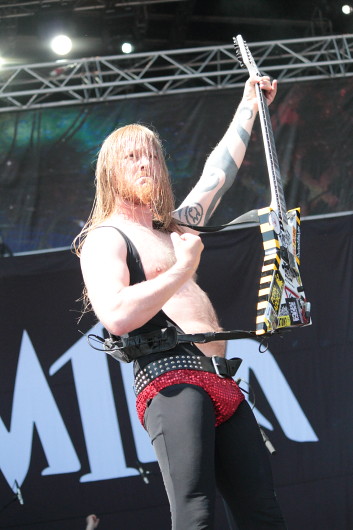 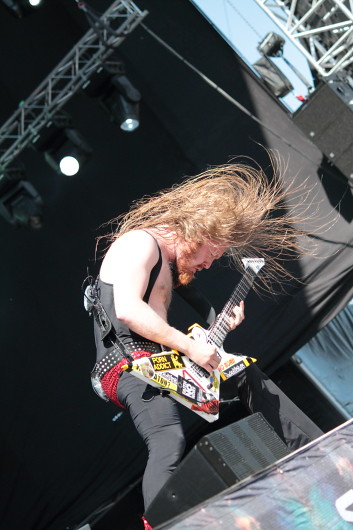 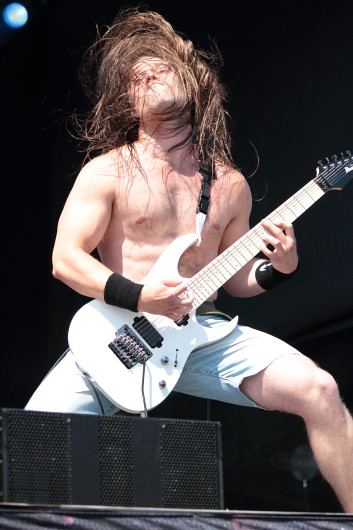 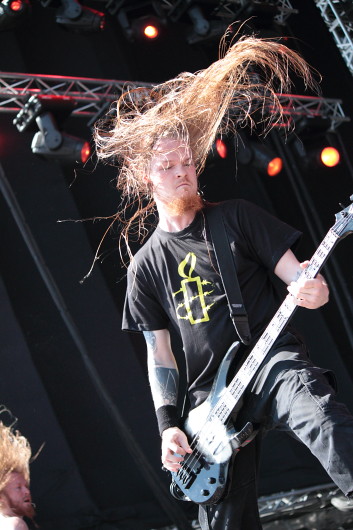 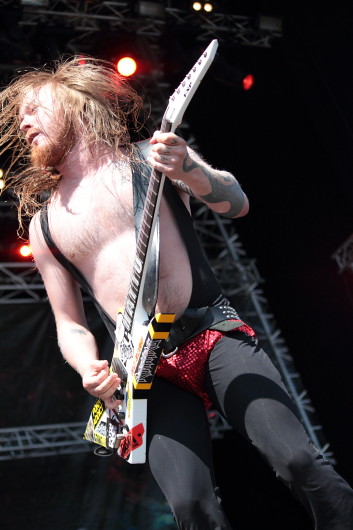 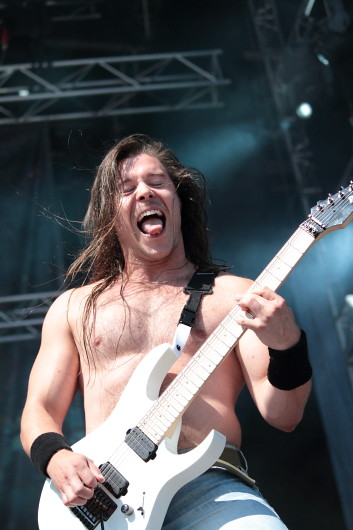 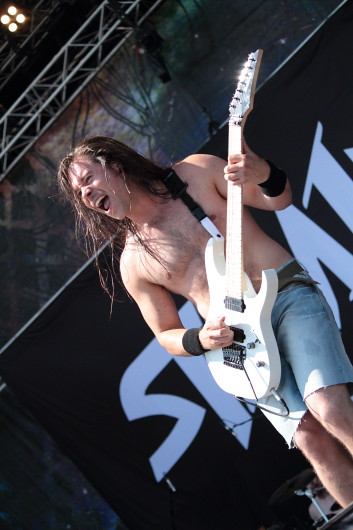 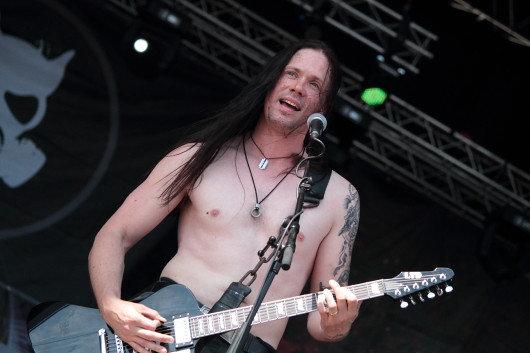 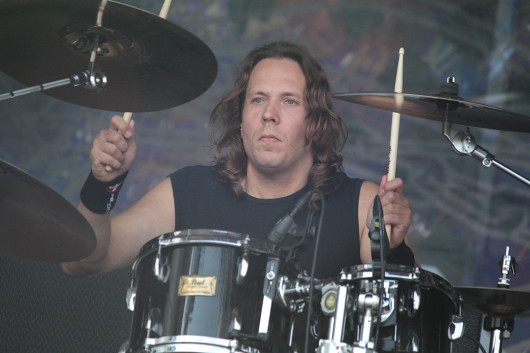 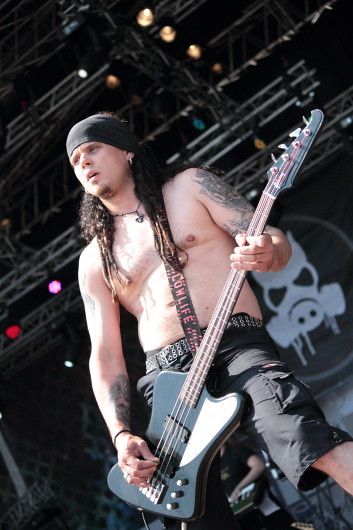 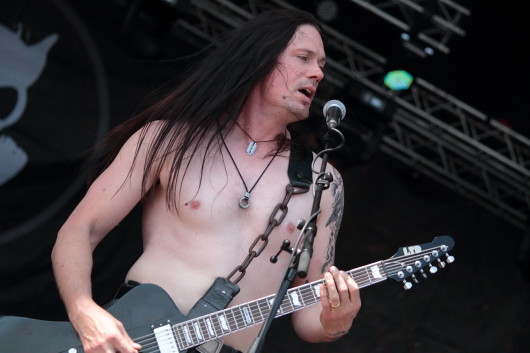 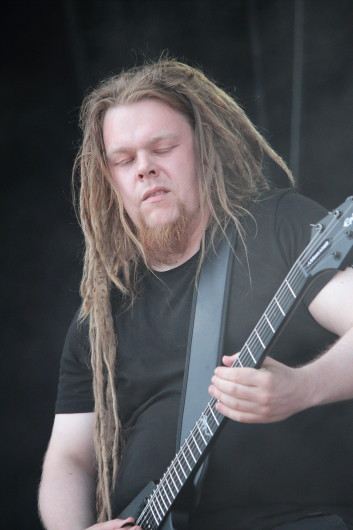 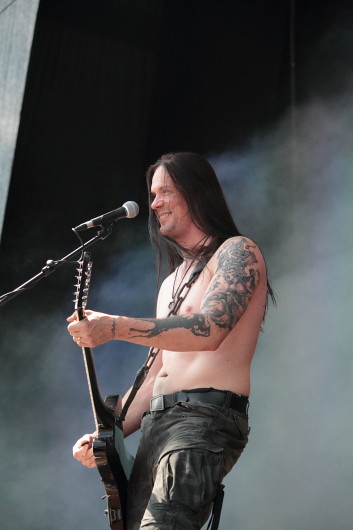 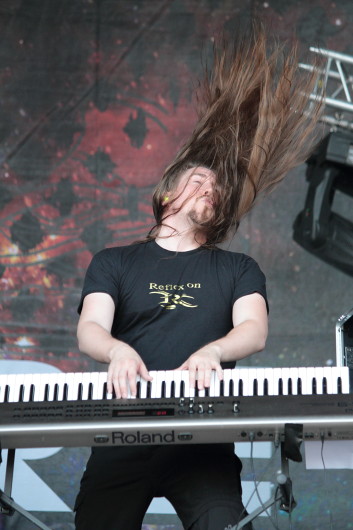 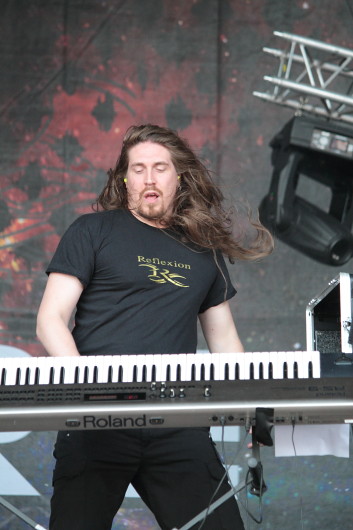 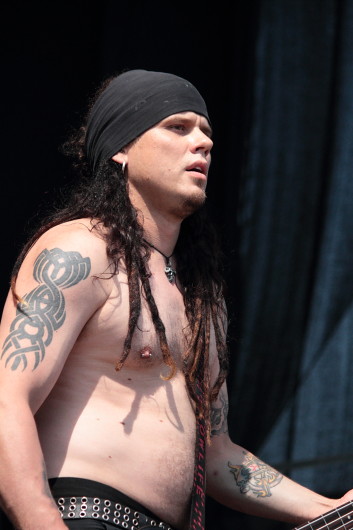 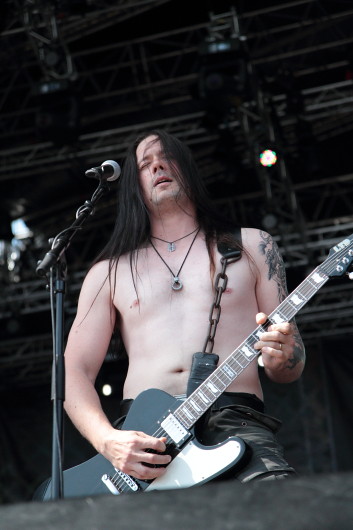 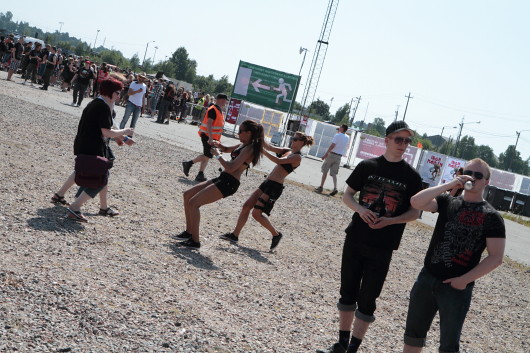 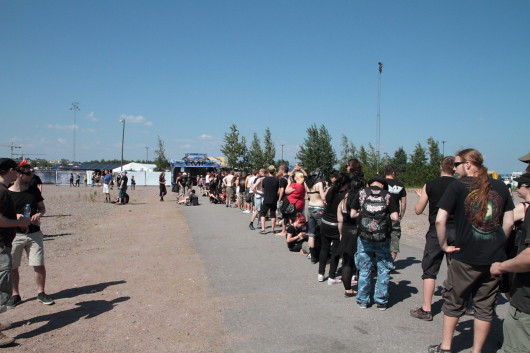 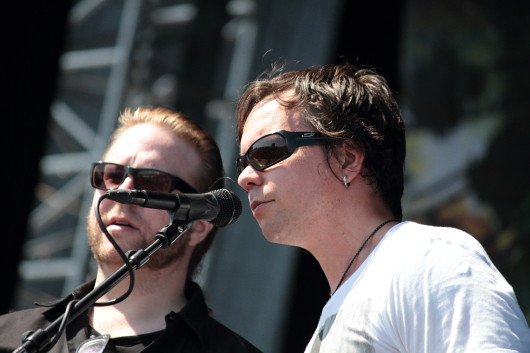 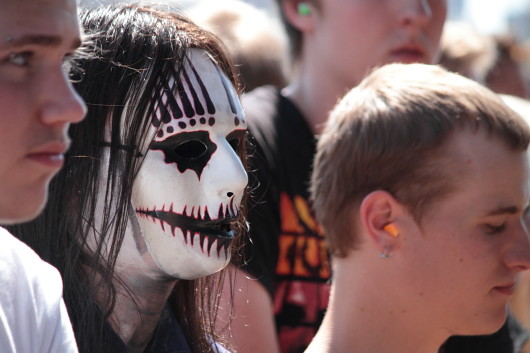 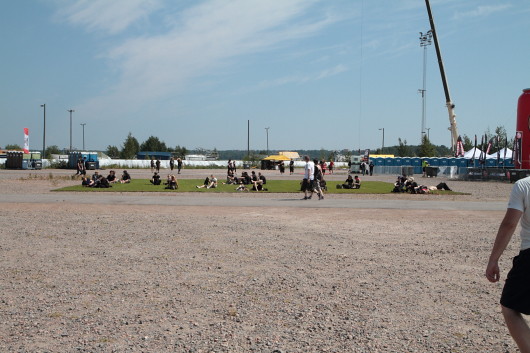 The Aristocrats @ The Circus