Bergen´s annual late-summer metalfest kicked off in the middle of the week, with a change for a bigger venue at the arrival of the weekend and of the numerous festival-goers who couldn´t arrive until Friday. On Friday and Saturday the festival was held in USF Verftet, an old sardine factory turned cultural centre located in a quiet, central neighbourhood on the waterfront. Festival guests fortunately escaped the sensation of being packed like sardines, for the venue was spacious enough and the weather stayed fine all weekend, allowing people to move back to the beer garden between gigs. Unfortunately, the inside of the venue left a lot to be hoped for. Unless you dived right into the midst of the crowd, your view to the stage was blocked by several big concrete pillars. Shows were projected on multiple video screens for the benefit of those stuck behind the pillars, but this couldn´t quite make you forget that the real thing was happening only a few metres away, yet maddeningly out of sight…

The Hole in the Sky festival guests were an enthusiastic, largely Norwegian crowd. The atmosphere was friendly and not-too-boozy, although there was naturally enough time to down a few pricy Norwegian pints in the course of the weekend. Given the weekend´s no-nonsense line-up, it was obvious that unlike in some other festivals, here the main focus was on staying on one´s feet, watching the bands and enjoying the music. (KB)

Asphyx
Playing relatively early on Friday evening, these death metal veterans nevertheless managed to draw in a reasonable crowd despite the pleasant August evening unfolding outside. The Dutch quartet played a solid gig completed with synchronised headbanging. A later slot in the program might have encouraged more people to join in… (KB)

Municipal Waste
These thrashy hellraisers´ energetic gigs tend to turn into moshpit mayhem. Hailing from the US, Municipal Waste clearly had their own small but enthusiastic fanbase who knew how to mosh to the band´s short and aggressive musical outbursts. The band earned a few cheap points from the audience by dissing George Bush in between songs, but if their music had a further political message, it was perhaps a little lost on the audience… (KB)

Behemoth
This great Polish horde boosted the line-up of several festivals this year. Behemoth is an experienced band and has a reputation as a solid live performer. The gig at Hole in the Sky wasn´t phenomenal but it supported the positive views of the band. Behemoth will release their first live album, “At the Arena ov Aion – Live Apostasy”, at some point in October and a seven-track EP “Ezkaton” in 20th November (in Europe), both through Regain Records. (MT)

Meshuggah
It goes without saying that Meshuggah doesn´t lack skill. The Swedes had a perfect showtime on Friday night and led the crowd in some kind of ecstasy with their catching rhythms and headbanging, or bodybanging in this case. Meshuggah definitely includes to those bands who are really devoted to their music while playing live. (MT)

Carcass
Back on track after over a decade´s absence, Carcass had included Hole in the Sky as a stopover on their reunion tour. Headlining on Friday night, the legendary Liverpool band kept the audience headbanging till the end. Their gig was much anticipated and didn´t disappoint, although it wasn´t solely the audience´s enthusiasm that got these metallers´ locks flowing in the wind… Former drummer Ken Owen´s short appearance was also greeted with loud cheering and applause. (KB)

Gehenna
These days rarely touring Stavanger band, Gehenna took over the stage on late Saturday afternoon. Founded back in 1993, the band has a strong position on Norwegian black metal scene. Because it was fairly early for both the audience and the band to raise hell, the gig didn´t serve huge energetic vibes but was highly pleasurable to listen to. Gehenna´s latest and widely praised album “WW” was released by Moonfog Productions in 2005. The band has survived several line-up changes during their existence but have now, once again, Dirge Rep (drums) as a full-time member. Their next album will be released by Indie Recordings next year on an yet unknown date. Looking forward to it and upcoming live shows. (MT)

Electric Wizard
Electric Wizard was easily one of the most stylish bands of the festival. Playing grim doom metal they stood out from other relatively fast-paced acts and brought fine variety to the line-up. The Brits enchanted and gave a high-class show which engrossed the audience. (MT)

Primordial
Primordial treated Bergen´s festival guests to a substantial dose of Irish angst with their melancholic sound and haunting lyrics, which the theatrical singer Alan Averill expected the audience to know well enough to attempt a sing-along. A slow, atmospheric gig; the downside of Primordial´s 8-minute songs is that in the tight festival schedule there was time for only a handful, and fans were left wanting more. (KB)

At the Gates
The event got a magnificent ending when At the Gates got up to the stage on late Saturday night. The show was part of their unique reunion set and due to it, the audience was pleased with special delicacy of these progenitors of the so-called Gothenburg sound. The performance was energetic and left nobody cold. Sounds were especially good as well. As yet all the reunion shows are done but it´s not all over yet. Besides managing duties in their current bands, At the Gates is collecting filmed material and will begin to film and edit footage for an upcoming documentary. (MT)

Summary:
Hole in the Sky 2008 was all in all a successful festival and worth every recommendation. Ticket prices were quite high though… a club pass to Garage cost 480 NOK (ca. 55 €) and a weekend pass to USF main stage 780 NOK (ca. 90 €). Bergen has such a cosy atmosphere and a spectacular location surrounded by wonders of Norwegian nature. Everything you need in the city is in walking distance. Still missing the darkling nights in the USF Verftet´s beer garden by Puddefjord and the memorable moments at Garage. Experience the vibes of yourself and go there next year! (MT) 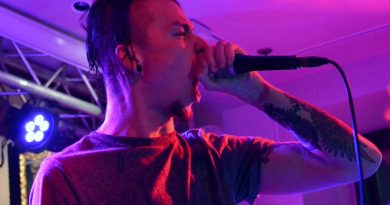 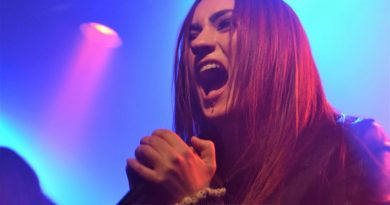