At the first of the three-day-Metal marathon people came by late, bad luck for the opener „Sindrome“.

Unfortunately „Shape of Despair“ had to cancel due to health problems; the replacement act „The Wake“ impressed with massive Melodic Death Metal and roused the crowd.

Yet the finnish Doom-gods „Reverend Bizarre“ made them really hot, especially because the program, including „Wrath of the War Elephants“ „Blood on Satan’s Claw“ and „Doom all over the World“, focused on uptempo stuff. And obviously the trio from Turku enjoyed to play on a bigger stage again.

„Rapture“ gave one of their great (yet unfortunately rare) live-shows, with „songs for the withering“ and brand new material: still sinister, clean and growl vocals but much tighter and more aggressive. (KW) 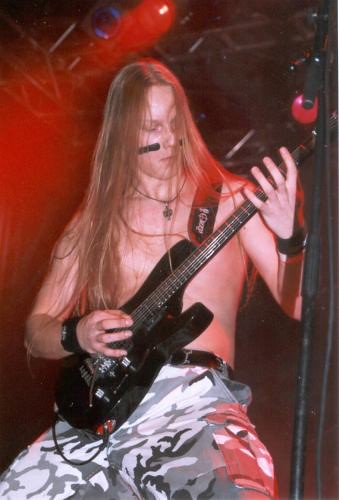 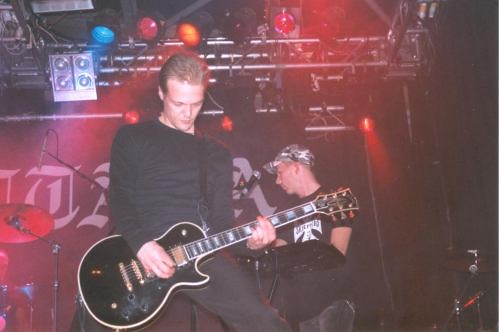 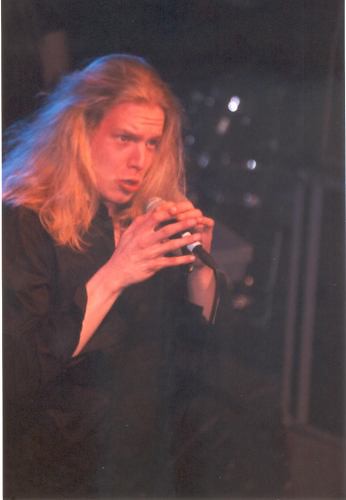 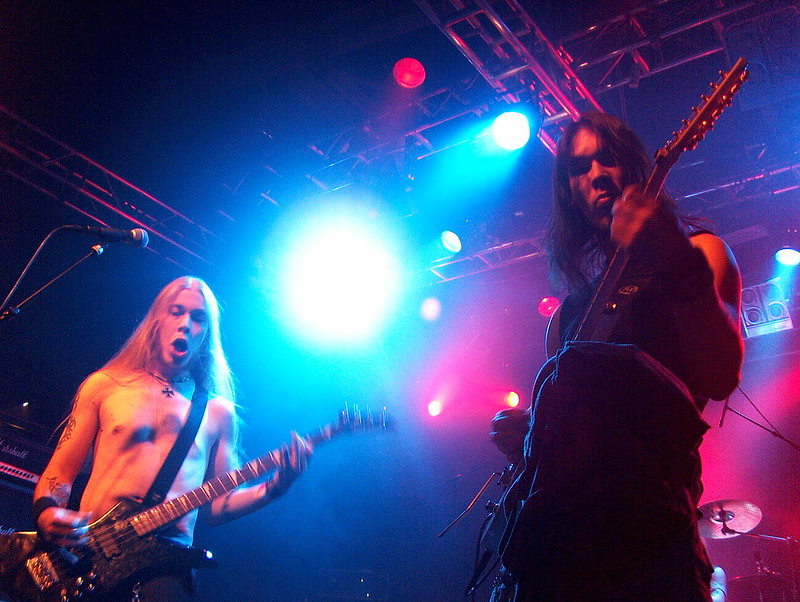 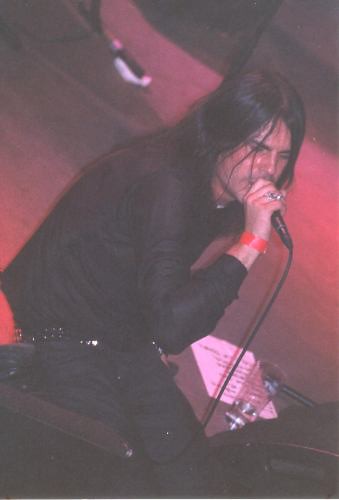 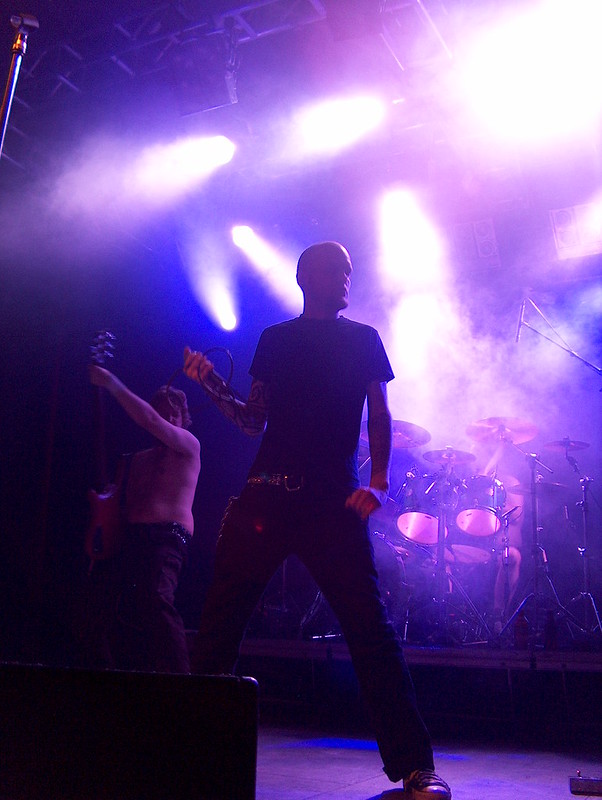 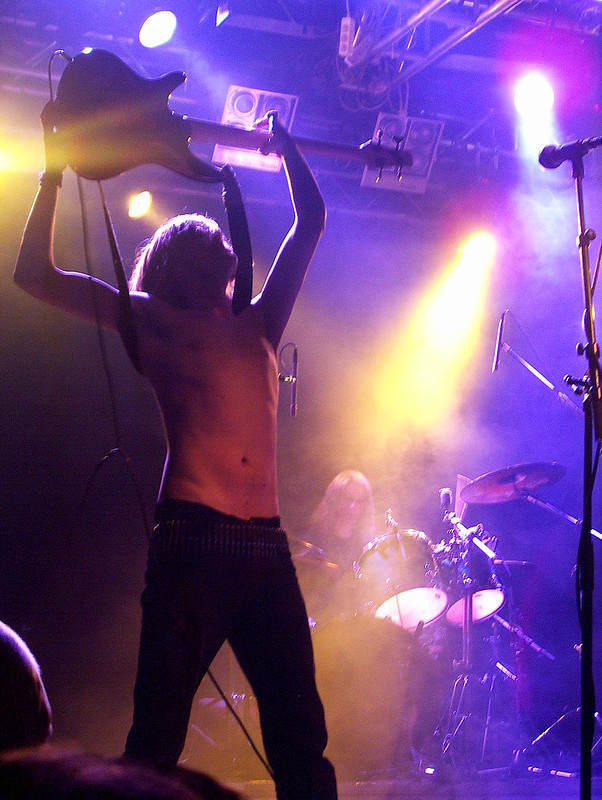 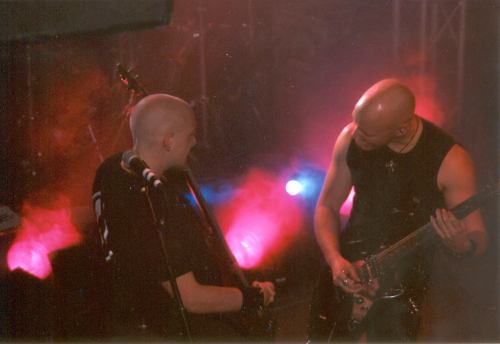 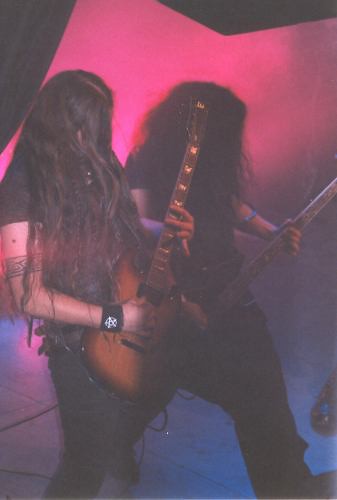 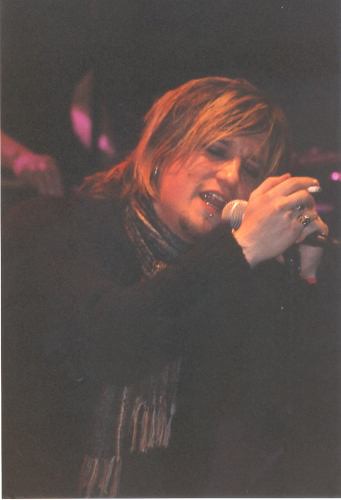 At day 2 Amoral are the first to start. The Helsinkiers present a good set of Death and Trash Metal, with few electronic elements and really warm up the crowd for half an hour.

Thereafter Ajattara are on the plan, and Pasi Koskinen, also known as ex-voice of Amorphis, greets the crowd showing his middle finger. But who now expects similar soft sounds as from Amorphis, is totally on the wrong lane. Ajattara present finest Black Metal , and Pasi screams all his aggression towards the crowd. Although the music is quite melodic, Finnish Music at its best. The lyrics are all in Finnish, but that does not prevent even the visitors from abroad to heavily bang their heads.

Ensiferum present now an expert set of their Folk-Metal. A really great mixture of heavy guitars, shouting vocals and folky, partially even medieval sounds, which will surely get stuck in your ears. I am amazed, how Petri Lindroos manages it to do the vocals, lead guitar and even headbanging all at the same time. With this guy, who is also known as the frontman of Norther, Ensiferum did really catch an expert. So it is no wonder that Petri will now stay as a permanent band member, and not only as temporary replacement like it was planned. Unfortunately we won’t hear Lai Lai Hei today, although the crowd is loudly requesting it.

Today’s final are really some “great guys” – Trolls ahead! Finntroll get stage and the masses to shake. With their mixture of Metal, Folk and Humppa (you can’t explain this, you just have to listen to that!) good mood reminding of old Viking times is presented. Aside “Trollhamaren” of course songs of the current album “Nattfödd” are on the setlist.

Day 3 then is obviously rather the day for the ladies, having To/Die/For and Ensiferum on the plan. But firstly Kiuas are on stage. Although there is nothing to moan about the music itself, which is solid Heavy Metal, for me it lacks the “special something“. Looking at the crowd I’m obviously not the only one feeling so.

To/Die/For are a bit more successful then. The audience, especially the strongly present female part of it likes the show a lot. But within the band it lacks on harmony. This could well be because of the shortly (once again) changed line-up. Even though it is a good, but with 30 minutes also short show with songs through all

The next band lets beat the hearts of all Powermetal fans faster: Twilightning. The vocal performance of singer Heikki hits me totally of my feet, and comprises a scope from the lowest cellar to the highest church-tower, without missing even a single note. You can really see, that the guys not just play the music, they live it! And that takes over to the mood of the crowd as well. Their new album “Plague House Puppet Show“ is of course presented, together with the former album “Delirium Veil“.

Todays headliner, and the final of these year’s Spinefeast are Entwine, and promptly the first rows are totally ruled by the girls. The band is often declared to be a “copy of HIM”, what surely is a compliment, but not true at all. Entwine have their own style, and their music is very melodic and melancholic and does not need any comparism. The show is over an hour, and the setlist comprises everything, what a Entwine-fan’s heart could desire, like Time of Despair, New Dawn, Bitter Sweet, Someone To Blame, Bleeding For The Cure or Still Remains, strongly presenting the current album “Dieversity“.

Of course the band is not allowed to leave the stage without a decent encore, and the very final song is an absolutely great cover of Alice Cooper’s Poison!

thereafter the curtain falls finally for this year. Conclusion: 3 Tage Finnish Rock and Metal, something for everyone. That definitely makes me want more! (MK)