Just in time for their 30th anniversary and the album “West End” (out by today, Sept 13), The 69 Eyes are giving a concert in their home town Helsinki. First National Nightmare enter the stage, a band that originates from Helsinki as well. But in my opinion, unfortunately, their qualities do not exceed that of a support act, even though some of their members are from other well known Finnish bands. Especially the song “Night Bus” is for my ears very obviously “inspired” by Guns’N’Roses’ “Night Train”.

But then finally it is time for The 69 Eyes to enter the stage, and with the opener “Devils” they  let off some steam right away. From the upcoming album there are unfortunately just 3 songs in the set list, of which especially “Cheyenna” stays in my mind.

Otherwise the set consists of a firework of known hits of the band, and I notice that the crowd reacts strongly to older songs like “Wasting The Dawn” or “The Chair”, which I myself count to my favorites. But there is no reason for complaints, the guys are in a good mood, and the songs they play transfer the good feeling to the crowd. Including encores, the setlist consists of a whopping 18 songs, hence enough favorites for everyone. Still it feels that the show ended way too soon. I will go see them again for their already traditional Halloween concert at Tavastia, hoping to hear some more new songs live. For now, the only thing left is to go to the next record shop to get myself the new 69 Eyes album.*

*… which is the band’s 12th full-length record, featuring top notch guest vocalists such as Cradle Of Filth’s Dani Filth, Wednesday 13 and Beastö Blancö’s Calico Cooper, consisting of 11 up-tempo rock anthems full of heaviness, black memento mori moments and dark humour and sees the band dancing in the ruins of our world. 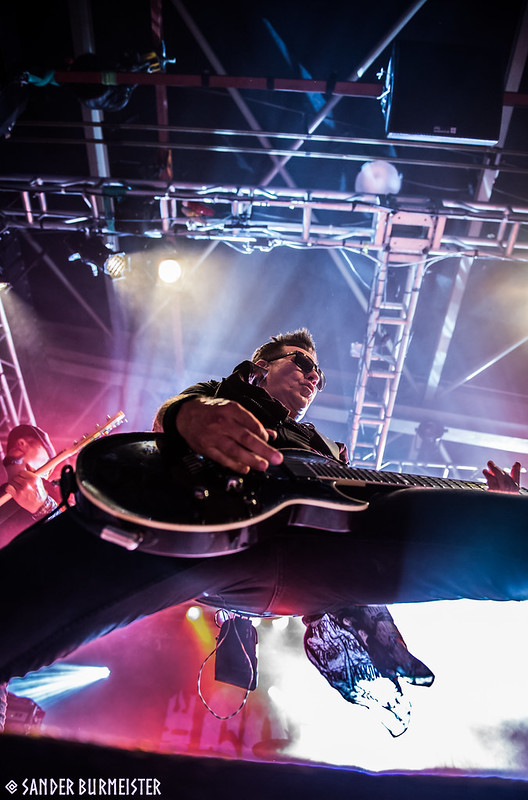