Finally Pretty Maids are back to play the show they had to cancel in March due to Ronnie’s head injury and really bad condition. The tickets remained valid and even 150 more were sold. Therefore there are a lot of people feeling happy that Ronnie is back on stage.

The openers are Vice from Munich and unfortunately unfit for this headliner. Their music does not go well with Pretty Maids and therefore the audience has problems to warm up to them. Not that they don’t know how to play or sing well, but it’s simply out of place. This Happy Metal Band – as they call themselves – take it with humour, playing a Hip Hop Metal mix and the guitarist’s tattoos are fake. It seems they don’t take themselves too seriously. Back in the 80s they were quite successful but maybe that’s not working out so well any more. 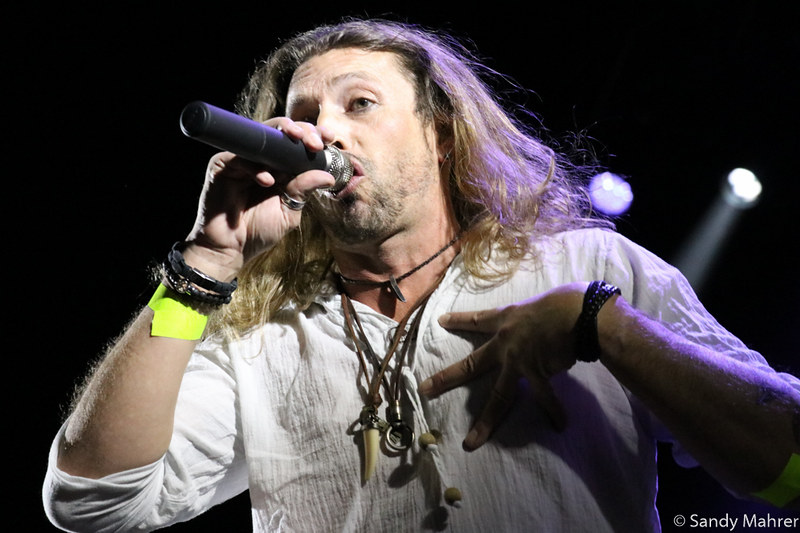 Pretty Maids are still promoting their Kingmaker release and also play several songs of this album, but their set list is a nice mix of old and new. Yet somehow the show needs some time to kick off, and so does the audience’s enthusiasm. It works well in a live situation that keyboarder Chris Laney sometimes takes on the second guitar. Atkins’ vocals sound a bit too smoothly in the beginning. Maybe after his accident he took better care of himself and this has some effect on his voice too. As the show continues, it becomes more relaxed with more fun interaction between the band members.  Mastermind Ken Hammer keeps reminding Atkins to take a step back from the stage edges and once in a while a band member puts a helmet on his head. 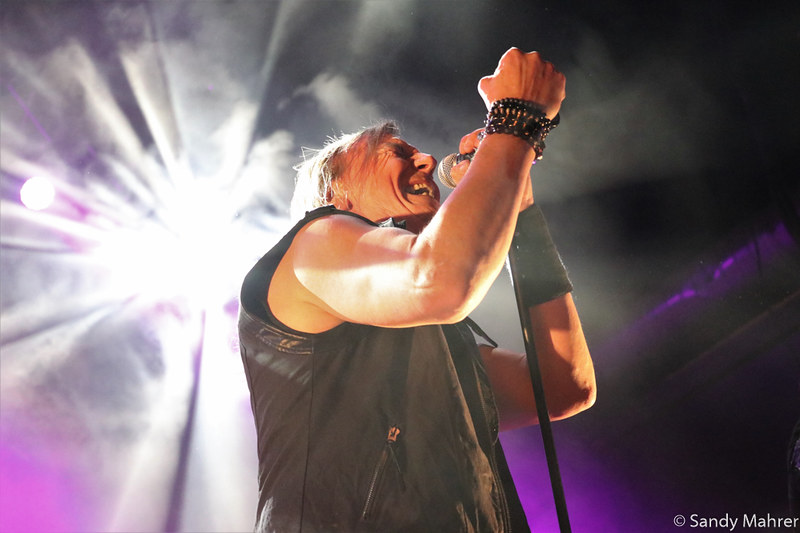 The later the evening the better the mood, not just in the audience but also on stage. The Pretty Maids Hits  “Pandemonium”, “Please don’t Leave me”, “Savage Heart”, “Future World” and “Red, Hot and Heavy” are sung along enthusiastically, and as grande finale they play a mixed Metal version of “We wish you a Merry Christmas” and “Jingle Bells” before they say farewell with the promise to return in 2019.

That’s what we hope, too, and I wish a Merry X-mas and a great start into 2019 to all you, my dear readers. And 2019 looks quite promising indeed regarding the concert calendar!