I still couldn’t believe that I was about to see Alice Cooper once again live in Rio on his “No More Mr. Nice Guy” Tour! And this only because the previous show in Curitiba was cancelled.
Thanks to that, approximately 2000 Cariocas (the natives of Rio) could admire the 100 minutes of Mr. Coopers Rock-Horror spectacle.

As I entered the empty Citibank Hall (the venue has a capacity of 8000 people), first thing that called my attention was the huge sheet painted with Alice´s face that was covering the whole stage. In the background his songs were played and the fans were already bustling of excitement, just like me. Around 22h the lights were turned off and the only thing we heard was the grim narrative of the actor Vincent Price as the character “the spirit of the nightmare” for the tv-special “Alice Cooper: The nightmare”, from 1975. The band, consisting of drummer Glen Sobel, bassist Chuck Garrick and the three great guitarrists Tommy Henrik, Damon Johnson and Steve Hunter, entered the stage full of energy and started with the thunderous “The Black Widow”. The audience shrieked like crazy! Alice showed up at the top of a ladder wearing a jacket with spider legs.

The heavy “Brutal Planet” followed as next and after that “I´m Eighteen”, with its sexy tunes. The fans screamed and sang along the whole song. To the delight of the roaring audience, more classics followed: “Under My Wheels”, “Billion Dollar Babies”, “No More Mr. Nice Guy” and “Hey Stoopid”. The atmosphere was really incredible!

Cooper changed costumes many times and played all the characters of the songs masterfuly, in an enviable theatrical performance. The next song was the new and very groovy “I´ll Bite Your Face Off”, where Alice wore a black jacket with “New Song ” written on the back sideof it. When he took off his jacket during the chorus, we could read the name of the song written “in blood” in the back of his shirt. I found this very creative!

In the classic “Only Women Bleed”, with extremely sexist lyrics, Alice danced and cuddled a doll, to beat her out afterwards in “Cold Ethyl”. In “Feed My Frankstein” the the fussy mass experienced one of the highlights of the show, when Cooper (dressed as Dr. Frankenstein) put fire in a machine and brought the gigantic and legendary Frankenstein monster to life (which actually looked like Alice). For me the real highlight of the night was the song that followed: “Poison!” We all headbangers screamed our lungs out and sang along every chord, it was simply Rock´n´Roll!

The whole theatrical performance went further as Alice during “Killer/I Love the Dead” was beheaded and bassman Chuck showed his best of stage presence. Dressed like a king, Cooper returned from the ashes to sing “School´s Out”, where he inserted a part of “Another Brick In The Wall (Part II)”. The combination was fantastic!

For the encore, Alice wore the shirt of the Brazilian national team and waved the Brazilian flag to the sounds of “Elected”, while he satirized Brazilian politicians. The final song Jimi Hendrix “Fire” let everybody leave the show completely in ecstasy. In one word: PERFECT! 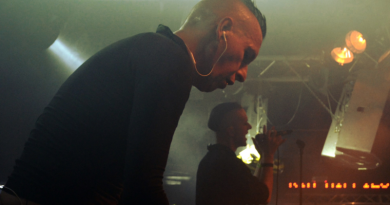