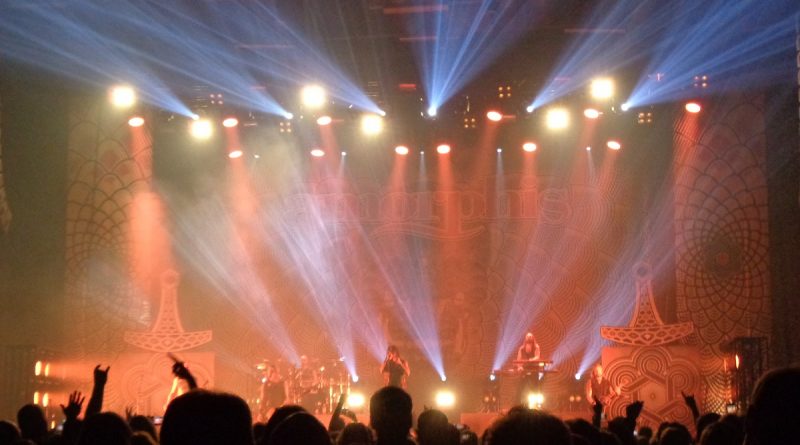 As mentioned in another report, there was a lot going on this weekend in Helsinki. However, the promoters of this gig should not be worried at all. In case it was not completely sold out, there might have been only a handful of tickets missing … at times you could hardly move from A to B in the Black Box, which is a part – about a 1/3 to 1/2 – of Helsinki Ice Arena, separated from the rest with huge black curtains.

And not just the location should induce goose flesh – the major part of the exceptional Danish  artist  Myrkur did so … A concert or a Shaman ritual? We drifted off into a parallel world, at the latest when the “Khaleesi” of vocal art all in white and her 3 black-hooded instrumentalist “dragons” appeared on stage in dim light and fog to take us on a mystical musical journey… The set list focused on the latest release “Mareridt”, the Danes surprised also with a brand new song, with English lyrics that invoke the brutal part of the Snow-White-tale – the one with the hunter in the woods, supposed to cut her heart and liver out…   The only thing I had wished for was having this goddess in white unleashing the beast a bit sooner in the set, and more often. As I was far in the front, I can only tell that the audience there was like me under a spell, almost put in a trance, yet I assume the rest in the already nicely filled Box felt the same. Once again a wonderful experience, both thumbs up!

When Amorphis took the stage I preferred to watch from the back just to enjoy the light show fully. It does not matter how often I have seen this band live, they seem to top expectations every time. What a show! First the excellent song material from the brilliant new album  “Queen of Time”, then this somehow perfect fitting surrounding – and even in the very back people were cheering and headbanging.

When they played older stuff like Cast Away, it became obvious how this band and their song material developed, they managed to get more complex and still keep true to their particular style. Something only a few bands accomplish… It was about the middle of the show when also here a Shaman appeared on stage for a moment of contemplation, namely Pekka Kainulainen, performing as he already did on the album for “Daughter of Hate”. Great!

A bit later I was closer to the front and noticed a normal microphone in Mr. Joutsen’s hands… oh, is the “toaster” broken? 😉 Announcements were kept rare, and I was a bit surprised that the band thanked the audience for attending so many times. Oh well, the first time in Jäähalli! Mr. Joutsen mentioned they feel like a real big band now…

Who had not sung along enough yet could do so for the encores, especially House of Sleep, and then a fantastic version of Black Winter Night – and that was the end of the show. Again, one of those that feel being way too short… so do not miss the next gigs* that are coming up! 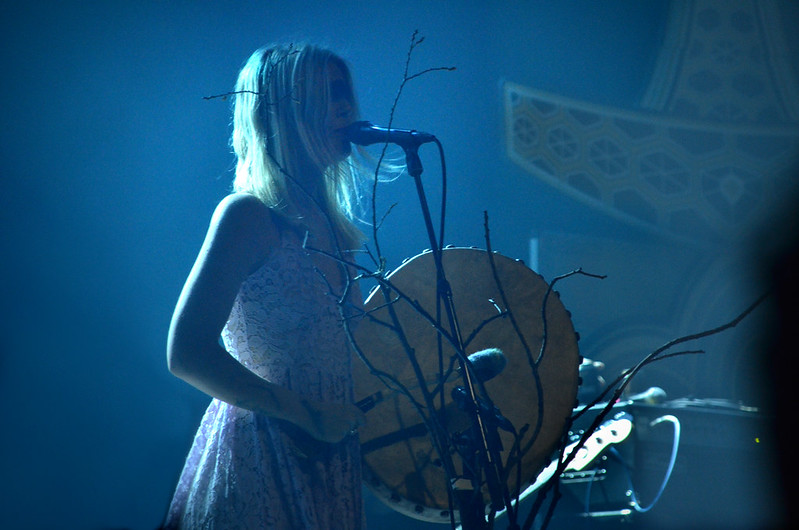 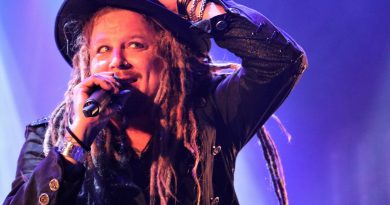