Lord of the Lost had been booked originally to the Mini Z7 but so many people come this evening that the Germans are allowed onto the big stage. And there’s another German band as support, hand-picked by the Lords themselves.

About 400 gather already at 20 h for Scarlet Dorn who have released their debut album this year. Probably they were invited to the tour because the Lord of the Lost Keyboarder Gared Dirge is also playing here. Their songs are soft and sinister and not really party material to warm up for LotL. Singer Scarlet’s voice fits those dark songs quite well but the sound was not the best and it was difficult to follow the lyrics. Unfortunately they did not play the duet with Chris Harms «I love the way you say my name”.

Lord of the Lost have always been a party band in their 10-year-career, and tonight it seems it was not quite enough party mood for the fans. The band has changed direction a bit and became much tougher on their  new Thornstar album. Most people here remember «La Bomba» or the Lady Gaga cover «Bad Romance» which are the ultimate party songs of this band. The crowd seems to hold back a bit but still the audience obviously enjoys this 120 min show. Singer Chris Harms even manages to play guitar despite the injury on his little finger, let’s wish him the best to heal quickly. Basically there’s not much to say about a LotL show, those guys know how to please the crowd.

LoTL Die-hard fans should take note of the anniversary shows on Dec 7 and 8, 2019  in Hamburg, tickets are on sale already. 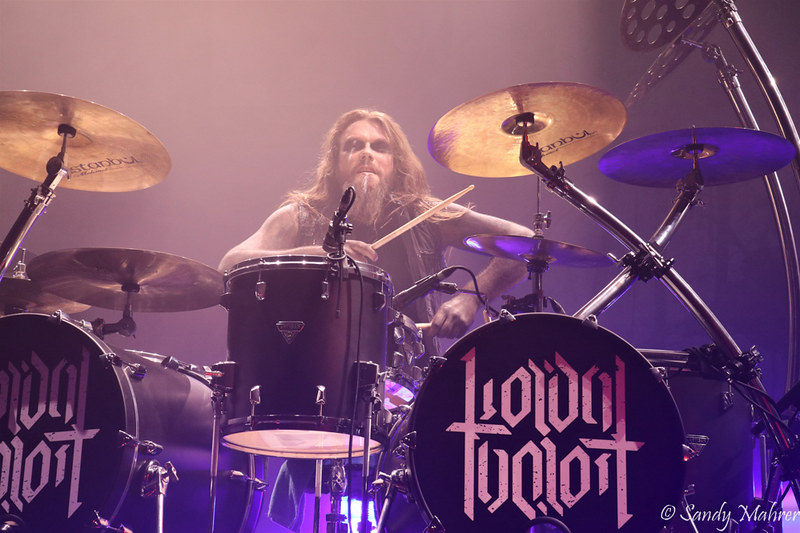