Many fans have been looking forward to see Pretty Maids, but sometimes the unexpected happens and a band cannot perform. Unfortunately it happens tonight. Arriving at Z7, a note at the entrance informs us that Pretty Maids singer Ronnie Atkins is ill and the show has to be cancelled, but the support act will play a longer set so people won’t have been travelling in vain. The tickets will remain valid for a re-scheduled replacement gig. A bit annoying for those who have travelled from far. It seems the decision was made at very short notice hence no warning could be sent out, but people are compassionate – and as a treat they receive a free Pink Cream69 gig with more songs than usual on this tour, plus a lot of pyros (which have presumably belonged to the Pretty Maids show). The band does a great job and offers a variety of ear candy to the crowd which singer David Readman comments partly in English, partly in German. The audience enjoys the show and cheers the performance von Pink Cream69. After about 80 min they conclude the show with «Shame» and the evening ends early at 21.30 h.

After the show, Ken Hammer, Rene Shades, Chris Laney and Allan Sörensen  enter the stage to address the fans and apologize for the cancellation, promising a replacement gig as soon as Ronnie feels better. Ken Hammer retains his sense of humour, announces that he has been waiting for 40 years to have the microphone all for himself and that the band will join the fans at the merch table in a few minutes. And so they do, hang out with their fans, talk with them and give autographs.

The Z7 club and Pretty Maids have found the probably best solution for this problem and it is nice to see the compassion of people. We wish Ronnie Atkins “get well” and hope to see him back on stage very soon. 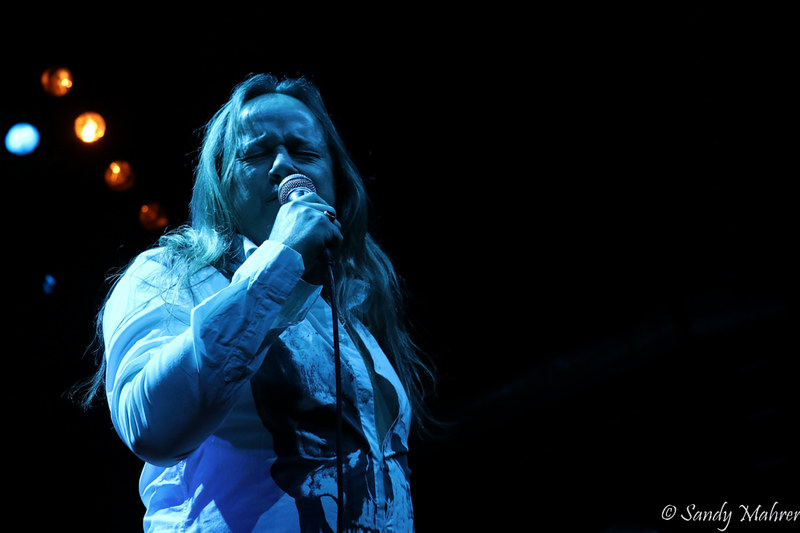