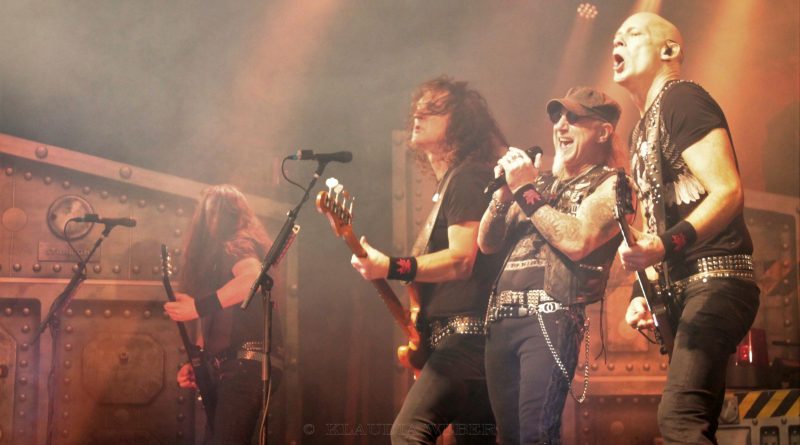 German Metal dinosaurs in Helsinki on a Sunday – could this work out, as there was another music legend drawing attention on the same evening  (Depeche Mode)? When Night Demon, the support act from California, kicked it off it did not look too promising … It was the last tour show for those US Americans with Accept (who still play several gigs in Ukraine and Russia ’till March) and their very first ever in Finland, therefore they gave it all right from the start. Naturally their Priest-meets-Maiden plus some influences of the headliners appealed to the crowd, and in the second half of their set even a part of the Finnish audience warmed up to them. Before they ended their impressive show with Maiden’s “Wasted Years”, a Demon entered to haunt them on stage – as the band told me afterwards, they do have a mascot but there were some surprising elements to qualify as final-show-prank.

Perhaps it should be mentioned that the situation had changed during my photoshoot and met my expectations: An almost full pit, and still fans arriving, some – so I heard – even from Tampere. And by the way, maybe I should consider taking on guitar lessons after this surprise plectrum gift when I happened to look at my cell, posting a snapshot on our Instagram (#stalkermagazine.rocks) … More photos HERE or on Flickr. 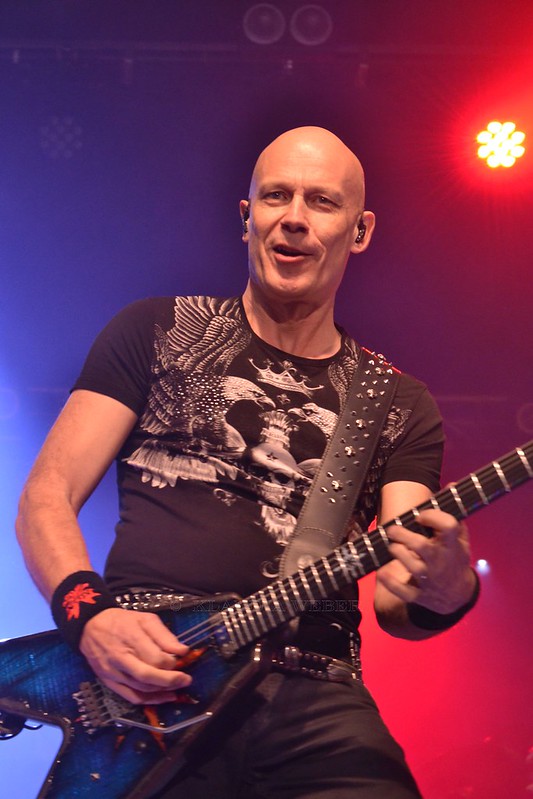 The fans didn’t have to wait long for the headliners Accept with their massive show. Pros like Wolf Hoffmann, Uwe Lulis (guitars), Peter Baltes (Bass), singer Mark Tornillo and Christopher Williams on Drums do know how to have Metal Hearts beating faster for almost two hours. What a great gig – those lights, the stage decoration, the smoke effects, the legendary string section “ballet” , besides a great set list and a true entertainer as a front man. Mark addressed a fan, for example, who held up this sign “Uwe is King”: “How much did he pay you?” Well, basically with all those legendary hits as back catalogue, what can go wrong? Just add the skills and the fun those guys have on stage, and you get an irresistible show.

The audience could warm up their vocal chords pretty early in the set with Restless & Wild so that later they could go along loudly with the sing- and chant-along parts. Naturally some songs of the recent album “The Rise of Chaos” were added, and when they played Koolaid I had this great update idea: How about they advise not to eat washing detergent pads instead? Goose-flesh inducing  Bolero-solo by Cheshire-Cat Wolf Hoffmann leading into Neon Nights … there was the point when the observer became the enthusiastic participant … For me it was especially satisfying to witness people freaking out at “Princess of the Dawn” – people who were not even born when the album with the song was released…  Accept showed once again why they have become the standard other bands are judged upon. The final “Balls To The Wall” featured also this huge Gong in the back of the drum kit. Well, I could hardly hear anything of it because the audience was cheering so loudly… Summing up, a great show and I recommend to check out this band at those upcoming summer festivals! 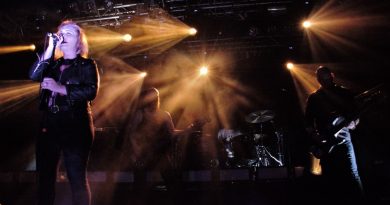