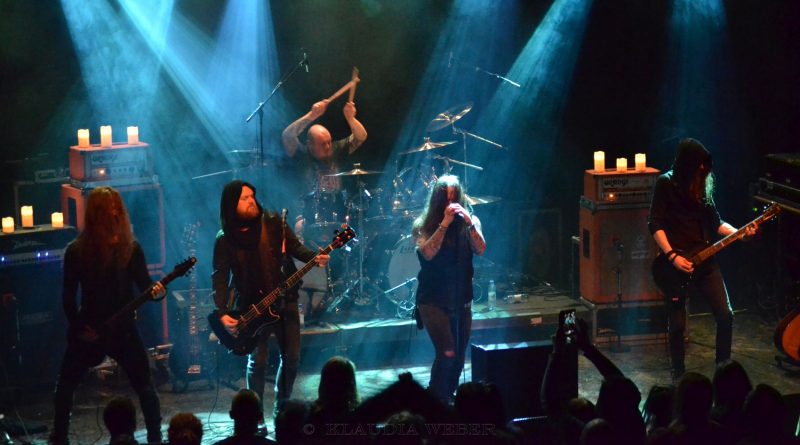 Many music fans had to make a bitter choice this evening between many remarkable concerts in town – e.g. a sold-out Kraftwerk gig at Finlandia-Talo. For me it was easy, nothing could top the live-debut of the All-Star band Hallatar (and as it turned out, a lot of people shared this opinion) … Plus Hanging Garden as support, a band that I have enjoyed following for quite some time (see our interview from back then). Tonight the band featured Kimmo Tukiainen (The Chant, Diablerie), who replaced Mikko Kolari on this Hallatar mini-tour, and guest singer Riikka Hatakka for two songs. Their semi-acoustic show focused on their atmospheric songs (e.g. Elysium, Towards The Sun, Embers) which was a good choice for this particular evening. Still I wasn’t the only one who would have enjoyed some heavier stuff too (e.g. my all-time-fave “Ten Thousand Cranes” … who hasn’t heard this band before should check out their latest video clip.

Maybe it was only the band members themselves – who hardly ever meet for rehearsals – having concerns that this Hallatar stage premiere could not turn out an awesome event. Just look at the line-up:  Band-Mastermind Juha Raivio (Swallow The Sun) on e- and acoustic guitars, Mika Karppinen alias Gas Lipstick (Ex-HIM) on drums, Tomi Joutsen (Amorphis) on vocals, Jaani Peuhu on bass (he had recorded and mixed the “No Stars Upon the Bridge

” album) and last but not least Juho Räihä (u.a. Before The Dawn, Gloria Morti) who has just recently substituted for Juho in Swallow The Sun shows. No wonder, both guitarists share a faible for delicate detail and therefore harmonize brilliantly when on stage together. 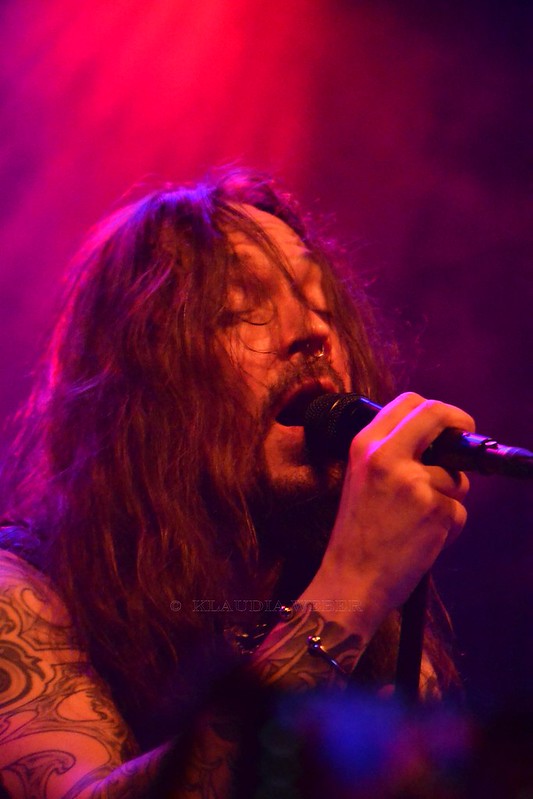 An arrangements of candles on the amps, Jani and Juha impersonating the Grim Reaper – no more was required for the appropriate Doom atmosphere. Pain, anger, sadness, the difficulty to overcome the loss of a loved one, translated into music – this was not that easy to digest as an album (see REVIEW). Naturally the live version was even more emotional, when Tomi’s physical expressions underlined the vocals and lyrics, or when Juha tried to become invisible or at least hide himself completely. There were moments of total silence – when the cheering had stopped but the next song did not start right away – as if the whole audience collectively held their breath in awe. Perhaps the band interpreted this as “mishap”, for me it was the uttermost expression of respect for the artists, the intensity or the performance drawing the crowd into all this emotional turmoil of every song. The album was played from start to finish without interruption, only before the encores Tomi spoke to the crowd, thanking everybody for attending the show.

In case you had not felt the occasional lump in your throat before when hearing Aleah Starbridge on tape, you must have had gooseflesh at least listening to the final Trees of Eternity songs Broken Mirrors and Gallow’s Bird from the Hour of the Nightingale

album  – or Aleah’s poignant words ending the show: “Life begins where a journey ends” … thus a night of Doom music and gloom turned into celebrating the triumph of hope, a celebration of love and of life. 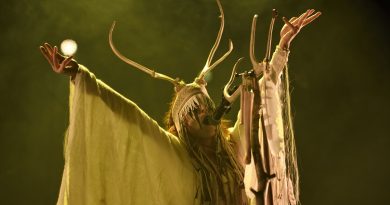 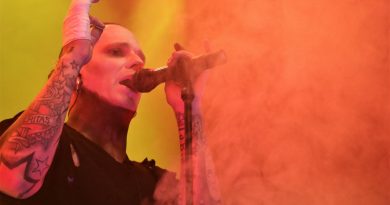