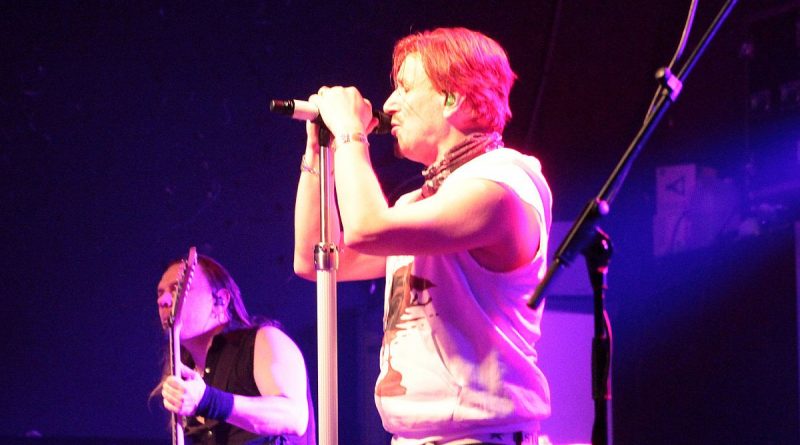 Tonight’s suport band would actually deserve a spot as main act. It is ”Dark Sarah”, a Finnish band, that is way too underrated in my opinion. How do I describe them? A dark rock musical with a gothic touch and classical influences? It’s pure beauty for your eyes and your ears. Something you should most definitely check out. Their newest album ”The Golden Moth”, which will be released in late spring, is already the 3rd and last part of a trilogy. The first album, ”Behind The Black Veil” was released in 2015, followed by ”The Puzzle” only one year later.

Heidi Parviainen’s voice is simply awesome, showing classical influences. Her male counterpart J.P. Leppäluoto is probably known to you as the charismatic frontman of Charon, and his voice is pure black velvet. Even though the venue is not yet filled, probably to blame on not too good weather, and extremely slippery roads, the spark is there right away when Heidi enters the stage. The opening song ”Island in the Mist” and the following ”Hunting the Dreamer” are sung by Heidi alone, then J.P. enters the stage.

All in all the band performes 9 songs, and when I say perform, than I really mean perform. Heidi’s and J.P.’s voices are a perfect harmony, and my absolute favourite is ”Dance with the Dragon” (for which a great video was made).

So go check them out, and I promise, you will love them! 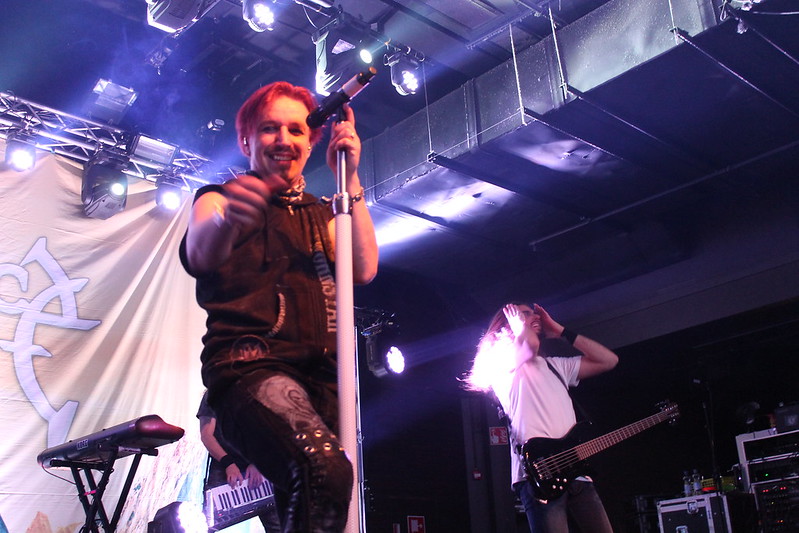 Then it’s time for the main act of the night, Sonata Arctica.

This is my first Sonata Arctica concert – who I have seen so far on numerous festivals, more than once as the reason to finally go and buy that festival ticket. Their albums are neatly lined up in my CD shelf, their shows have always been great, and I had been looking forward to this concert.

So here I am. The intro is Jacques Offenbach’s Galop Infernal, or better known as that French Can Can song, and has me giggle. I love such humor. And then the band enters the stage, in extremely good mood, starting off with ”Shitload of Money”. Tony has the crowd wrapped around his little finger right from the very first second, and that lasts all the way until the very last note of the night has been played. If he waves, everyone waves. If he jumps, everyone jumps. No encouragement needed, just at the snap of a finger. Everyone seems to know every word of every song. I can’t remember, when I have seen such an enthusiastic crowd the last time, or to put it better, such a response and bond both ways, between a band and their audience.

The set is full of hits from throughout almost all albums – almost, because Winterhart’s Guild is not represented. But probably, there is just too many gems to choose from these days. A couple of songs on the setlist, ”Till Death’s Done Us Apart” and ”White Pearl, Black Oceans, Part II” from the actual album ”The Ninth Hour” have their live premiere on this tour, and White Pearl Part I and II are performed as one, finishing the story, that began on ”Reckoning Night” in 2004.

At some point Tony says ”Now it would be the time that we left the stage, and you called us back with we wante more, lisää or Zugabe, but since I’m sitting so comfortably right now, we can skip that, and just continue.”

Next is ”Tallulah”, the one song, that just has to be there, and each and every time, it gives me goose bumps, no difference now. Yes, you have guessed right: everyone knows the lyrics!
The two last songs are ”The Wolves Die Young” and ”Life”, and then, the obligatory Vodka outro. Oh, you don’t know, what that is? First a competition, which side of the audience can shout ”Vodka” the loudest, followed by ”Vodka, We need some Vodka”, a short tune that ends each and every show of Sonata Arctica. And I would actually have been disappointed had today been different.

So, folks, if you need an extreme kick of energy, lack good mood and enthusiasm, buy a ticket for the nearest Sonata Arctica show! Your doctor’s order! 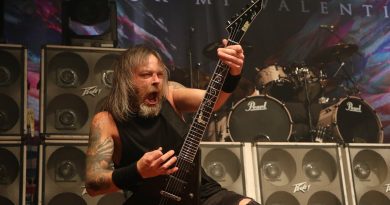