The first nasty autumn day in Switzerland should be brightened by tender female voices at Z7 – let’s see if this can indeed keep icy winter winds at bay.

First on stage are Swiss Cellar Darling who released their debut this year. Singer Anna Murphy had been with Eluveitie before, just like co-musicians Merlin Sutter and Ivo Henzi who together formed Cellar Darling after their departure from Eluveitie. Musically they provide pretty experimental Folk Rock, and I have no idea how to define it, it’s simply something new. No easy music with repetitive vocals, probably not everyone’s tea. I am more impressed by Anna’s musical talent than by her vocals, the songs could be more diverse. But great stage presence, and quite good what they have come up with in such a short time.

Tonight’s highlight should be Serenity. Although I see them as a Kamelot copy, they were by far the most convincing act of this evening. Those Austrians have many fans in Switzerland and I am sure that quite a few people came just for them. The guys around singer Georg Neuhauser deliver a good show too. Singer Tasha who has been part of the band since 2015 does a good job too but fades a bit into the background when Georg joins in. The only thing worrying me during their show was a pedestal that seemed unfit to carry a singer. But luckily this nice gig went by without accident.

Normally you get the chance to shoot photos during the first three songs and nobody minds that people take photos afterwards from the audience. It does not make much sense to prohibit that in the age of smart phones. But this time it’s strict orders not to take out the camera after those 3 songs. I don’t care as I don’t make photos afterwards anyway, but many of my colleagues, who tend to shoot during a whole show, were disappointed, and maybe not all of them followed orders… 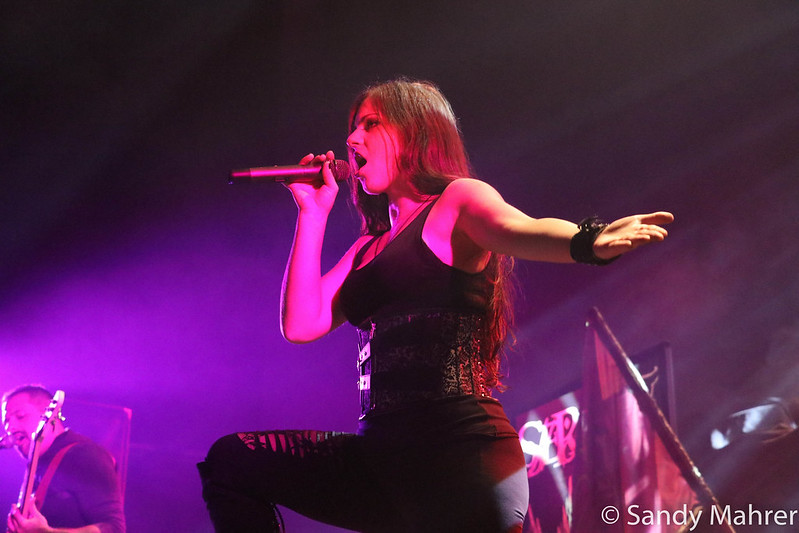 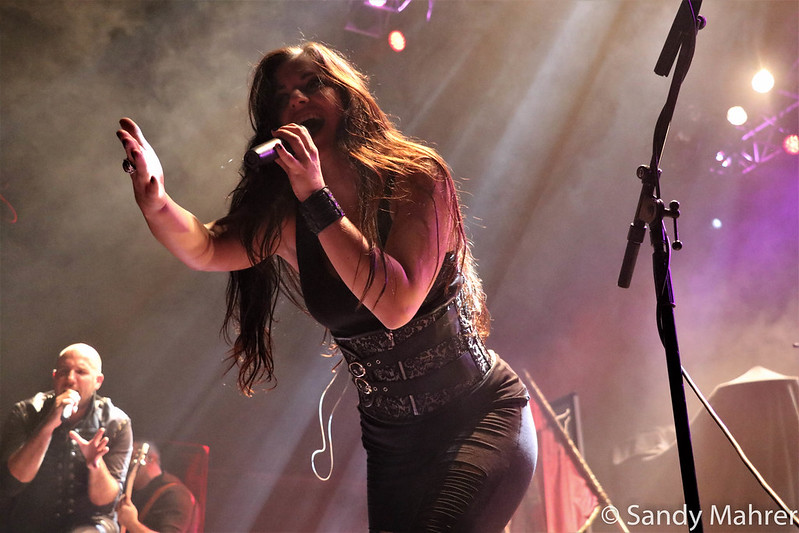 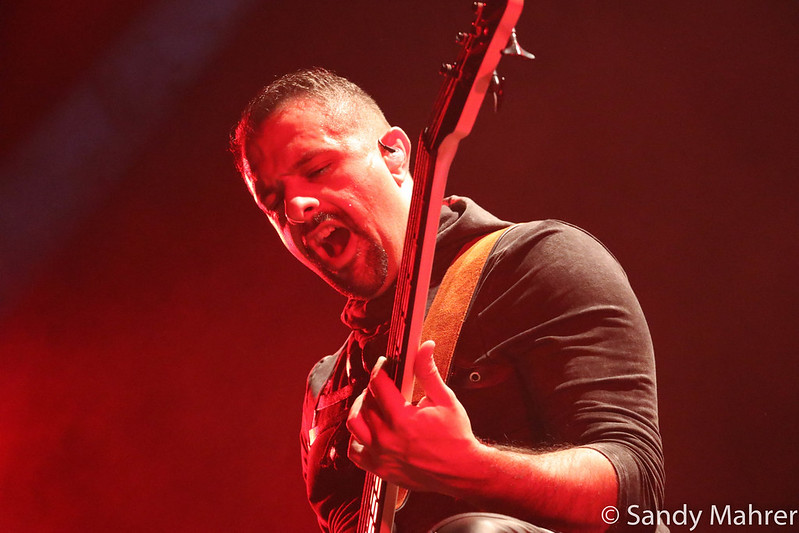 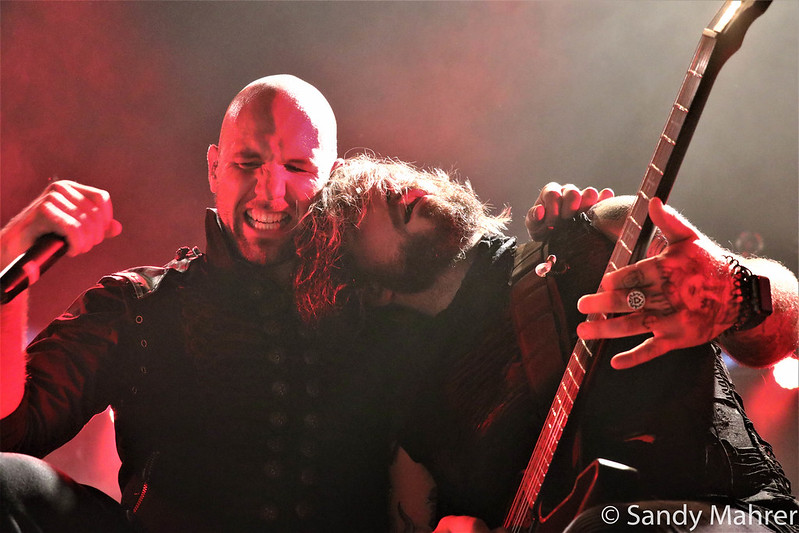 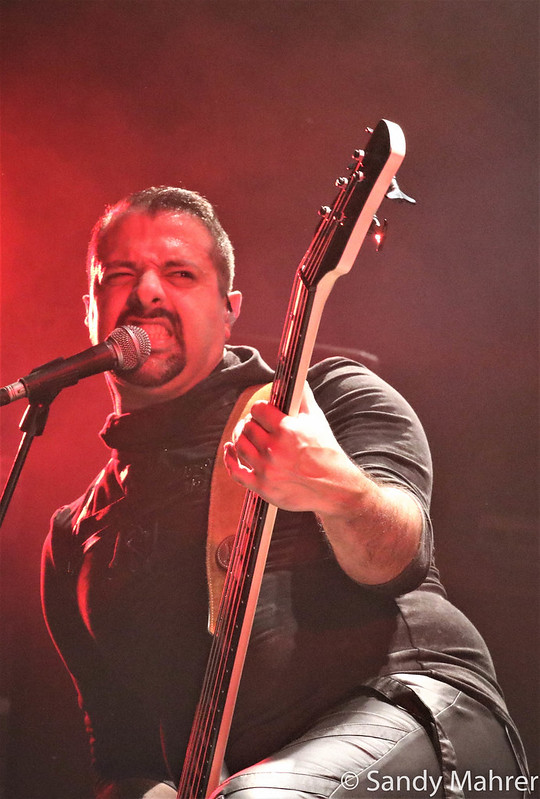 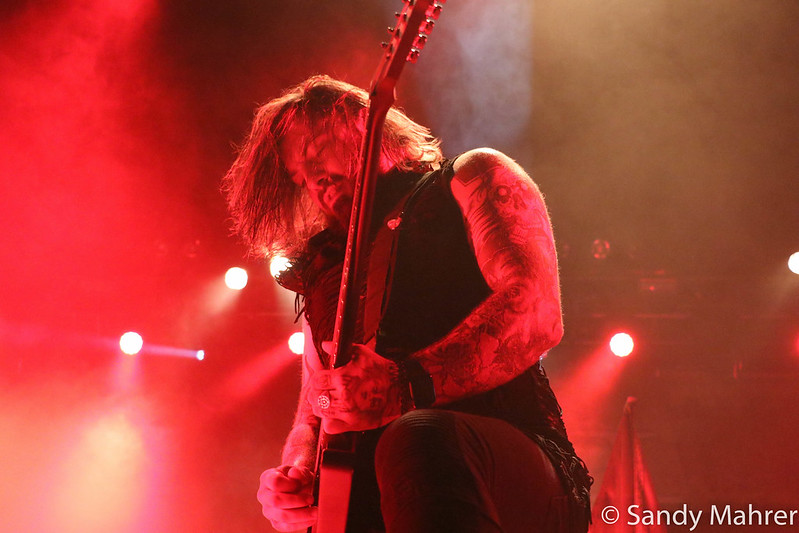 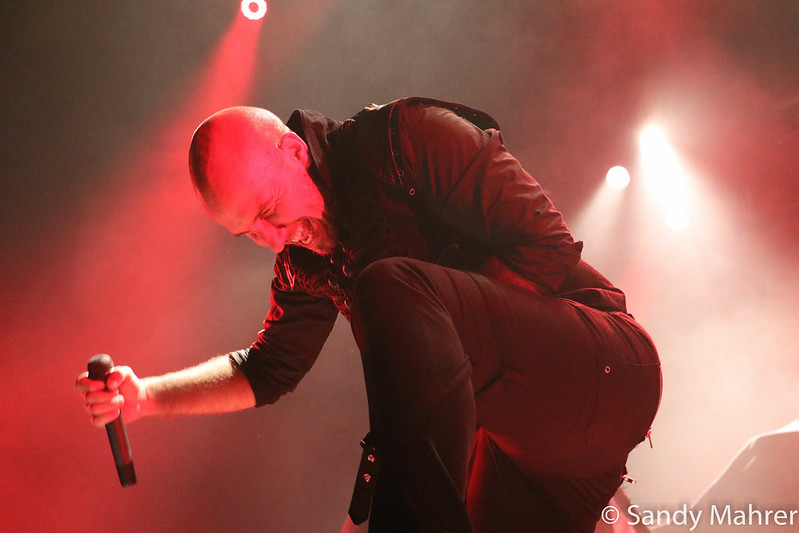 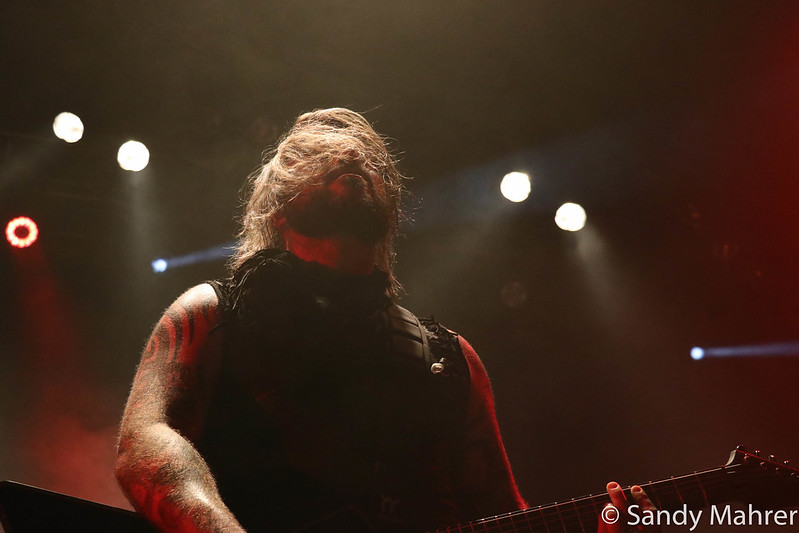 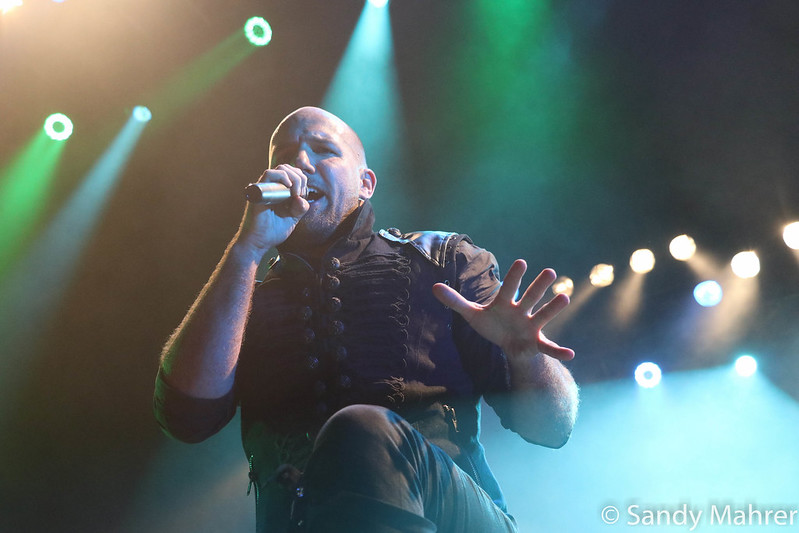 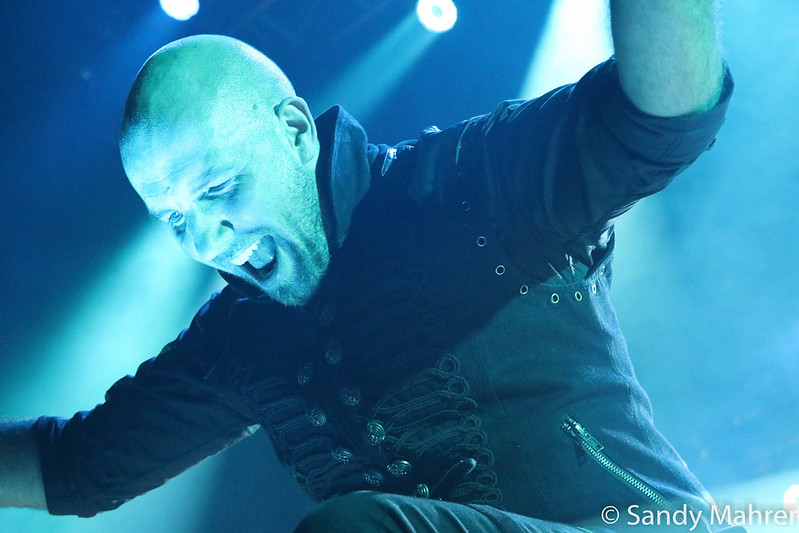 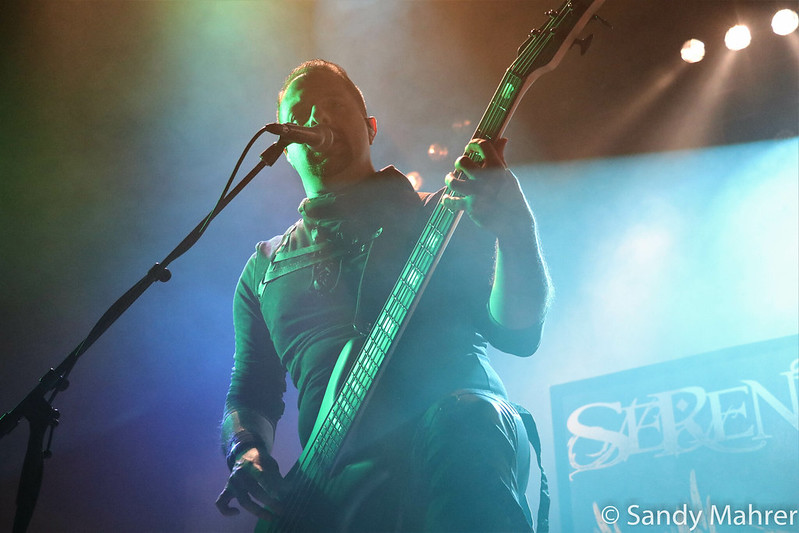 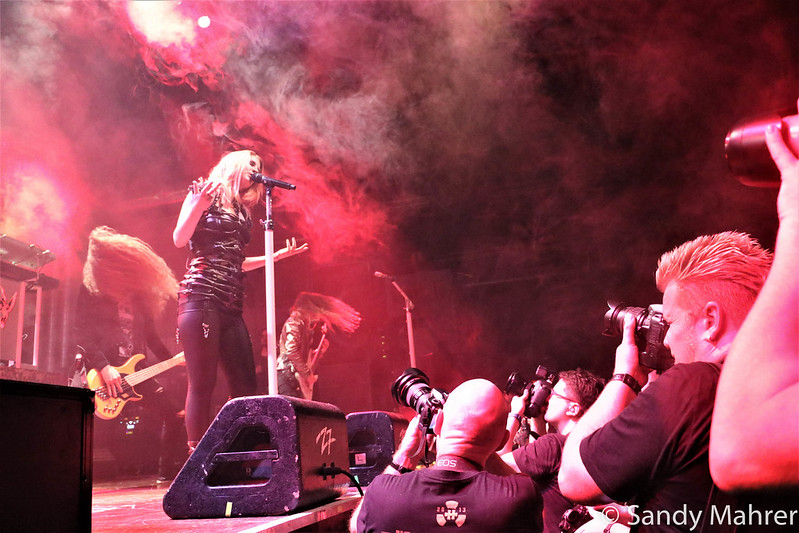 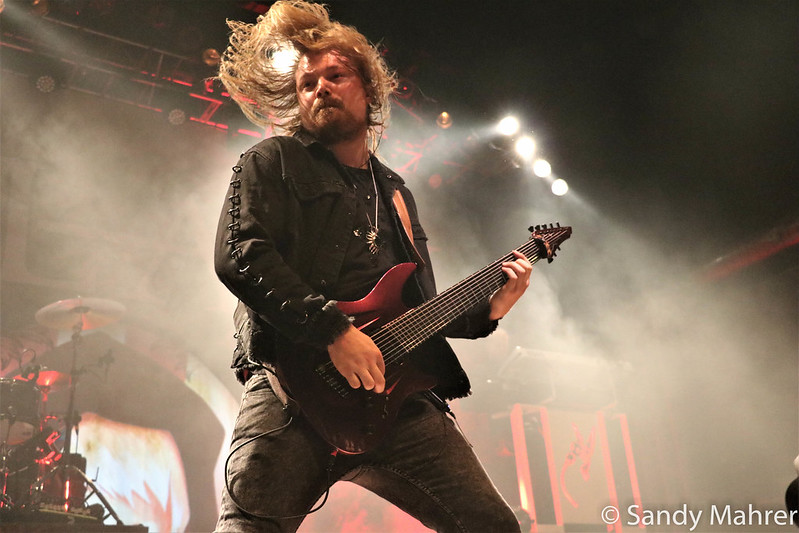 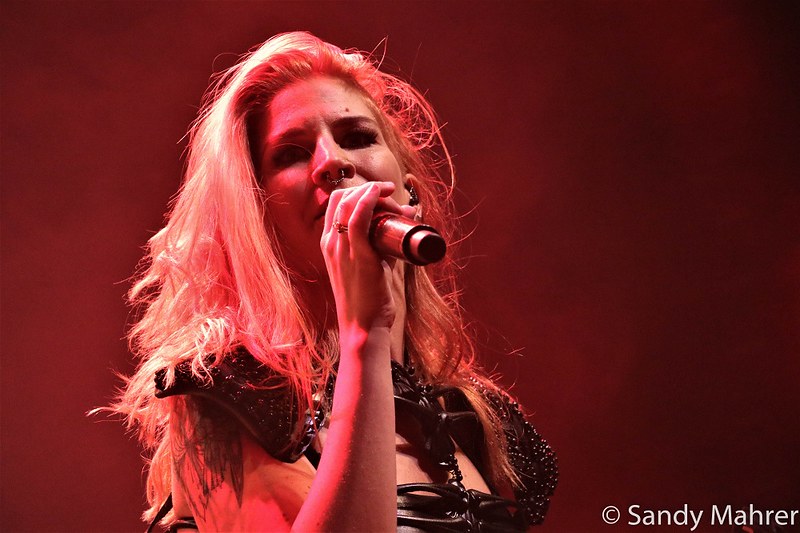 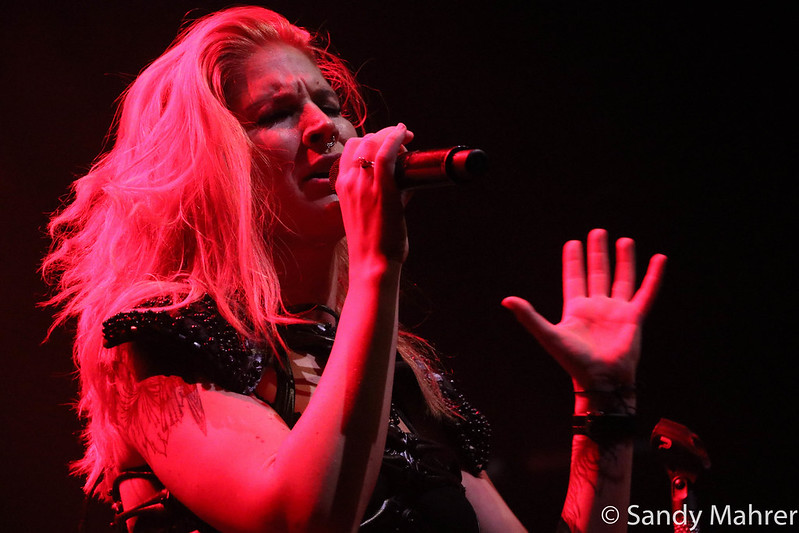 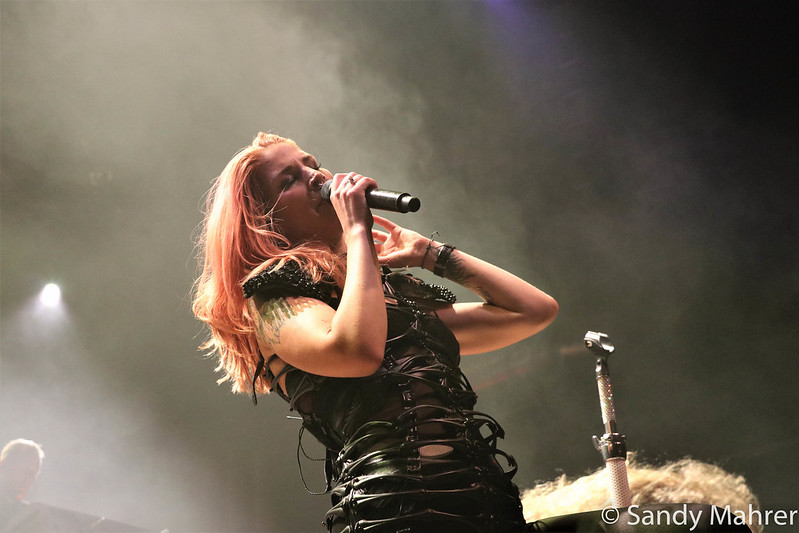 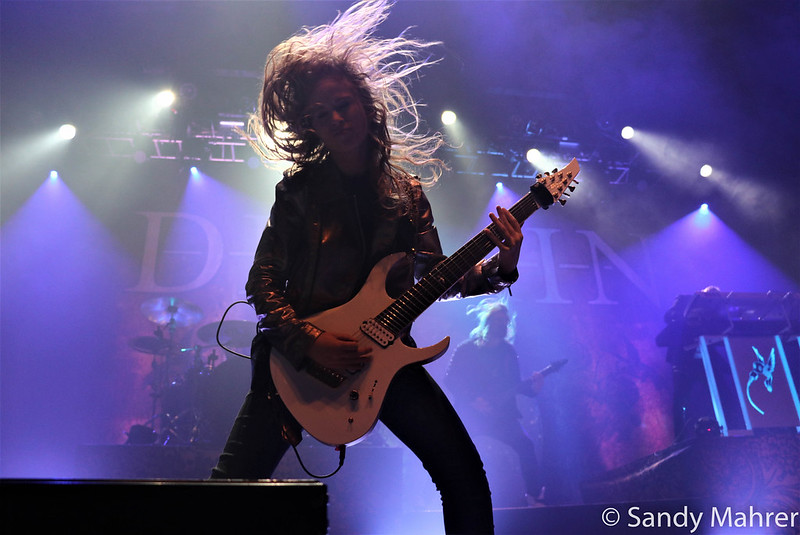 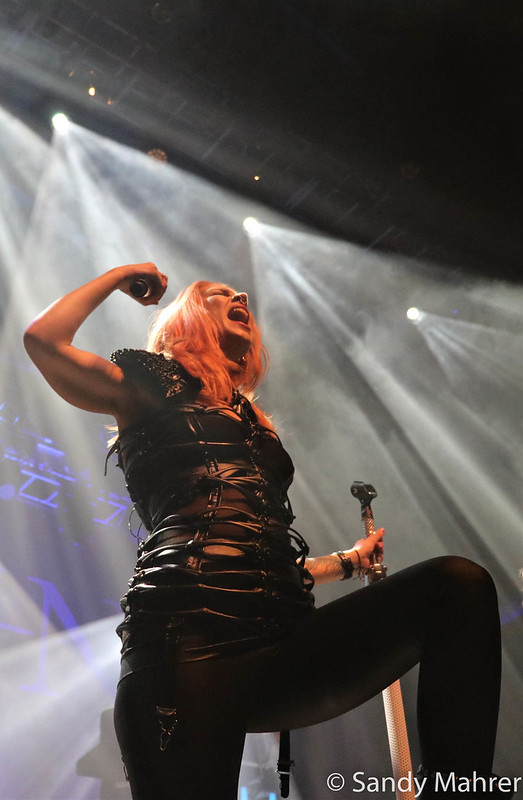 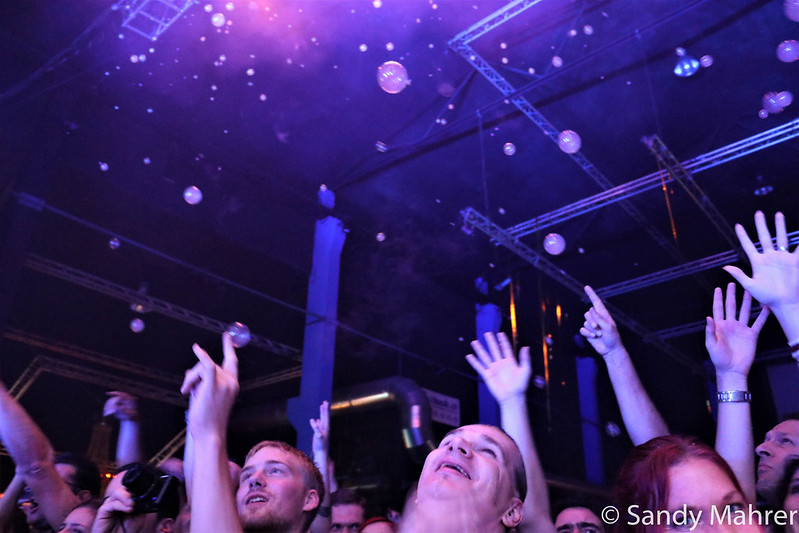 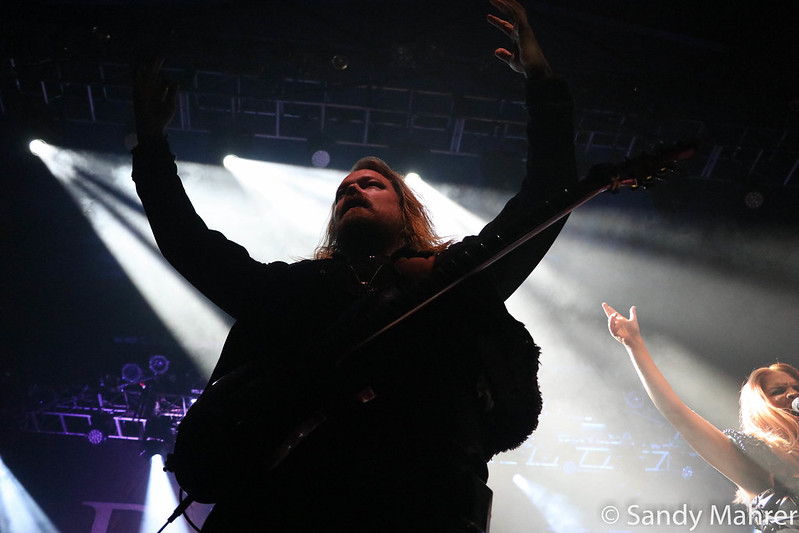 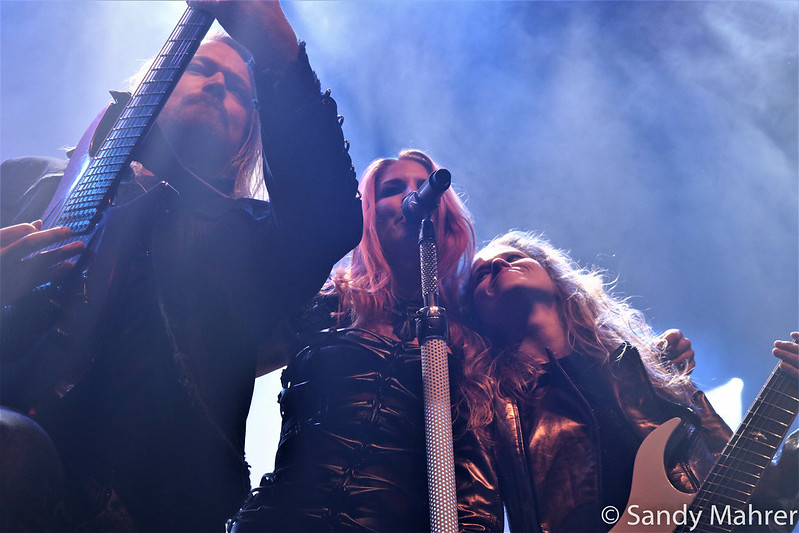 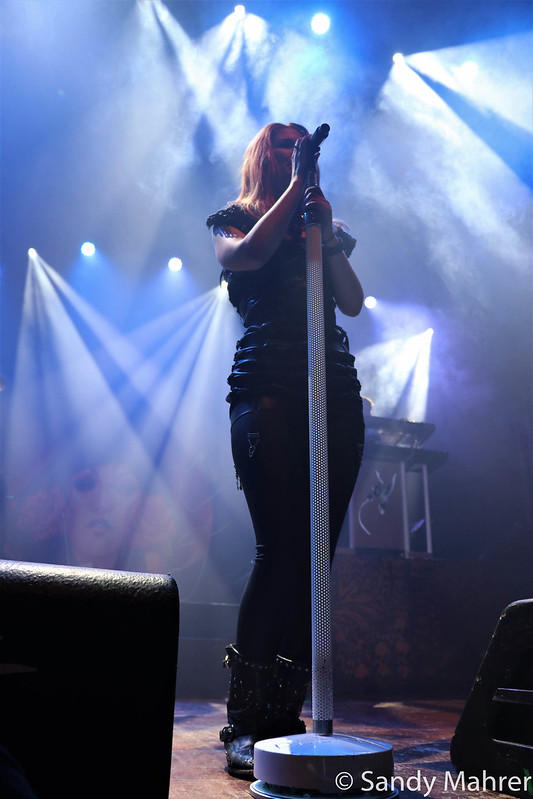 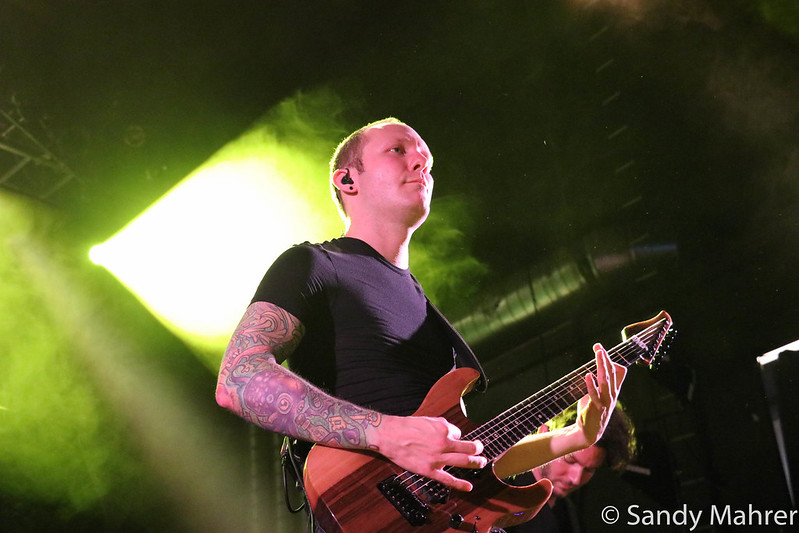 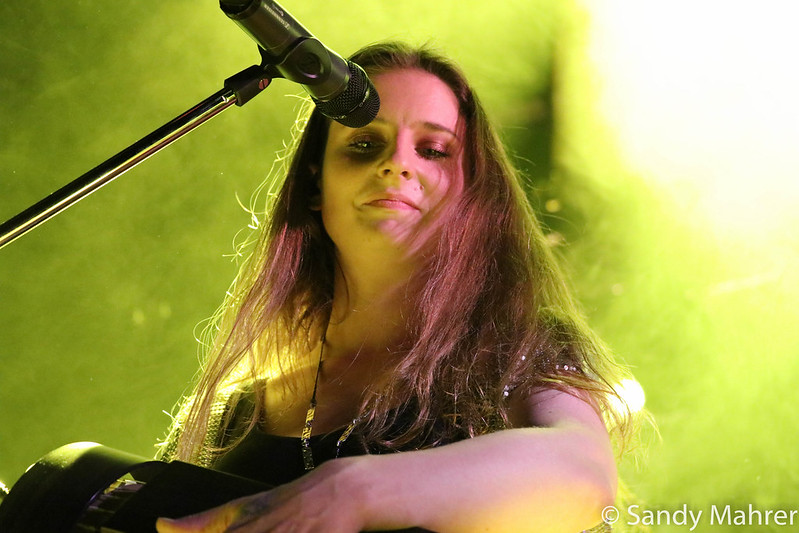 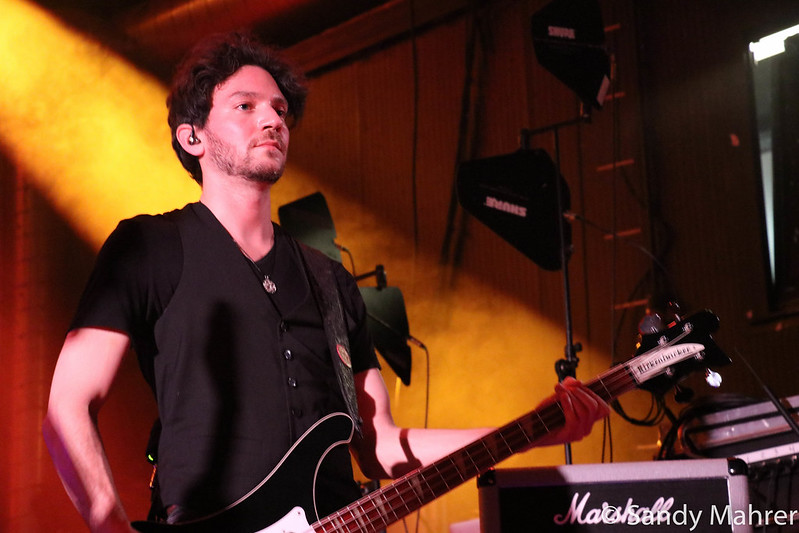 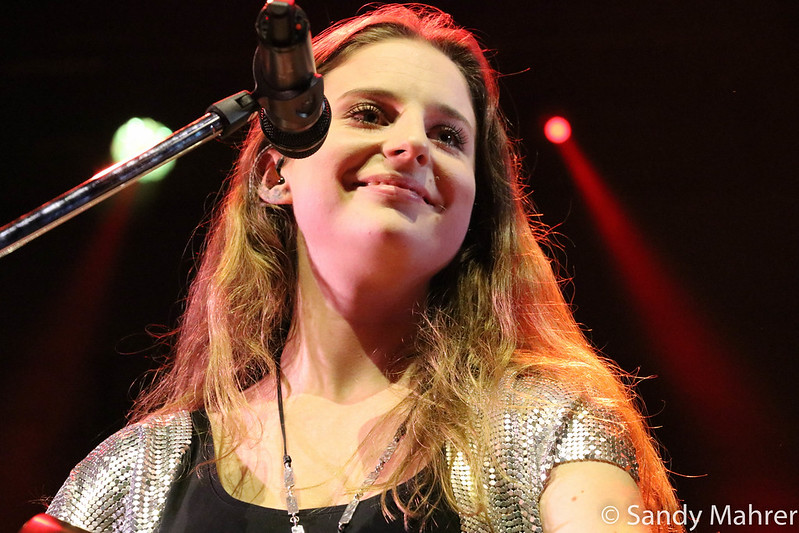 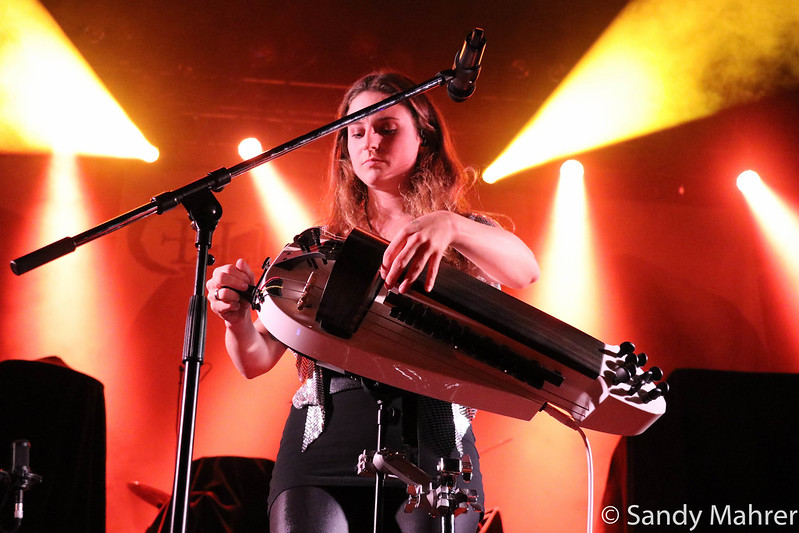 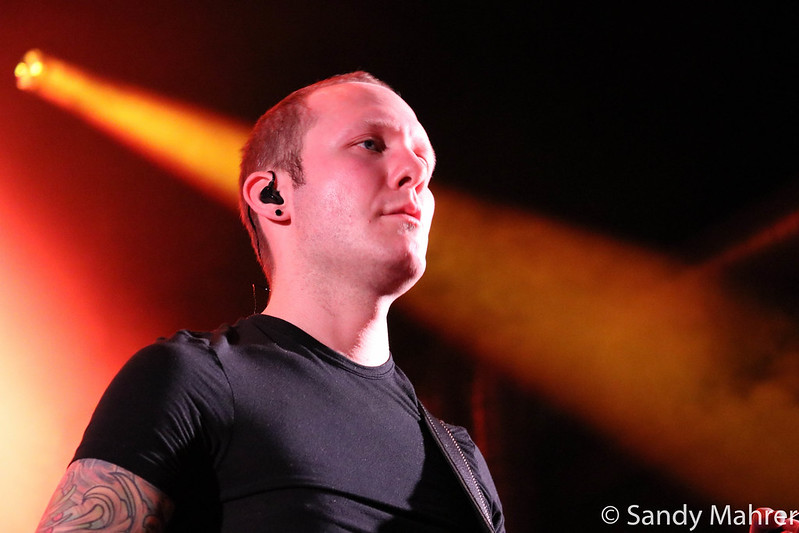 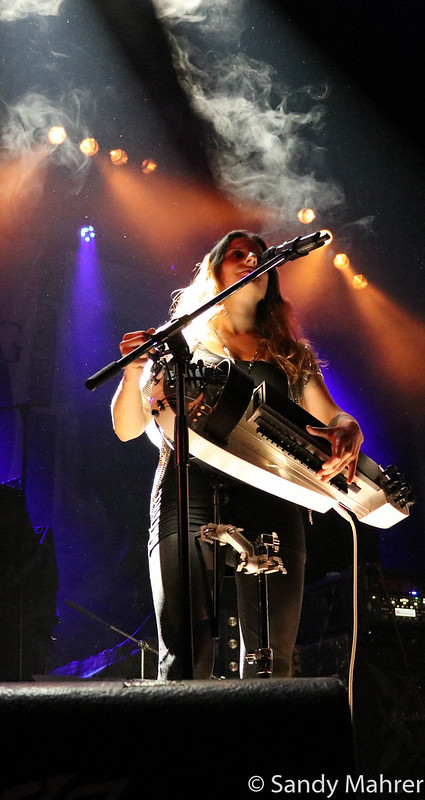 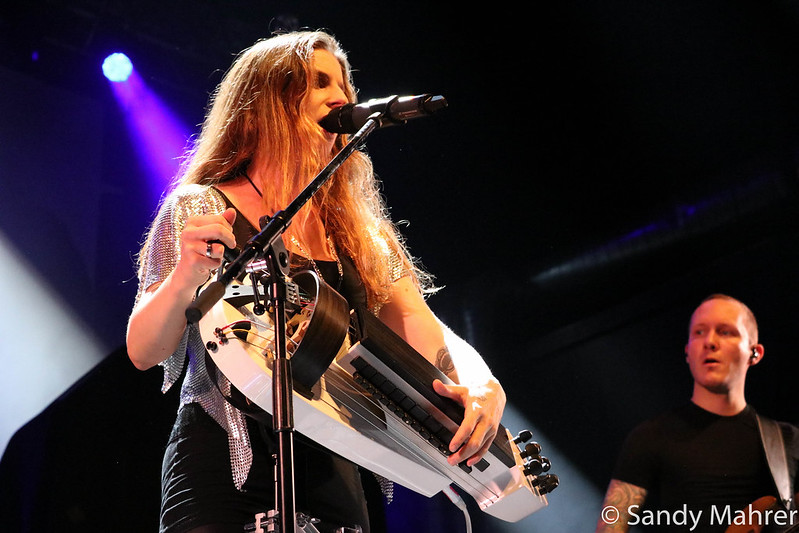 Reason for this Special Order is the Special Guest of Delain,  Marco Hietala of Nightwish. About half of the audience who were not here for Serenity might have showed up because of him, judging all those Nightwish Shirts and Tattoos. it has been a while that I had watched Delain and I do not recall such a lot of Pop music, especially concerning the new songs. But singer Charlotte always offers a nice show, those costumes and always a new hair Color on tour, not to mention the illuminated microphone stick. And there is more, bubbles with smoke inside, which has the audience go “aaah”. Yes, you can guess, it is the more commercial «Metal» style being offered here. The audience is a mix of old and young fans, and a lot of people you hardly ever see at a Z7 concert. Marco drew a lot of people, maybe also to prepare for yet another Nightwish line-up change? So far all singers who got pregnant got sacked, is Floor Jansen next? We’ll see …

As expected you were not allowed to make photos of Marco Hietala – no idea whether because of him or hi label Nuclear Blast, but you can definitely find photos online made by fans with their cell phones, just to prove he was actually there. Unfortunately the voices of Marco and Charlotte do not fit at all, and he held back a lot. A bit disappointing, it almost felt that he did not really want to be there. After two songs they are done, and Marco promises to come back later. But I cannot take this Happydeppymetalsongs thing any more, therefore I leave after eight songs. Marco does not quite fit into this, I prefer to  watch him with Tarot or Raskasta Joulua where he can show off his powerful voice. Summing up, when a mash-up of musicians happens for marketing purpose only, it does not guarantee a great experience.