Tonight is a Sammet night…… and an night providing everything, entertainment, Metal gig, comedy show – this all is contained in an  Edguy concert.

New is a Z7 rule for photographers, you can only enter carrying your equipment in a suitcase, for security reasons, which I only find out at the entrance, which means I got to get back to the car to switch my small handy photo bag with a big silver case (which does not make sense as I carry a rather small camera). Basically this the new bags rule at Z7, handbags should not exceed A4 size and cameras in a suitcase that rather looks like carrying a sniper rifle to a concert. Especially when considering those huge suitcases with all kinds of lenses that can be 1,5 m cases on wheels. Next time I come with such a “rifle” case, or maybe I should carry my make-up case to every show, for your security?

(The ed: This text was written before the Las Vegas events – and maybe those new suitcase rules become once again obsolete just because of what happened there… )

But now to the concert report: Openers are The Unity feat. Gamma Ray musicians Michael Ehré and Henjo Richter who formed this band together with Stef E, Jogi Sweers and singer Gianba Manenti. The latter had already been part of Ehré’s other band Love.Might.Kill. This May they released their debut CD which I totally overlooked, therefore this Edguy tour is good for them to expose more ears to their sound. Their music obviously pleases the audience in the quite full club. Spirits are high, yet singer Gianba is not quite the showman compared with Sammet, he does not speak that much. The Unity might not offer such a huge stage show, but their music is superb. 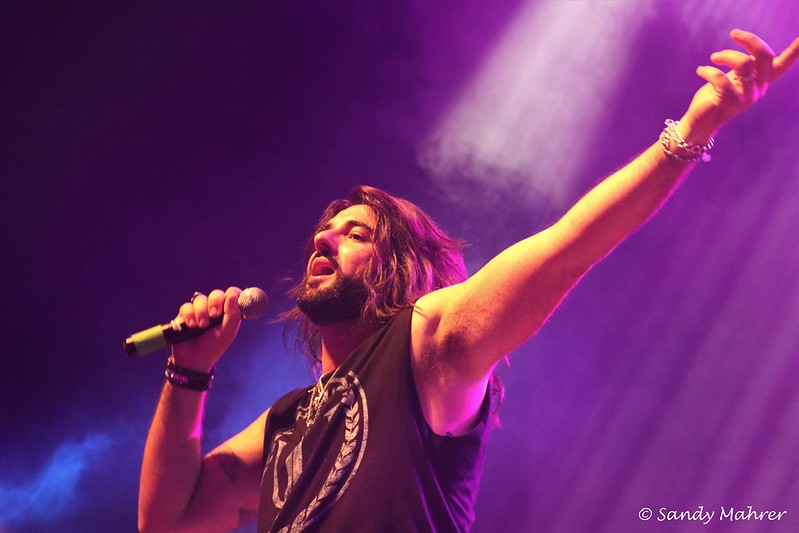 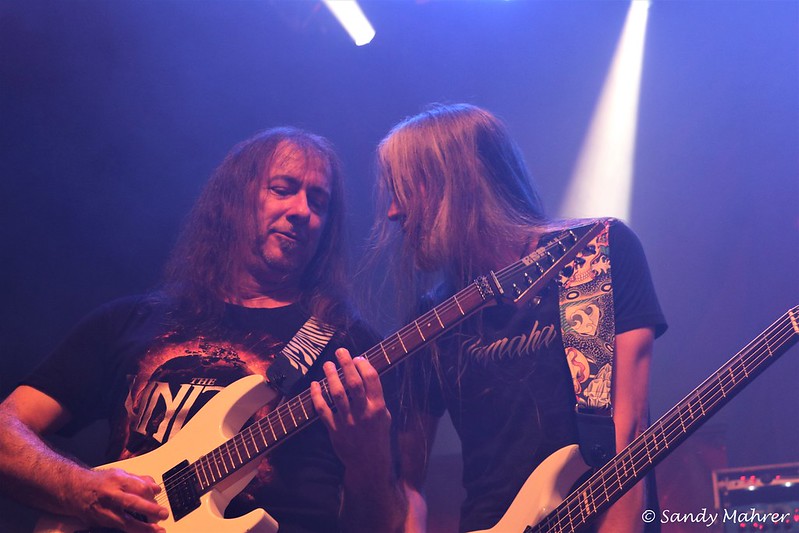 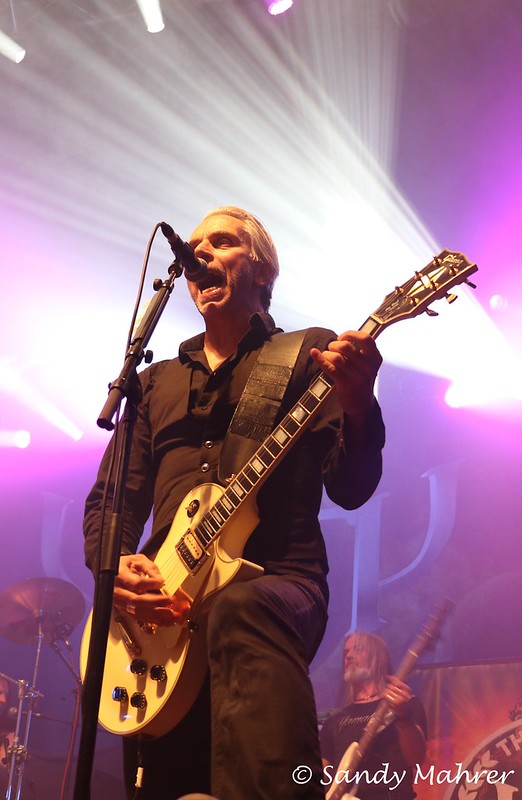 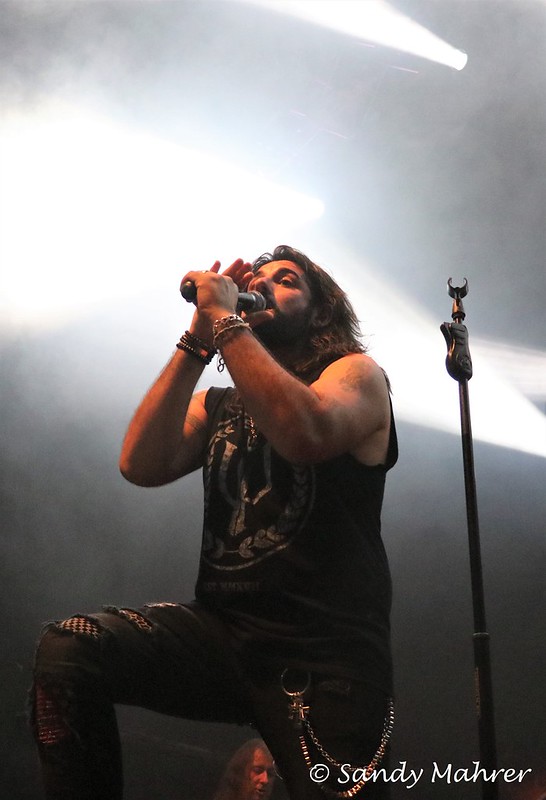 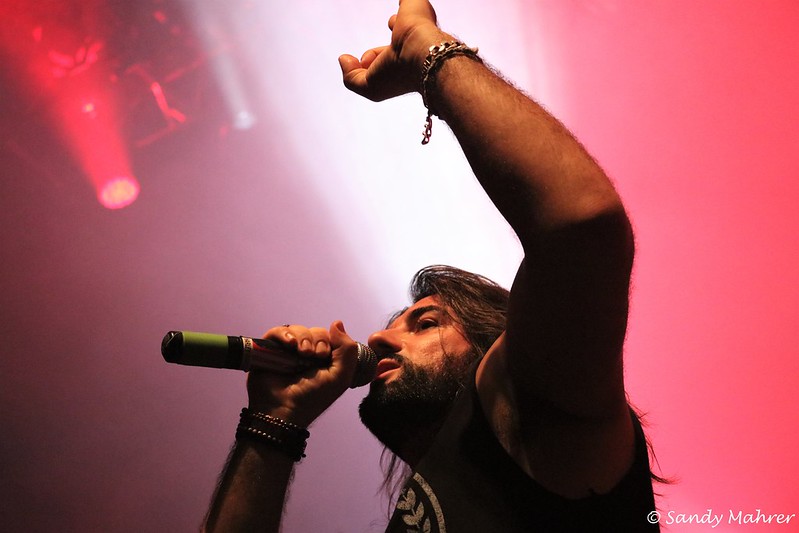 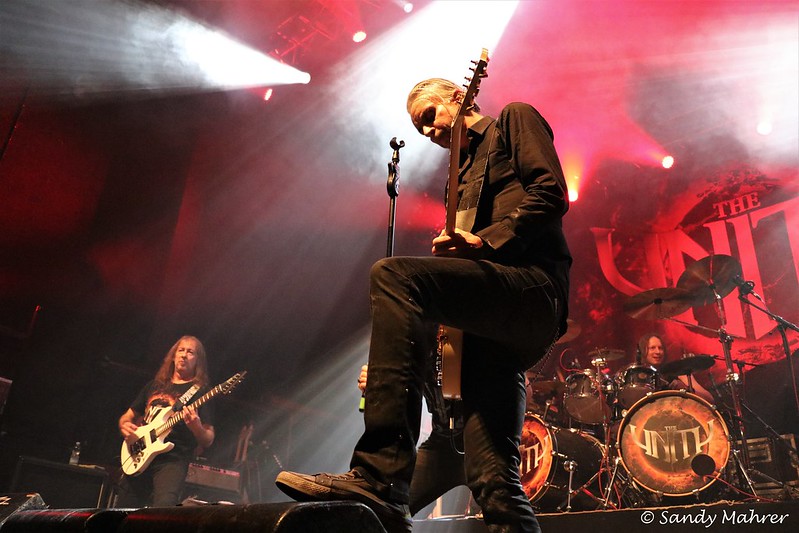 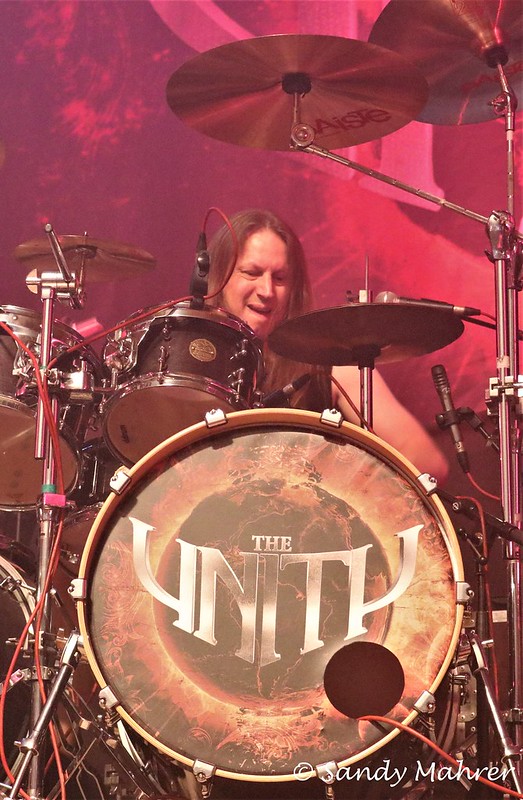 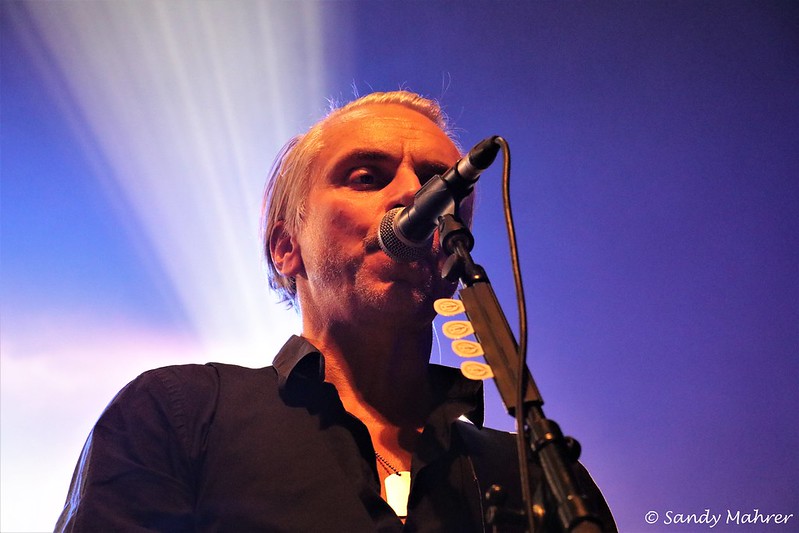 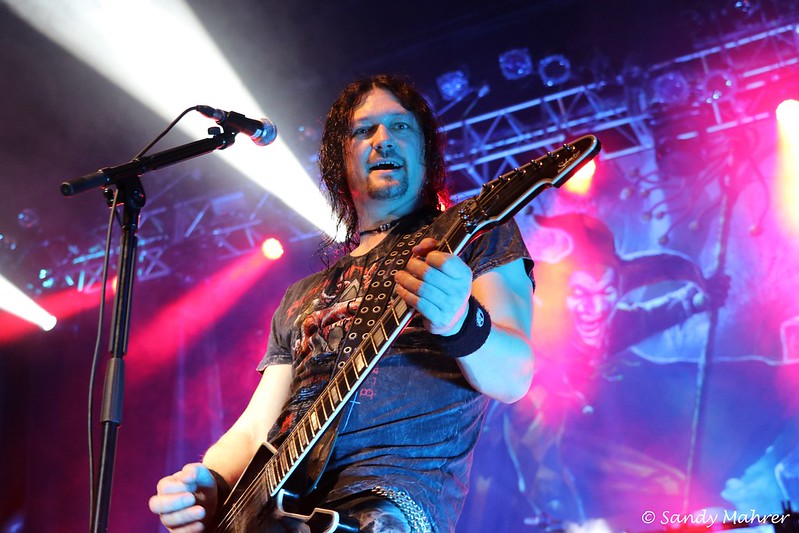 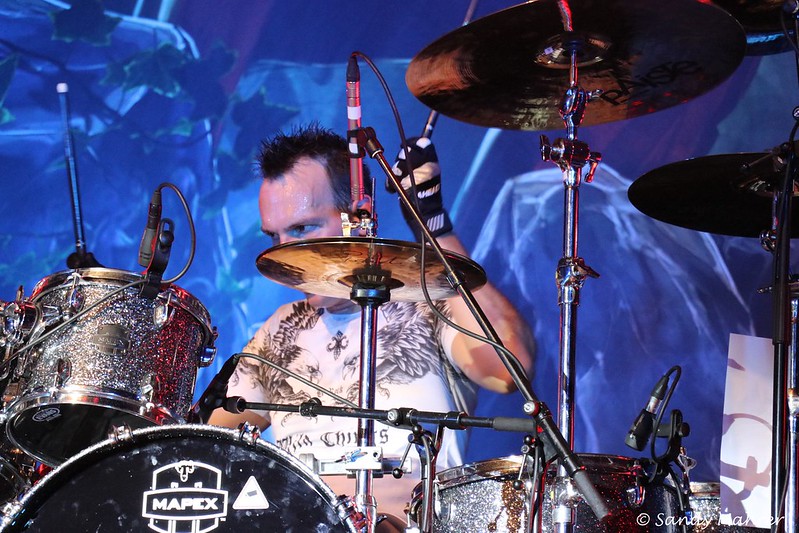 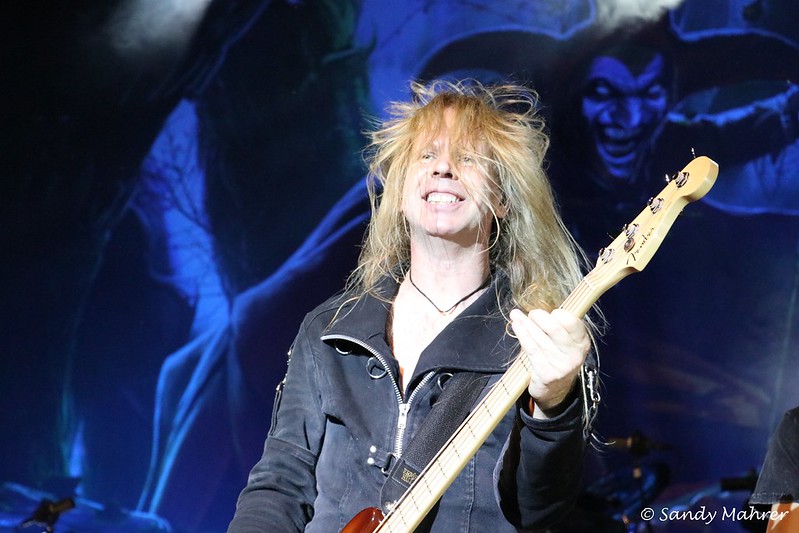 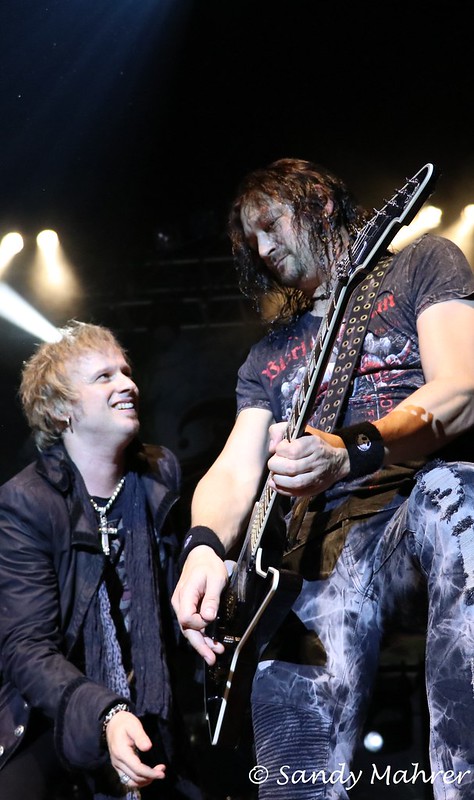 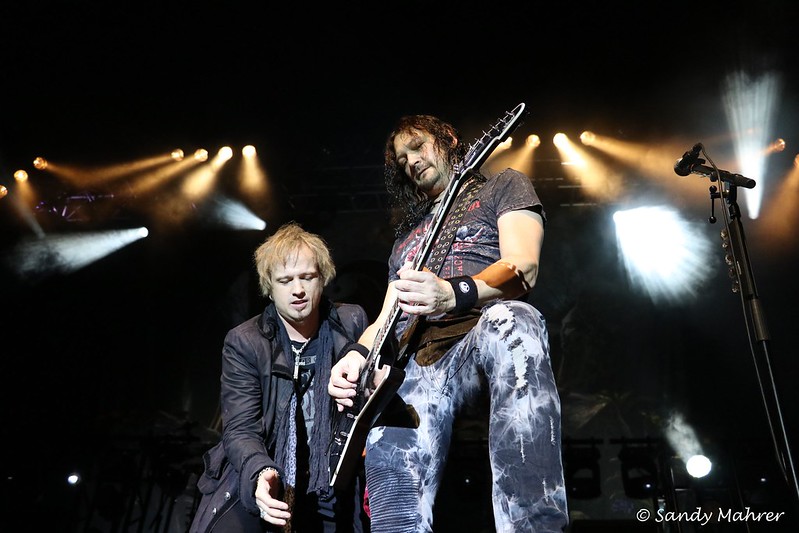 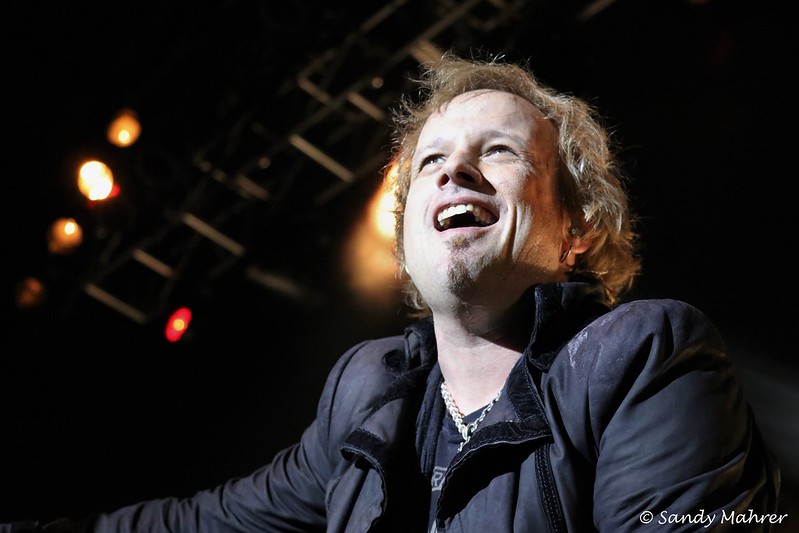 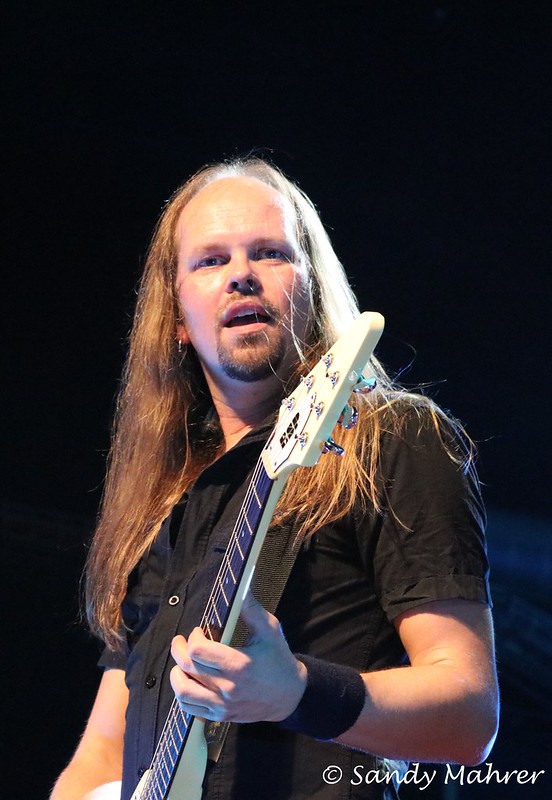 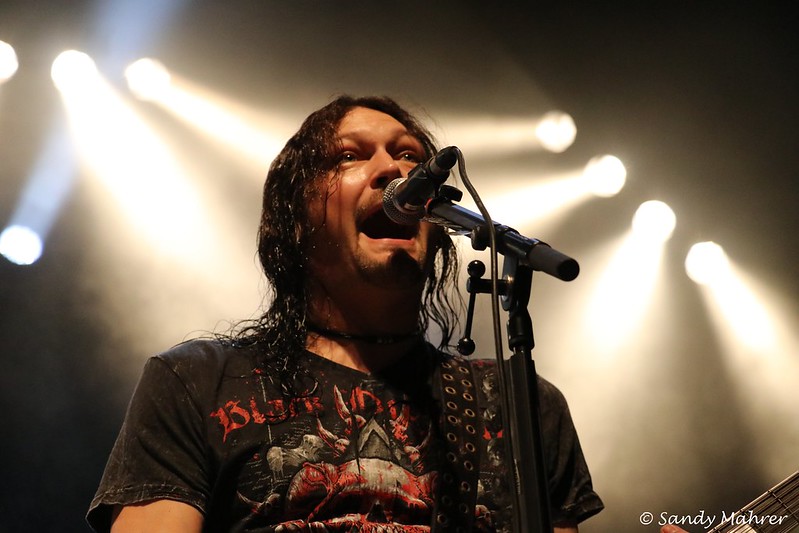 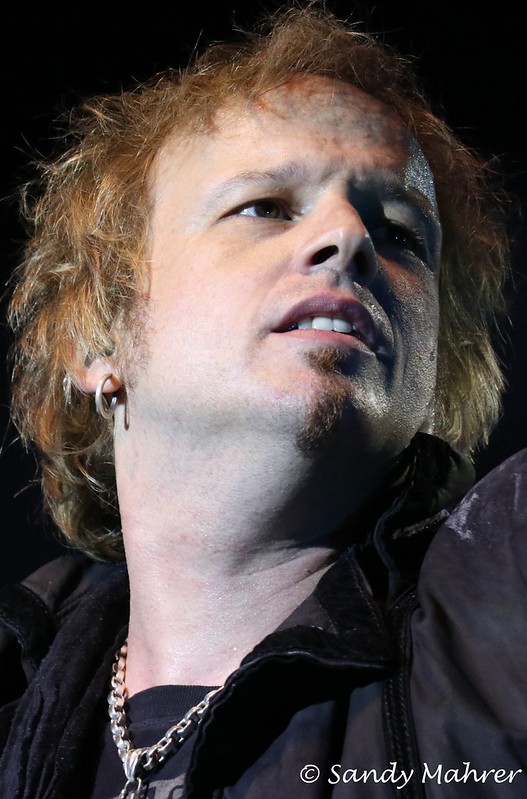 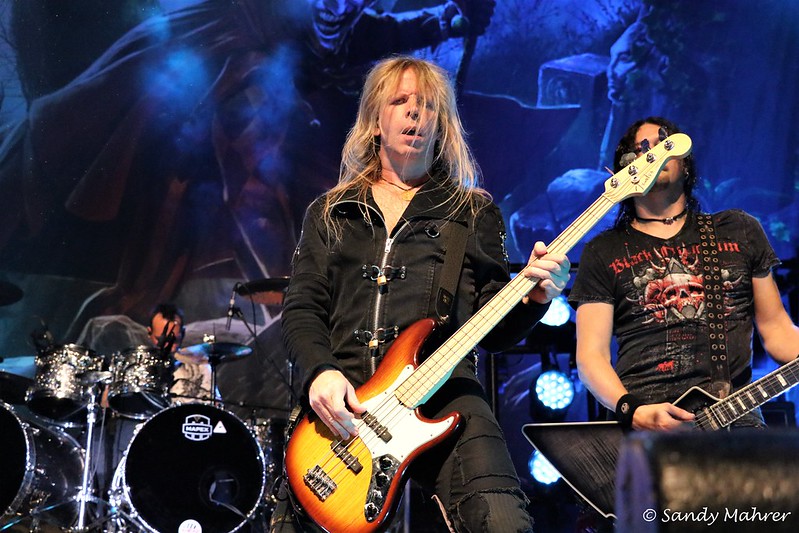 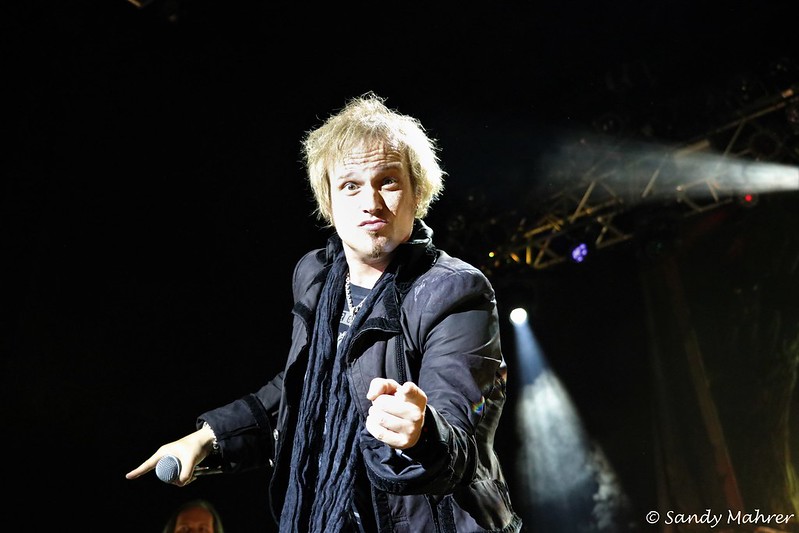 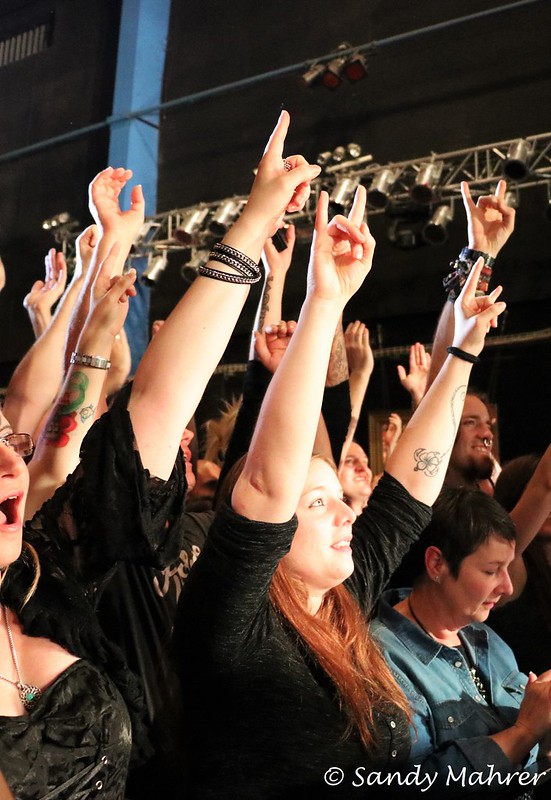 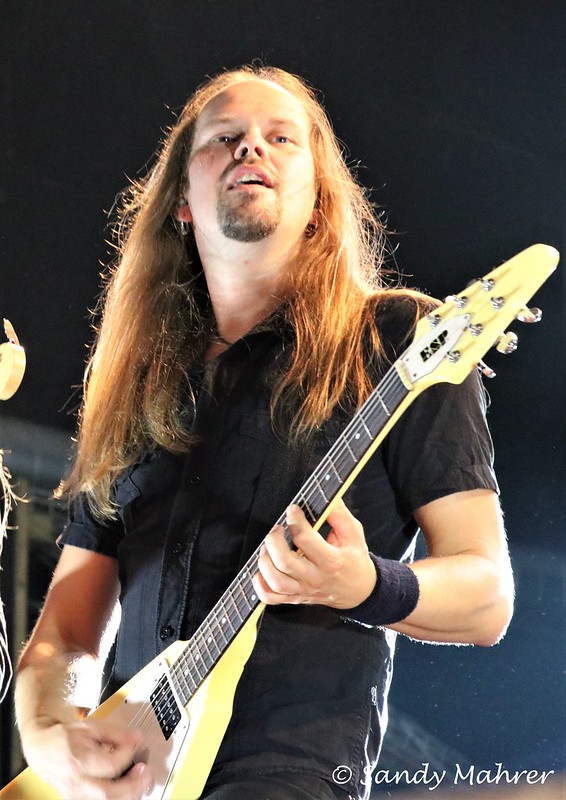 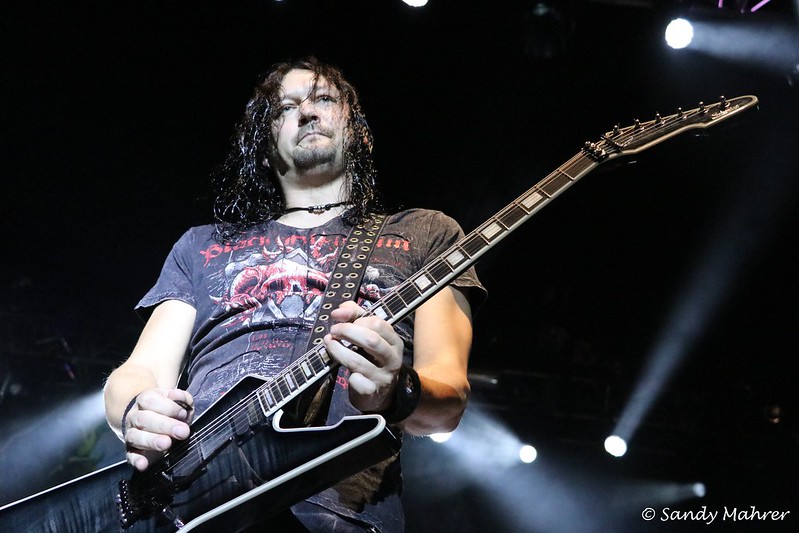 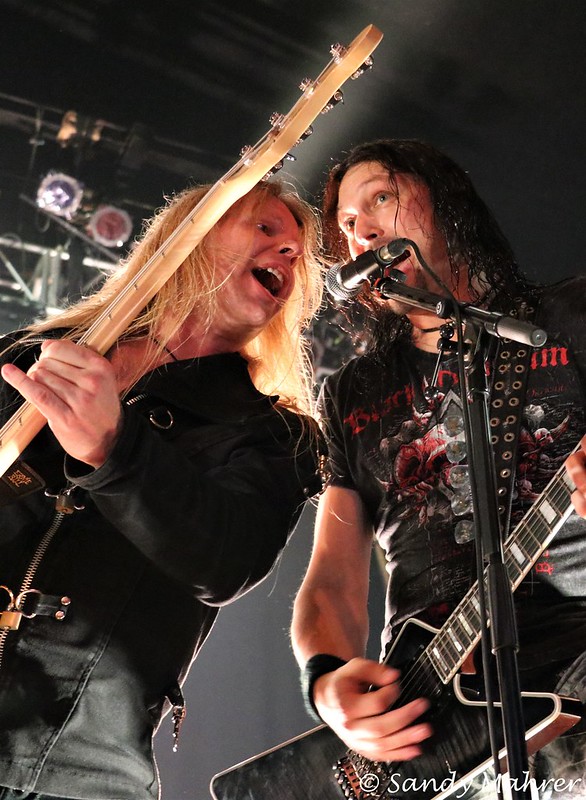 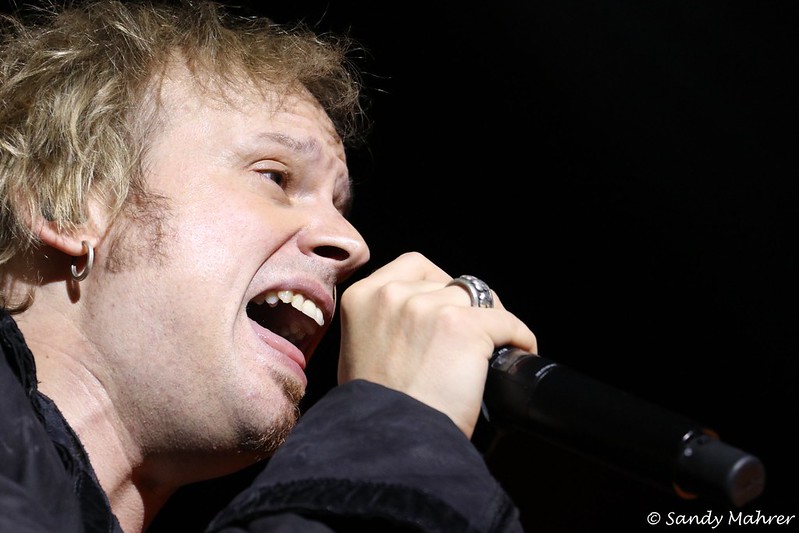 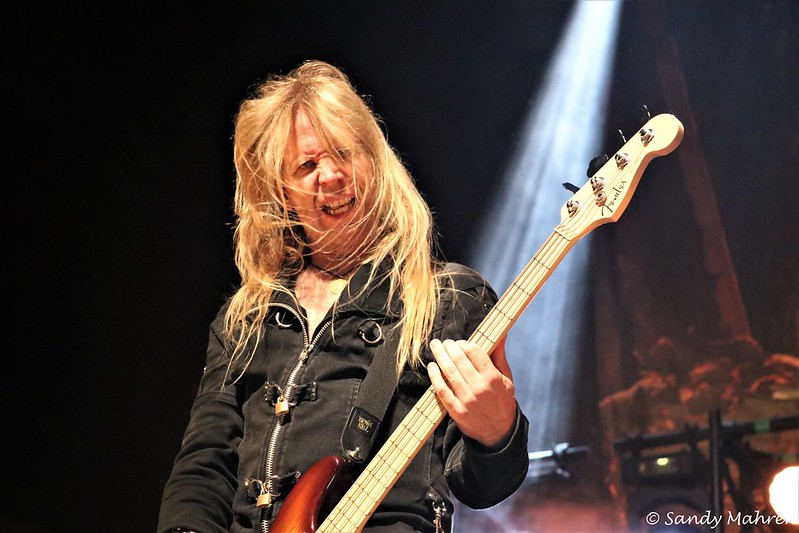 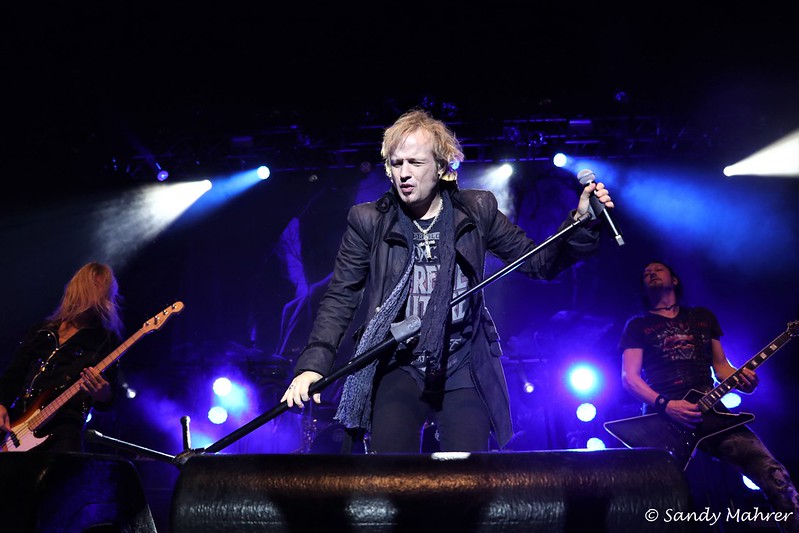 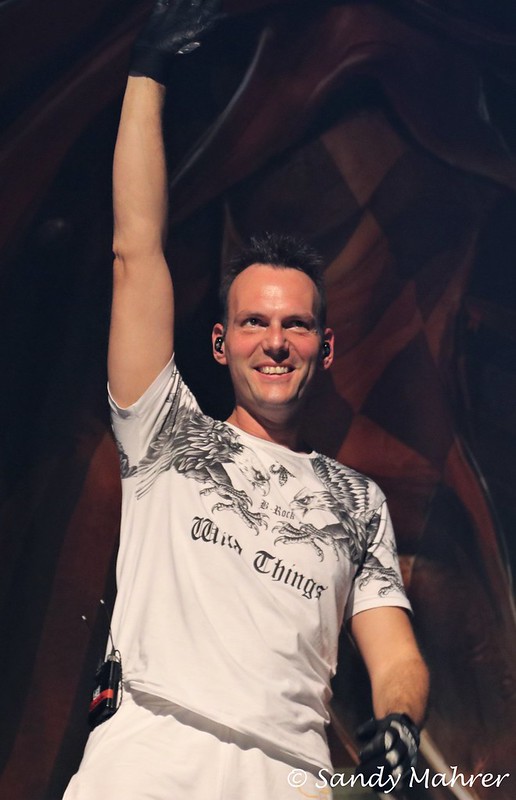 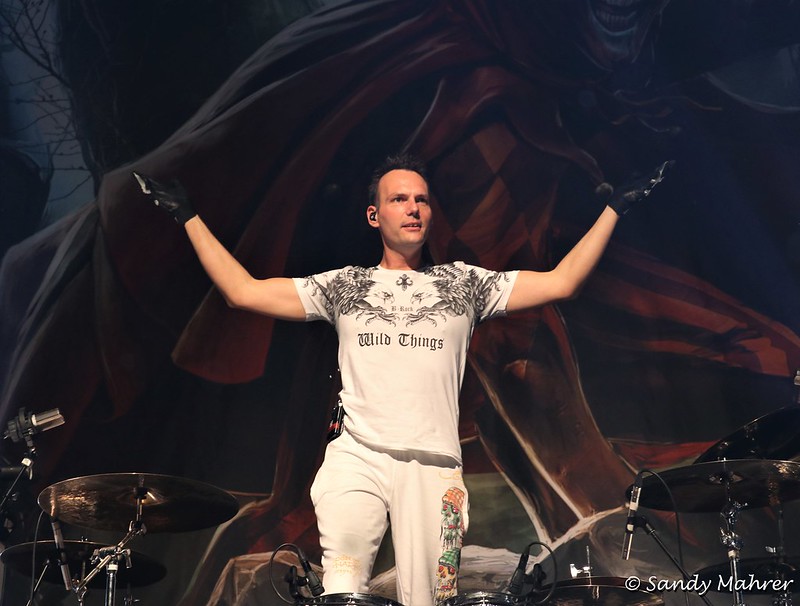 After a rather short break the show continues with the headliner. Edguy storm the stage after the Mysteria Intro and open the show with «Love Tiger» and the crowd is celebrating those guys from Fulda, Germany, a 100% right away. There’s nothing to complain about the show, something always happens on stage. Unlike any other band where it is only the singer who carries the show, in this band also the guitarists offer a lot to watch, not to mention Bassist «Eggi» who offers entertainment throughout the gig with his antics. Drummer Felix provides some excitement too with juggling his sticks, you cannot help to observe how many he really catches, or whether he drops them. The mastermind is a special case, Showmaster, Comedian and Rockstar united. Tobi leads the show once again, talking a lot between the shows and making a lot of jokes. He always manages to get the audience breaking decibel level 105 – because then soundman Andi has to pay a fine, which seems to entertain the audience as much as the front man. He continues to make all people laugh throughout the gig, except those who do not speak German. For 2 fans from  Manchester and some French speaking fans he delivers a few lines in English, but soon forgets all about it and continues in German.

The set list contains – explained by Sammet – “new shit, old shit and middle-aged shit”, a motley mix also containing several big hits. I would have enjoyed hearing  «Robin Hood» too, but otherwise a great mixture, and those two encores  «Super Heroes» and «King of Fools» are not to be missed at an  Edguy Gig .

Edguy proved once again that they are fantastic show men and that it is worth to watch this band live.