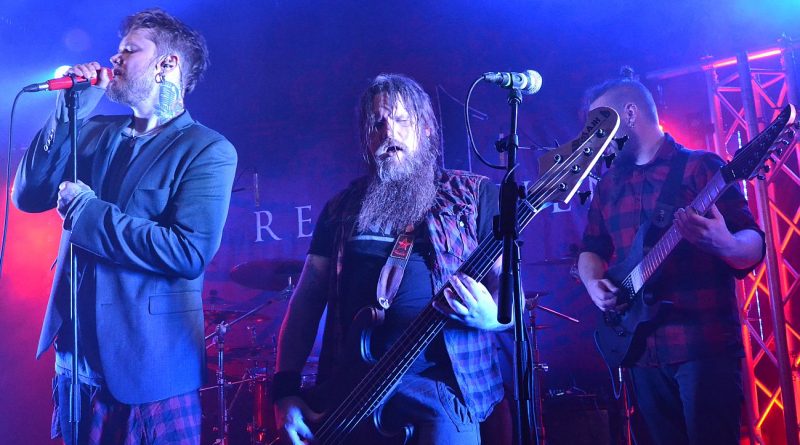 Nice to see Semifinal filled on an evening with quite a competition in other live clubs… a solo artist named Silas Frey started the event with his rocksongs which he performed on E-guitar and keyboards. The Semifinal club seemed quite a fitting intimate frame for such a performance. I would describe his style as something between White Strypes (minus Drums) and Jeff Buckley. Here his Website

Nothing but Sunshine are basically a pretty young band, yet with many years of stage experience, as the band members are recruited from  Murmansk and Mesmer. That was obvious in this tight and intense set. Alternative Rock, simply beautiful music, a bit melancholic maybe. Perhaps to be compared with the Finnish act Callisto. Nothing But Sunshine are: Jaakko Suni (guitar, vocals), Kalle Pekkala (guitar), Jari Käkelä (guitar), Kalle Keski-Orvola (bass), Dylan Broda (drums). Check out the band here

Red Eleven from Jyväskylä – who released a new single on this very day (see video below) – are also quite an All-Star-Band. They featured / is featuring members of Machine Men, Swallow the Sun, Code For Silence, Sons Of Aeon, Dark Days Ahead, Plutonium Orange, Manufacturer’s Pride, Dead Cult Diaries or Turta. That’s why the show seemed relaxed – so relaxed that singer Tony Kaikkonen did noch even mind having a fan taking a selfie with him – DURING A SONG… well, that’s what can happen when you ditch the stage and mingle with the audience… An energetic set with a sound that could be compared with Faith no More – only that the music genre remains in the field of Rock/Metal and doesn’t whirl all over the place as with FNM. And certainly the audience wanted more, the song choice was a big surprise for me – the U2 contribution to a Batman movie “Hold Me Thrill Me Kiss me Kill me”, hell yeah! But that was not the only reason I truly enjoyed this evening … don’t miss the bands when they are in your town!  Bandwebsite 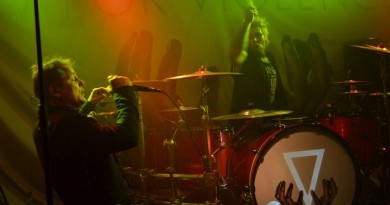 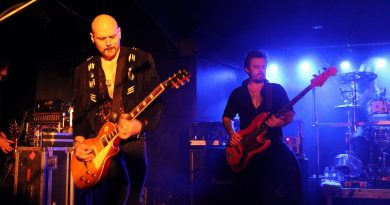