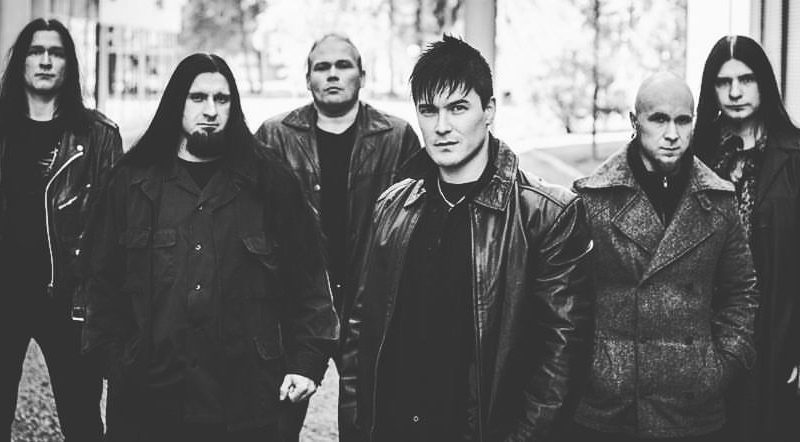 The fact hat Finland has to offer a lot of great bands is quite clear, but this one you definitely should not miss at all. Most of the early Nightwish Fans during the days with Tarja will recognize Burnclear’s singer Tony Turunen, as he is the famous Rock Lady’s brother. Burnclear just released their first album and that is worth introducing those faboulous band to you a bit closer…

Hello Burnclear, thank you very much for your time. Your band was found already in 2003 but your debut album was only released this year. What took you so long to get your first record out?

Since the early days the line-up of Burnclear has changed several times. Tomi and Karri are the original band members who formed the band back in the day and who are still in the band even today.

In the course of time Burnclear has actually recorded several unofficial demos and has played gigs with the former line-ups. There is a lot of history with the band including periods of times when the band was more active and when not that much was happening because of line-up changes and all kind of other reasons.  At 2011-2012 the latest members Petri, Jukka, Olli and Tony joined Burnclear. This started a whole new era for the band and the “nowadays” Burnclear was born. For a moment we even thought about renaming the whole group, because so much had changed. Eventually we wanted to stick with the original name because of the band’s long history. From that point we started to work on new material, which later lead to recording the Eventide EP. After the EP was finished, we gave a moment to see if any record company had any interest in the band. After a while of radio silence we made a decision to start recording the full album on our own. The first official album “Lost for Life” was finally finished at the end of 2016.

Your album has been out now for a couple of weeks, how are the responses so far and how are the sales going, as you do this all on your own without a distribution partner?

First of all, thanks to everyone who have listened to our music and supported the band! So far the feedback from listeners and a couple of reviews have been mainly positive and even better than we could have hoped for.

The sales have been pretty low. Basically we haven’t even covered the pressing costs of the first bunch of CDs at the moment. The streaming services offer an enormous amount of music nowadays, and only collectors and those who really want to support the band will buy the CD. When it comes to distribution, as we are lacking experience we can’t really tell how much a distribution partner would affect the sales.

How long did you work on your debut album “Lost for Life”?

The whole process took probably between 2-3 years. The recording process was pretty challenging and time-consuming. On the working days we are working from 8 am to 4 pm or sometimes from 8 am to 8 pm in our daily jobs to support our personal lives, so most of the time we were able to record only on the weekends. We also used our own equipment most of the time. Only the vocal recordings, final mixing and mastering were made in a studio. In addition, our schedules didn’t always match and there were times when we only managed to get one weekend for the recordings in about two months. In the optimal circumstances, if we could have worked on the album full time (seven days a week), the recordings would probably have taken 2-3 months instead of years. 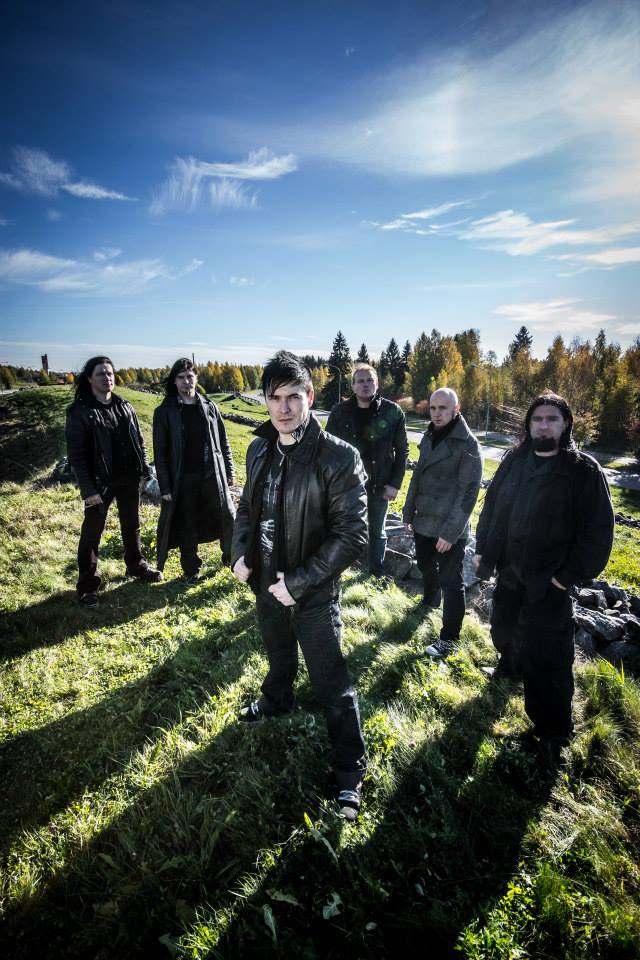 You have 10 songs on this album, is there one you are most proud of? And are these all new songs or songs that you worked on since the beginning of Burnclear?

I think we are proud of pretty much every song in a bit of different ways. For example “Lost for Life” is a song that is very technical but also has a lot of melody. It gives a nice feeling of success when playing or listening the hard parts of the song. “Give Up the Ghost” has its own unique, pretty relaxed mood and sometimes we get quite absorbed into the moment while playing or listening the song. “Destination Death” is the oldest of the songs and getting the song ready and even recorded to the album after all the years was a milestone of its own for us. Also working on the combo of “The Past” and “The Present” was a quite rewarding experience. Tangling the songs together musically and lyrically was a bit of a challenge, but in the end we got the outcome we wanted.

Is there a special meaning behind your band name?

Basically it comes from the history of the Rääkkylä, a small town in Eastern Finland where Tomi and Karri were born. Burn clearing is also represented in the towns coat of arms.

You did everything for the album yourselves without the help of a record deal. How come you don’t have a deal yet, what I have heard is really good and I am a bit wondering about it, as I can’t imagine that no record company is interested in you?

We sent the EP in to numerous record companies etc. and never really got any responses. Might be that the companies are receiving so much material nowadays that it is a high possibility that our package was or has not been even noticed. In the other hand the companies might have thought that our music is not their cup of tea. Can’t really know when we haven’t received any responses. Might be that you would need to either know the representatives of the companies or need to have other connections to have them even listen the material.

Do you think nowadays with the internet it is still necessary to have a record company behind a band?

We think that it’s not necessary to have a record deal, but a good, committed company could help the band in a lot of things; the expenses of the recording process, marketing and delivering of the products, getting the songs on radios, even arranging some gigs with the company’s artists etc. The era of internet provides the possibilities to get your music out there more easily but also because of the same reason you might get lost to the masses of the bands. This is where a good record company would come in handy; creating visibility to the band. Without a record deal everything is self-funded and sometimes there is just periods of time when you have to grind your daily job to cover the recording and other expenses. Of course it takes a huge amount of time and energy out of the band and the creation of the music itself. But in the end you either make it or not, with or without the help of a record company.

I’ve read that you have a songwriter for the band, Sami Haapasalo who was a former member of the band too but no longer is – how come he is only taking the part of a songwriter?

Sami, Jukka and Petri have played together in a whole another Finnish rock/metal group in the past. That actual band has not been active since 2008. This was the time before Jukka and Pete joined Burnclear, so Sami himself has actually never played in Burnclear. There came a time though when we needed help with the lyrics of the Burnclear songs. As Sami is a great writer, was already known by a part of the band and is an absolutely awesome guy, he was a natural choice to ask for writing the lyrics. In our delight he wanted to help us on our rocky road and became the writer of the Burnclear lyrics.

How would you describe your music?

In short we mainly play progressive, melodic metal with a wide variety of feelings. The music includes styles from 80’s to the present day.

What is the most important part of your music? What makes it unique?

We think that we make and play that kind of music what we want to without giving too much thought if something is too heavy, soft, commercial or things like that. So basically we want to make music that serves us and our abilities as musicians the best.

We guess our band (as every band out there) is unique in its own way because of the different kind of backgrounds, styles and thought patterns of the players. We don’t want to stick too much on the thought what we need to sound like, we just make that kind of music what we feels right at the moment. Sometimes it’s a hit and sometimes it’s a miss. 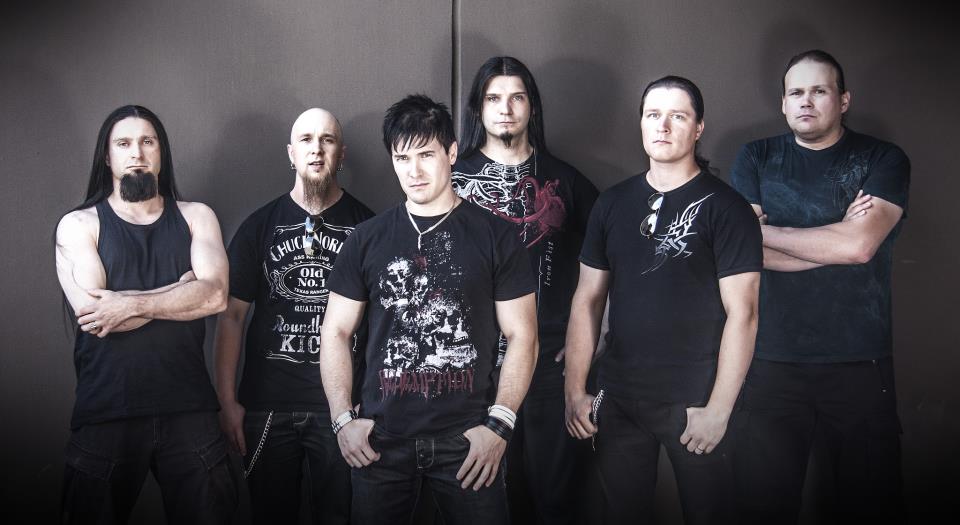 With singer Tony Turunen you have someone very well-known at least by the old Nightwish & Tarja Fans in the band, do you think that opens some doors easier than in usually would?

We are pretty sure that a larger group of people knows of our existence because of that connection. Those who are following Tarja could have probably heard from Burnclear the first time through Tarja’s channels. That’s probably the main benefit at the moment.

There’s a video on your website about the vocal recording session where Tony eats about 10 pills to keep fit, so Tony, what are those pills and what else do you do to keep your vocal chords smooth during recording sessions?

Only vitamins and additional nutrients. No magic tricks there, just trying to keep the body healthy. Hopefully get enough rest before the sessions, open the voice well before recording and maybe have a little walk or other activities every now and then to stay sharp.

What are the plans now with the first album out? Do you plan a tour or some shows?

Of course we would like to go out on tours and also start the recordings of the next album as we already have a bunch of new songs ready to roll. Though the reality is that there are a lot of personal factors which bind us to our daily jobs, families and all the other responsibilities in life so being a functional band has been a bit of a challenge lately. No need to worry though, you can’t get rid of us! Slowly but hopefully steadily we will overcome the obstacles and make it to the gigs and towards the second album.

Thank you very much for your time and hopefully I see you soon live on stage. All the best!

We too hope to get on stages at some point. Thank you very much and all the best to you too Sandy.

Swallow The Sun: Pulling the strings

Teräsbetoni / J. Ahola: “Music is mostly doing – it’s not too much thinking”