Tavastia, Helsinki, 30 June 2016
Tuska Heatseeker is a pretext to get the crowd of Tuska ready for the outdoors edition of the festival. The line-up is very promising this year: you get the most successful bands of the new generation of the Finnish rock scene. On the bill: Shiraz Lane, Lost Society and Santa Cruz.

Tavastia is already very packed when Shiraz Lane hits the stage. Tonight the band is here to present their album “For Crying Out Loud”. That album is good, but the songs are quite simple to me and not very outstanding… hence my doubts about tonight’s performance. I didn’t expect much from the young hard-rockers. From the first seconds though, I realized I would quickly change my opinion. Indeed, Shiraz Lane is much more convincing live thanks to the incredible energy and motivation they all bring on stage. And I must say their frenetic energy is quite contagious. They are great performers and get the crowd’s attention effortlessly. 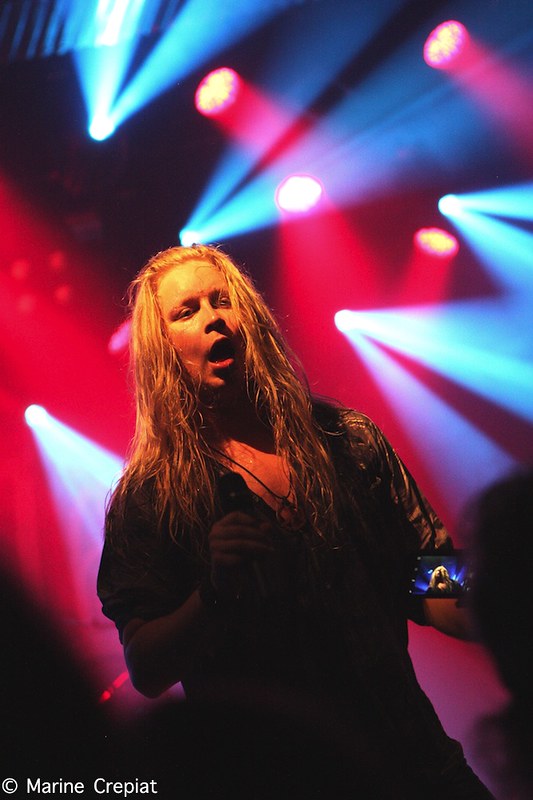 The band is stoked to be on stage tonight and is inspired to deliver songs like “Wake Up” that do stand out live. Shiraz Lane sounds great and is highly valuable when its come to playing live. I was surprised in a good way. We spent a great time with the rockers that have been more than a decent opening act. The crowd is now fully ready to welcome two more waves of heat !

Then comes Lost Society with its very energetic and high-spirited thrash metal. The band hits the stage with its killer songs such as “Kill (All Those Who Oppose Me) » that sums up tonight’s performance: an electric energy on stage, the lead singer Samy Elbanna proudly screams his lungs out and the crowd couldn’t be more pleased. 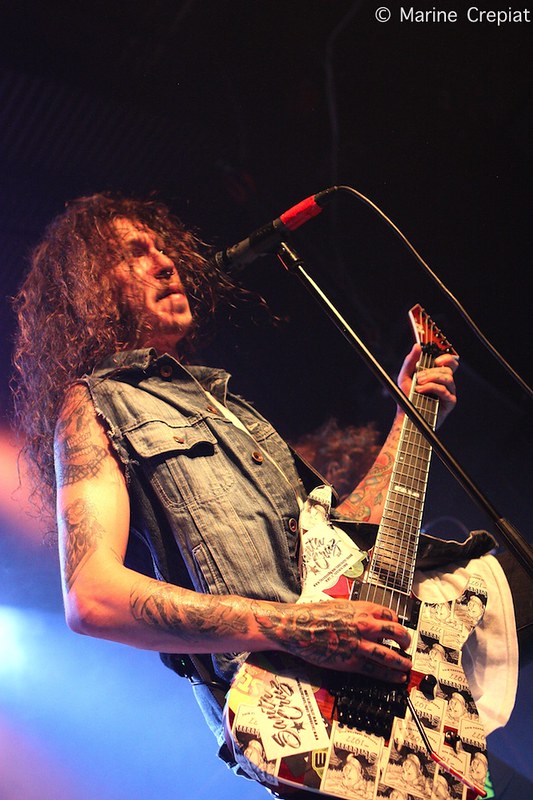 The thrashers use their rather simple yet very efficient recipe: some genuine energy and passion brought on stage, kick-ass songs filled with massive guitar riffs and solos and some brutal beat-downs. Once again, the young quartet from Jyväskylä doesn’t disappoint tonight. We can feel the band is happy to be on stage to deliver its best hits and the crowd responds to it adequately. The band has pleasure playing songs from their debut album to their latest release ”Braindead”. “Fast, Loud, Death” is another good occasion for the band to unleash its energy and killer lines. Lost Society has been very successful since the beginning of their career, but when you see them them playing live you understand their success wasn’t achieved by accident. 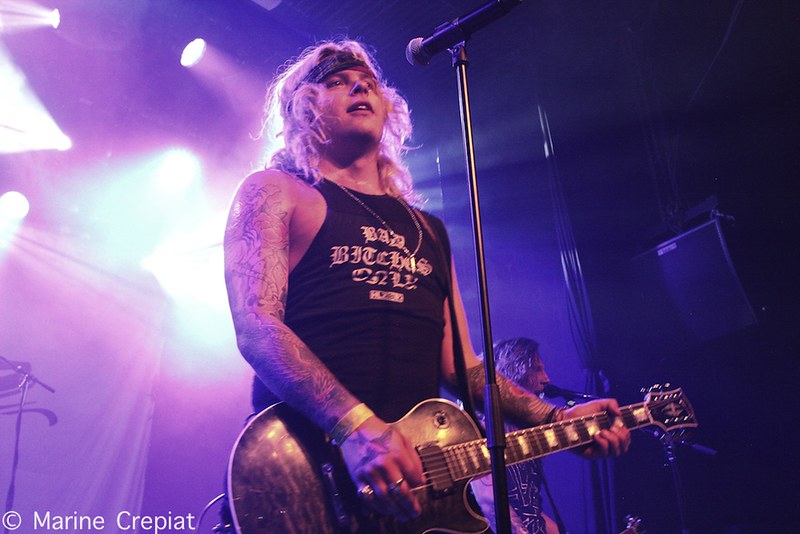 The headliner is now ready to enter the stage and the crowd couldn’t wait any longer… that last set is going to be hot and sweaty! From the first to the last second of the show, Santa Cruz performs without holding anything back. Archie and Johnny demonstrate their full technique with clarity and ease. Not a single mistake is spotted. The quartet from Helsinki has quite an impressive musicianship. The crowd is really enjoying and the fans don’t hold anything back either. The band too is having a really good time stage: the smile put on Archie’s face during most of the set is telling. We can feel the band feels at home tonight as the atmosphere is very relaxed. The band is not here to convince, gain new fans nor to prove something… they already have it all. They are here to deliver their catchy hard rock with efficient songs such as “Aiming High”. “666 Feet under” was my personal favourite song as it is darker and less clean than their usual stuff. If you have already seen the band live, you might blame them for delivering a rather expected performance… I personally never get tired of so well-executed and efficient shows. Let’s also keep in mind that those guys are very young, so there’s still a lot of room to grow for them. Much of their potential is still to be fulfilled. Promising.

When Santa Cruz leaves the stage, we are left in a giant sauna. It’s been a great evening thanks to a great line-up. The three bands released all the energy they had till the very last bit. The heat has been found and the crowd has definitely been warmed up and is now ready to head towards Suvilahti on the following day.

- nicht mehr aktiv - - Reports - Reviews - Photos Passionate and curious by nature, I'm interested in ways through which I can express my opinion and communicate my feelings. Writing, photography, singing, drawing, languages... are the main things I keep myself busy with ! As for music, my favorite genre is music that speaks to me and that conveys a certain atmosphere. It can a be a pop or a metal song, some thrash or death metal tune... so the actual genre doesn't really matter to me.