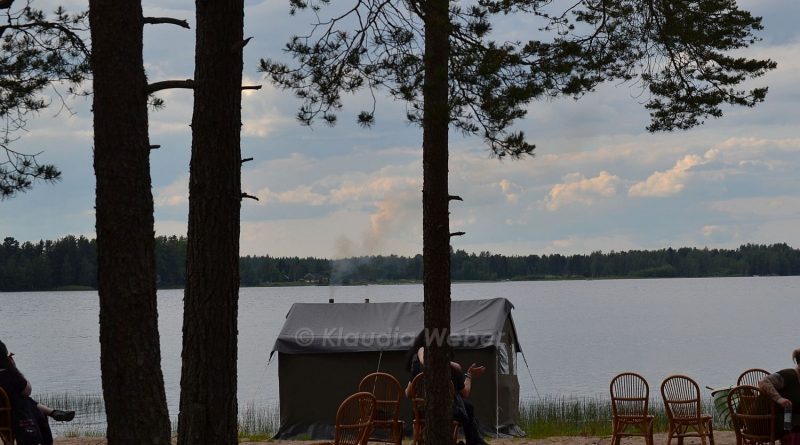 ”Those who remain in the safety of their own 4 walls also never have any epic stories to tell,” said my ”partner-in-crime” afterwards. So I decided not to make this epic tale a topic of the official Nummirock festival report:

T’was
neither in a grey wizard’s company,
nor an unexpected journey
when a pair of warrior souls,
skilled and seasoned
word-weavers,
binders of light-ray,
and their steed
of a brand new breed
set out to celebrate
light, life, art,
the spirit of nature
in the eve of mid-summer
up further north where
the sun never sets.

Lakes and groves lay slumbering
beneath a blood moon
while weeny vampires
set out to hunt
to quench their bloodlust
yet their frenzy
t’was far too feeble
to wreak havoc on humankind.

The whispers carried
by the wind
did not speak of danger
then.
Music in the air and
bonfires between the trees
welcoming to weary travellers.
Beware beware!
Who it is
you may find
at the fires
among the trees
you never know.
Folk from fairy
folk from far
gnomes or orcs
wraith or warg?
Just be wary
of the magic potion …

OK let’s try to deliver this epic story in a more prosaic version:
After arrival on Wednesday and setting up our campsite, the plan was scouting the area – mainly the camping areas in the woods and near the lake – for promising photo motives and to introduce me ”Nummi-noob” to the special atmosphere of Nummirock. Especially when working for media at a festival you enjoy those care-free times outside photo-pit schedules.

Moreover, do I really need to mention that festivals as such are a social event intended for having fun, hanging out with people, making new friends etc? Therefore accepting invitiations to sit at a campfire, sharing food and drinks with more-or-less strangers should not be anything unusual.

Taking just a sip from a bottle offered to you and then waking up in the emergency room of Seinäjoki hospital – this is VERY unusual.
Tests revealed drugs in our system, and the only way they could have got there was with a spiked liquid. We don’t really know what happened due to total memory loss; luckily fellow campers noticed our condition being far worse than ”having one too many” and called in the professionals…
Hence we missed most of the bands on day 1 …

However, I refuse to believe that there was even a sinister intent behind it – as no further losses or injuries except our dignity … Perhaps people simply assumed we might enjoy a little ”recreational” trip, unaware of the fact that our only ”recreational drugs” are available in average Scandinavian grocery /record / book stores …
As the people responsible also never came forward to clear the situation, we will never know.

Everybody who heard about it was appalled that this even happened, in Finland, at a summer festival – and I am still a bit angry that a few ”bad apples” spoiled the whole lot, dampening the experience of an otherwise fantastic and perfectly organized event in a stunningly beautiful location.

So what’s the message here?
”Do not go anywhere, don’t talk to anybody, do not take candy from strangers?”
No.
Because in a way it puts the strain (and blame) onto the wrong partner in this unwritten deal of conduct in the Metal community.

Instead, I rather appeal to you out there, please take care of yourselves and do also take care of those around you. Please take into consideration that all kinds of allergies are quite common nowadays, and what’s ”recreational” for you might be ”intubation, IV, heart monitor” – or even worse – for someone else.
Simply DON’T pull pranks like this. Please.

PS: A huge THANK YOU to those who saved us, helped us and assisted us in this emergency situation, and you people in Nummirock festival organisation team, you are awesome! 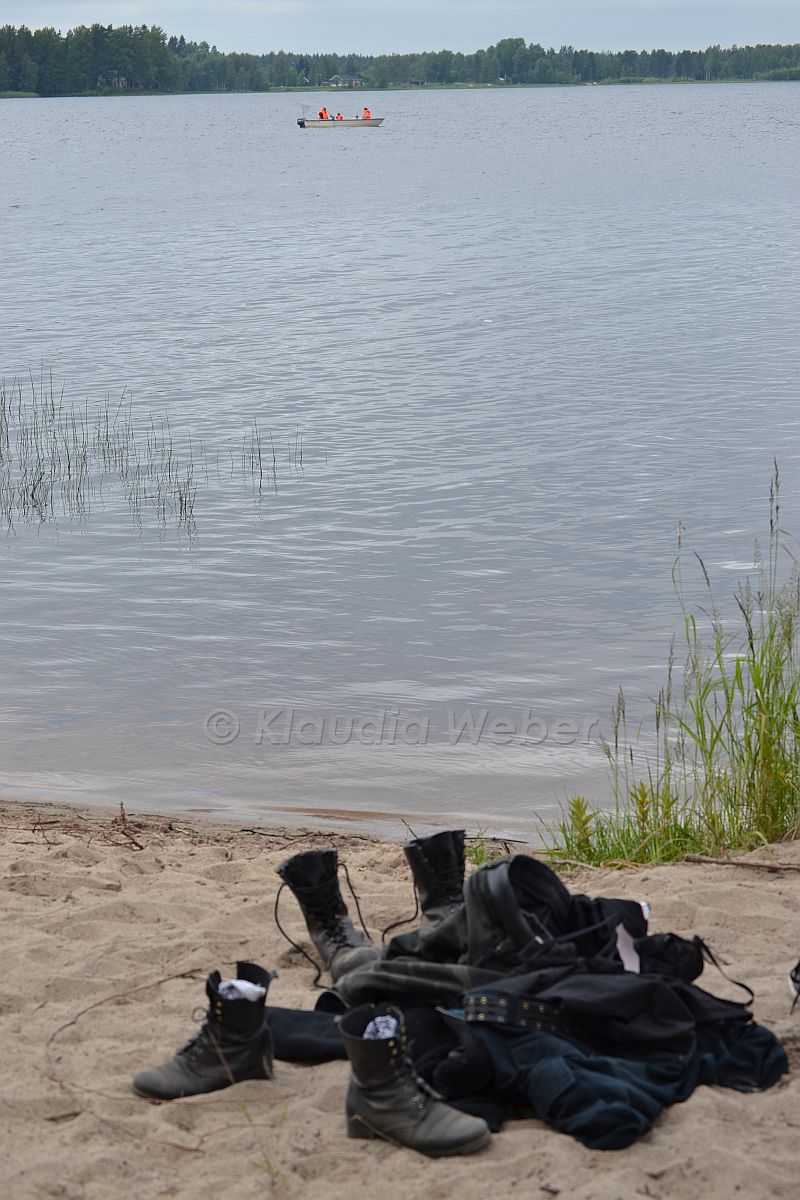 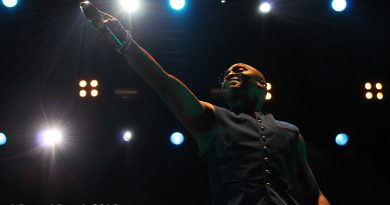 We Love The 90’s Festival 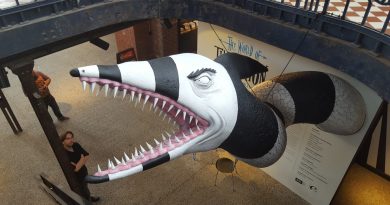 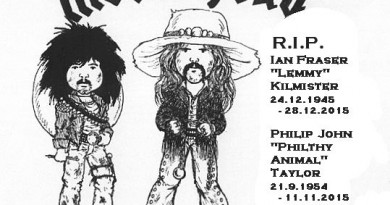