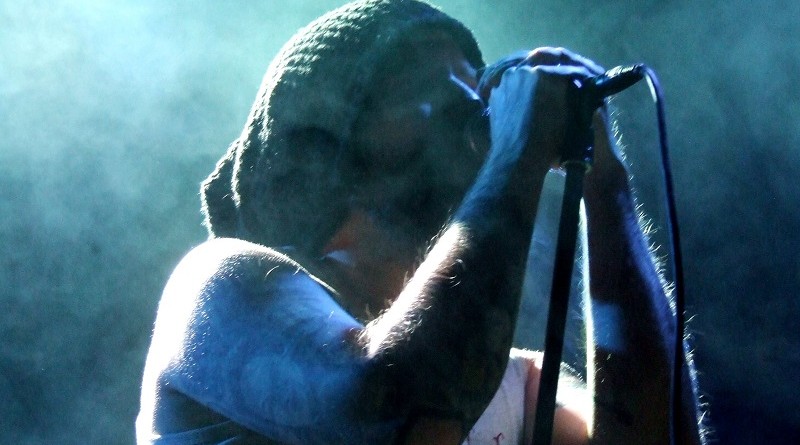 A.R.G. came to stage accompanied by some spherical sounds, which was quite delusive. Maybe this was to make sure that the guys got belted by their instruments. Few seconds later I took off. The bass caused such strong vibrations that I spent the whole set levitating half a centimeter. 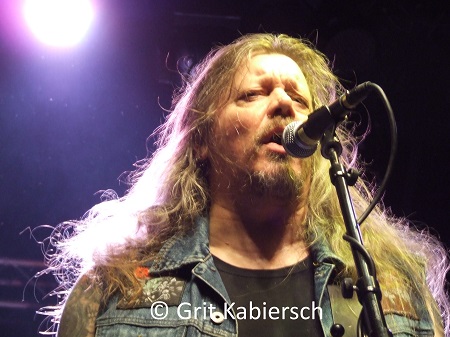 The sound was without frills, the raspy voice of Aku Raaska revealed many years of experience, it was just as trash metal has to be. There were not that many people yet in the audience, but in the end the first row rocked their socks off with uplifted arms. 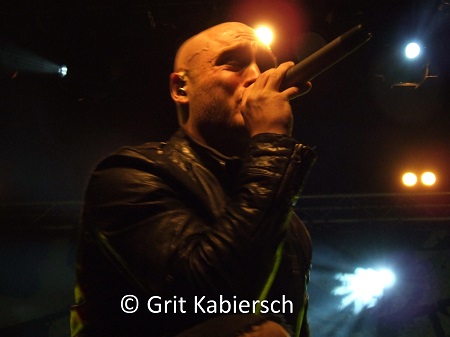 Sonic Syndicate probably played their last show for this year at the Unionifestivaali. I assume that vocalist Nathan Biggs enjoyed it, he used to live in Helsinki for some time and he claimed that life here is much better than in Sweden. Well, he was jabbering quite a lot. But he also interacted with the audience and they always shouted a “F**k you” back, when he served. Besides, Sonic Syndicate played really good rock-pop-metal with catchy melodies and accompanied with stunts and jumps on the boxes. The moshpit got filled quickly and I even saw a walking stick that was spun around. 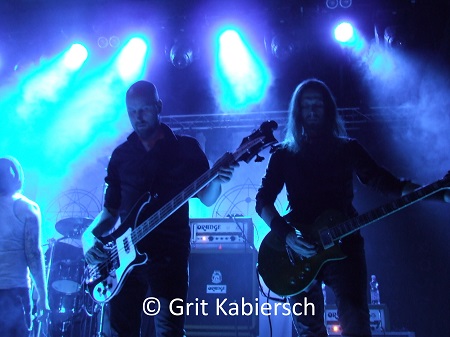 I really enjoyed the show of Swallow the Sun after I have not attended any for quite a while. Luckily the songs are just epic and I had time enough in the photo pit to shoot some good pictures through the blue light and fog. Afterwards I found a nice place for powernapping … sorry … for enjoying all the emotions that were transported by Swallow the Sun. And I started wondering what if the sun would be swallowed and morning would never arrive and this concert would never end … 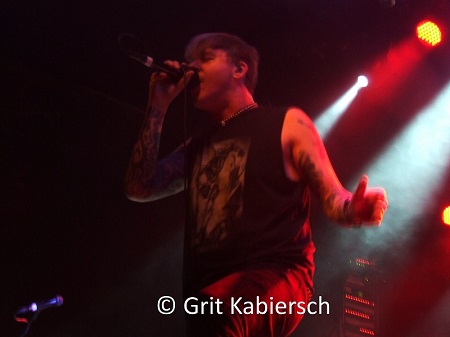 Fear Factory (USA) celebrates its 25th band-anniversary and the 20th anniversary of the Demanufacture-tour. “Demanufacture” is regarded as the most important album of this band and was played completely through. The stage setting fitted very well to the concept of the album and the criticism of the computer-controlled society. It was almost empty and equipped only with the absolute necessary instruments and electronics. I envied the space on stage, the moshpit was crowded-out. At the end of the show, the latest album “Genexus” was announced, which is in stores since 5th of August. And we got to hear some samples, e.g. “Dielectric.”

(photos in full-size at our Flickr-page !)

YOU GOT STALKED: Avantasia – The Mystery of Time Tour