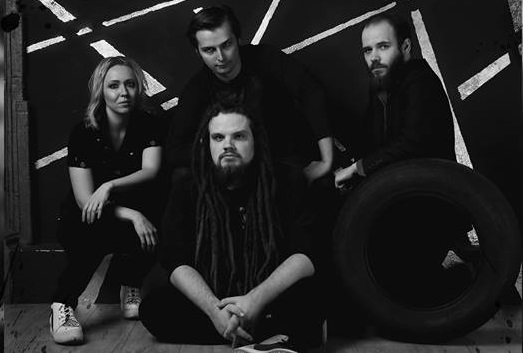 When the band’s style definition is “Epic Modern Melodic Metal”, you would rather expect a different country of origin than Russia. But let’s Fiend, who are currently busy recording their new album , simply speak for themselves:

Who are you – could you introduce yourself and all of the band members?

Hello there! My name is Leo and I sing/play guitar in a band called FIEND. I’m an endorser of ESP Guitars, Ernie Ball and partner of Shure company. Also I’m a founder of the biggest Russian Rock School – Hellscream Academy. We have more than 500 students at the moment. We have here some more bandmembers, they are:

How did you meet each other?

These guys, I mean Pashred and Max joined the band not a long time ago. Pashred about half a year ago and Max 2 years ago. We have changed more than 20 people through these years. It was hard to find the people we need.

When and why did you form this band?

I formed FIEND back in 2007 after leaving my first band Foliant. The band RIPed because I was the main composer and founder.

There’s no limit to perfection, we just play the music we love. There’s no super influence to us. We listen to all music we like. For example, I can listen to Behemoth, In Flames, Nightwish, Eminem, Miley Cyrus – they are all in one playlist. We are working on our third album now, so it’s gonna be something epic. Just visit our youtube channel for more infos about it.

How did you get in contact with all the producers you worked with (Anssi Kippo, Raymond Herrera, Jeremy Blair)?

We’ve been looking for possible ways to grow, as we do now, and one day, we got an answer from Ray. We had sent a message like “Check out our band” to lots of random people. We somehow missed the fact that he is the ex drummer of Fear Factory. It was really funny when I realised that. Then we just talked, paid for studio time and went to LA to record our last EP 2012. The same with Anssi, but I knew him for a while and I knew that he was the guy who mixed some top COB albums.

What is it like to be a Metal band in your country?

It’s a shitty work. We can’t go and play big festivals as some Swedish/Finish/German/English bands can – we have no big festivals here. We have no labels that have deals with star bands etc etc. No booking agents, no management companies and so on. It’s really hard.

99% of everything is done by me. I write music and lyrics. But I never told my bandmates: “YOU GUYS CANT WRITE MUSIC FOR FIEND”. That’s not right and the guys help me with doing this. I send them some new demos, they listen and say something like “hmm this one is good, but that one – not yet”. The main thing is – I never send them music I don’t like, so they never tell me “this is shit”.

From the inside. FIEND is a demon who lives inside you, me, and all other people you know, I just let him talk. It’s a power you feel inside you. It’s a voice in your head.

As I said, there’s no limit for perfection. We can’t wait to release this 3rd album and start playing big shows at the biggest venues of the world.

It’s hard to grow in Russia, playing such music. So yes, we are looking for possible ways to get a deal with a major label.

What should an ideal record company do for you?

Which bands have you played with / toured with?

Children of Bodom, Norther, PAIN (few times), Betraying The Martyrs, Degradead, Nightwish and some other bands.

Do you have a weird /absurd story to tell, e.g. about mishaps at a gig/tour?

Every show has its own weird story but in 99% of all cases it involves a stupid and unprofessional sound engineer. 🙂 But something really weird – no.

To finish this long journey and work on our third album. 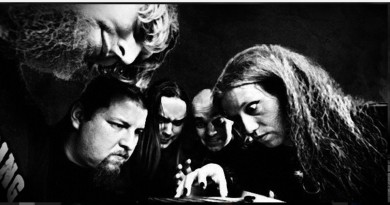