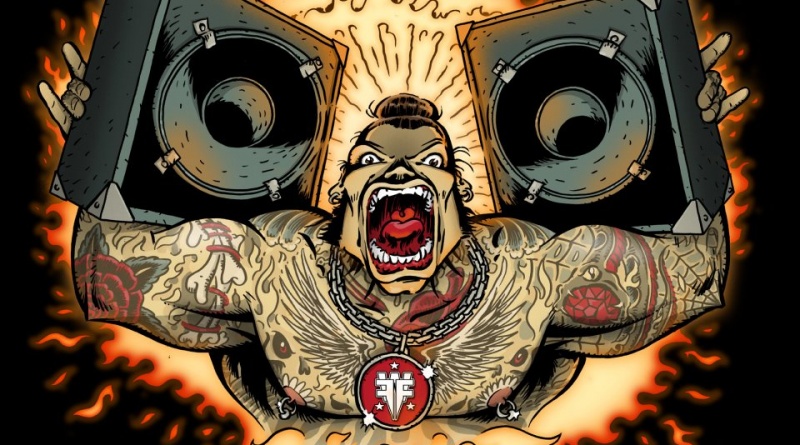 The toughest field in Germany was dominated by inhuman temperatures, and because it is an airfield, you had no chance to spot any shade anywhere. Despite those tough conditions, everyone at the festival was rocking, drinking and moshing like hell (SIC!) Everybody somehow found their own ways to keep a cool head. Water-soaked T-shirts were certainly the latest fashion boom.
An open air festival in the midst of the scorching heatwave. You gotta be kidding me. Yet the boys and girls of the WFF organizing team made the impossible happen. Everything went smoothly, almost entirely. The With Full Force impresses with honesty and friendliness. You rarely find an event of this quality, and such cheerful and friendly security staff. Not to mention the extreme weather situation.

The program this year left nothing to be desired. Fans of all forms of extreme metal and from hardcore to punk got value for their money!
Parkway Drive, Heaven Shall Burn and In Flames were three absolutely top-class headliners on the bill, and otherwise hardly anything remained to be desired. The thrash legends Kreator might have brought a lot of pain, as people were headbanging pretty much throughout the show, and bands like Sick Of It All, Terror and Agnostic Front caused the heart of every old-school hardcore fan to beat faster.
Who belonged more to the fan nonsense band section, of course, could not miss the legendary Kassierer and the somewhere between avant-garde Metal and galloping madness act Knorkator.

The With Full Force festival is a phenomenon in itself. Fans of different styles come together in order to drop all genre prejudices and just to celebrate music together, and to have fun. One would have to try very hard to find even one bad-tempered person at this festival.

Summing up, despite temperatures rather belonging to Satan´s bakery, the With Full Force 2015 was a complete success. Whoever had visited for the first time, will surely come back, and whoever had already been there for the tenth time, will not have felt bored. One can only wish that this festival keeps going for many more years to come, so that generations of fans may enjoy it!