No, it´s not Finnish: ´Aittala´ (pronounced ´eyetah-la´) was founded in Holland and is now based in Raleigh, North Carolina, USA. The band has been around for a while and their music was widely praised by critics for its original sound – something not so easy to achieve nowadays. This spring the band has been touring Europe, and only a few weeks ago they released their third longplayer “Effigy”, of which the video “Something Wicked This Way Comes” will give you some impression. Mastermind Eric Aittala kindly introduces his band to you STALKER readers.

Aittala - 'Something Wicked This Way Comes'
Watch this video on YouTube.

When did you form the band, Eric?
The original version of Aittala was formed in 1991 while I was living in Holland.
Ironically, I didn´t name the band (Aittala is my last name).  As with any new band, we tossed around different name ideas for awhile.  One day the singer at the time suggested ´Aittala´ and it just stuck.

With fellow American Tim Mannon on vocals, Dutch drummer Ed Vereijken and Dutch bassist (affectionately known as) Welfare Jon, the band played numerous shows around the Dutch metal scene. They released a 3-song demo Selling Heaven in1993 and opened for such bands as The Gathering and Sadist. But as the band and the demo started to create a buzz in the underground Dutch metal scene, Eric departed the country breaking up the band.
Over the next decade or so, Eric played in numerous bands and lost focus on Aittala.
Near the end of the 00´s, Eric decided it was time to refocus his efforts on the Aittala brand, and 2009 saw the first full-length release Bed of Thorns and 2011 the follow-up release, Haunt Your Flesh; he also recruited a new live band to bring Aittala back to the stage and touring.

Your music crosses many metal genres, features strings and a touch of industrial. Whom are some of your influences?
My formative teenage years were at a time when heavy metal was just up and coming. I was the typical 80s metal head. I loved bands like Judas Priest, Iron Maiden, WASP, Motely Crue, Metallica and everything else in the genre. Of course at the time, everything else sucked… it was metal or nothing.
But as I got older and lived in different countries around the world, I was exposed to other genres of music and grew to love all types music. Whether or not it comes through in the songwriting, I´m influenced by all types of music.

You had visited Europe this spring. Will Aittala be playing any live dates in the near future?
Yes, unless we´re concentrating on recording, we´re regularly playing shows in within about 4 hours of Raleigh, North Carolina (where we´re based out of).
Next year, probably in the spring, we´re looking at doing a couple short runs up the east coast and towards the midwest of the US.
We´re going to look at going back to Europe again at the end of 2015 or early 2016.

Are you the main songwriter for “Aittala”, Eric?
Yes.

What may inspire your lyrics?
Anything can inspire lyrics; a movie, a tv show, watching people.
Generally, most of my song lyrics are about the darker side of human nature and interaction. I look at each song as sort of a mini novel and try to tell a story with each one.  The story may not always be evident to the listener as it may be abstract, but all of my song lyrics have a back story that I´ve created. Creating the back story gives me a direction on where to take the song in terms of its story.

Aittala´s music is composed of different metal sounds, was this a consideration in selecting or auditioning new members?
When looking for new band members, the chemistry of the personalities is probably the most important thing.

Are you on speaking terms with the former members of Aittala?
No one has left the band on bad terms, so there is no ill will towards anybody.
But there are a couple ex-members (all bass players for some reason) that I´ve lost touch with.

What does the future hold for the band?
We´ll continue to write, record and release new music, release new music videos, and playing live.
Besides continuing to play shows around North Carolina, we plan on doing some short US tour runs in 2015 and go back to Europe in 2016. 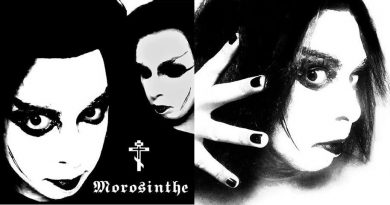