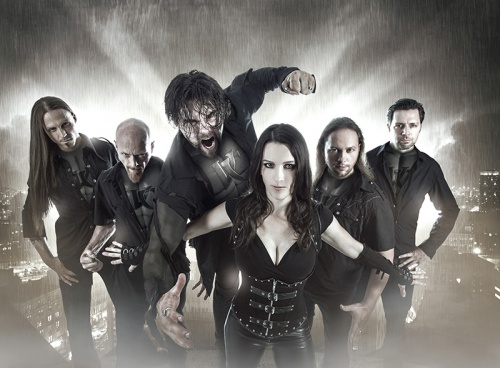 A-Cappella-Metal Band Van Canto just ended a successful tour for their current album „Dawn of the Brave”. Shortly afterwards, Stefan Schmidt, responsible for the low-pitched „rakkatakka” vocals, took the time for an interview with STALKER, and he also commented on the 7 deadly sins:

Gluttony:
Is likely to happen on the last day of one part of the tour.

Sloth:
Happens the day after.

Lust:
A great motivator and inspiration for thousands of written songs.

Wrath:
Can boost creativity here and there, but is mostly just a waste of energy.

Envy:
Is nothing bad to begin with as long as it takes the form of appreciation and is and incentive to become better at things.

Greed:
I can’t see anything positive in that. Not even in ambition.
(Note: greed is “Geiz” in German language, and the expression for ambition, “Ehrgeiz”, literally translates as “greed of glory”; the ed.)

Vanity:
I suppose you need at least a little bit of it to be successful as an artist 😉

Kreator: Guitar players have no money!