Such a stormy evening provided some problems also for public transport, therefore I arrived with a slight delay but still enough time to catch some snapshots in the – bigger than usual – photo pit of Nosturi club. 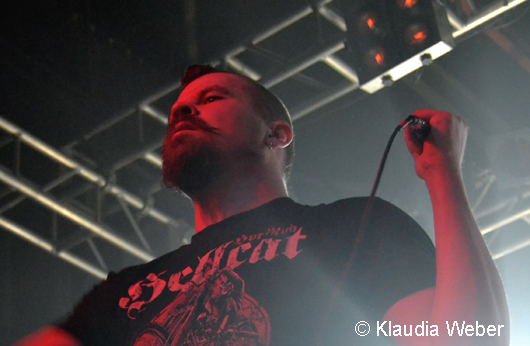 Erilaz opened this EBM-meets-Metal event which had gathered quite a big crowd already- a less hyperactive show than last time at On The Rocks. The front rows, where the sound was much better than further in the back, rocked along with song material from the new CD ”Black God of The Hunt”. For aQi, the man at the synth, it was the last show, and there are more changes happening for the band in the near future – which I won´t give away just yet … www.erilaz.net 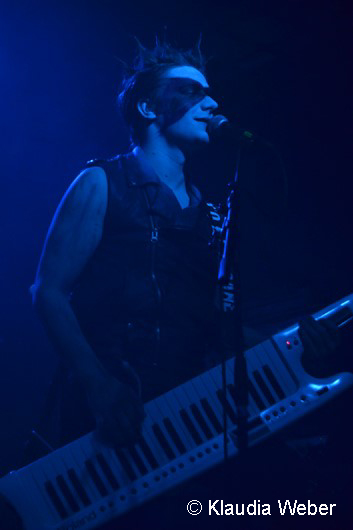 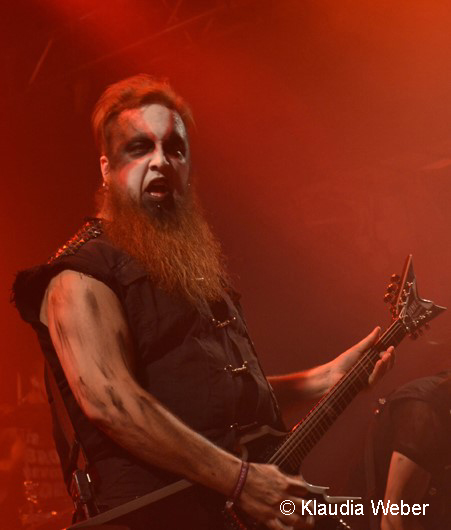 Fear of Domination probably intended to compete with Rammstein that evening – and maybe they went a bit over the top with the pyros. It seemed that musicians also got distracted a bit – which I can understand even better when having one blowing up by mistake right in front of your face (luckily ”only” a jumbo sparkler, no inferno just like here). 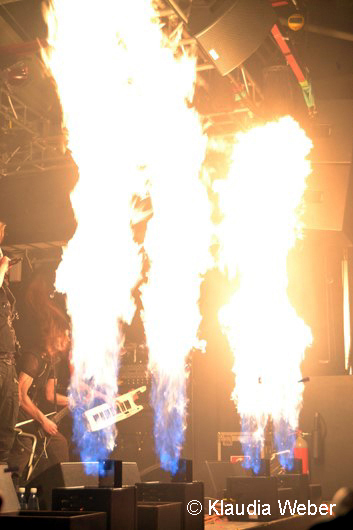 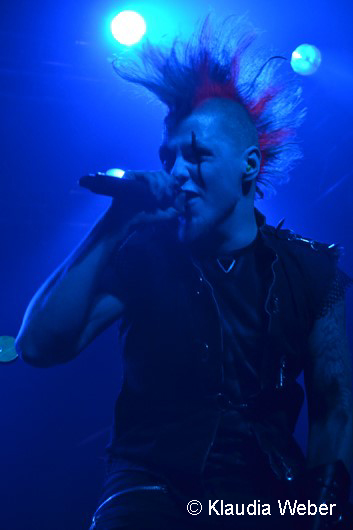 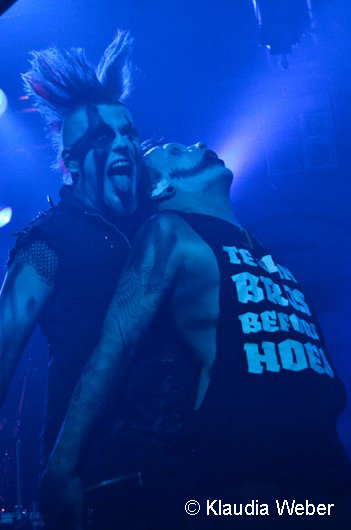 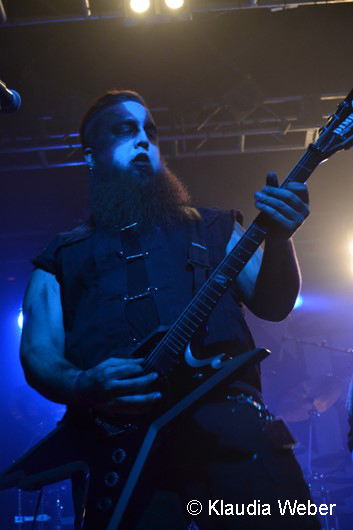 Foul smelling fog filled the halls still some time after the show, which had felt like Sauna already before because of the massive audience attention. But the party people were not turned off by that, on the contrary … one of the highlights for me was once again the guest appearance of Helena Haaparanta during the final song – and then I needed some fresh air… www.fod.fi 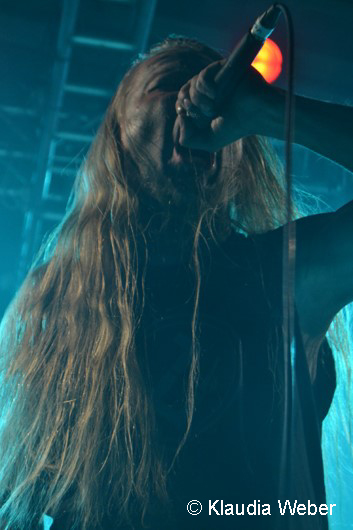 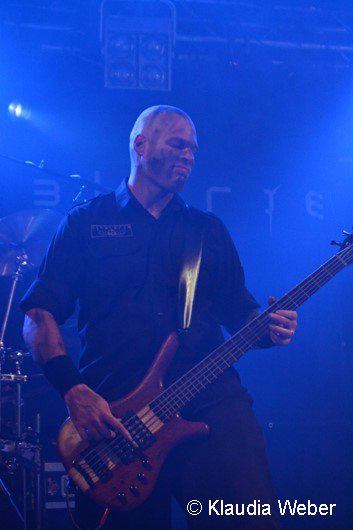 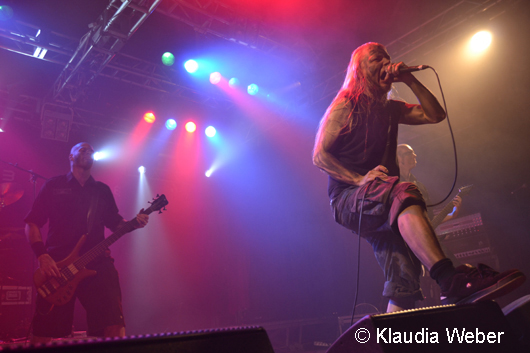 Diablerie could not quite keep the party feeling as intense, perhaps because they are not as well known as the other bands in the billing of this night. However, their mixture of Old-School-Death Metal and EBM sounded quite interesting and it might have been much more electrifying before the FoD show, as there´s lotsa good song material. www.diablerie.fi 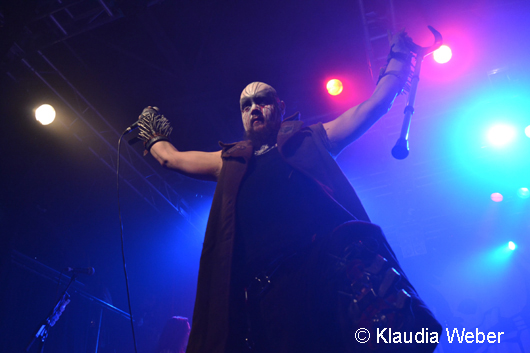 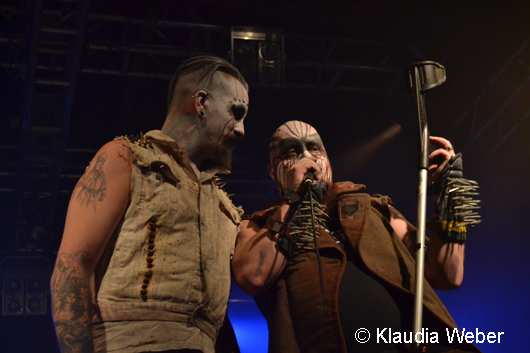 Well, what to say, Turmion Kätilöt blew off the roof that night. I have not seen a Finnish audience going that nuts for a long time, excitement filling the entire hall – even the area in the very back. You had to escape to the balcony to find a safe spot for yourself and your drink… 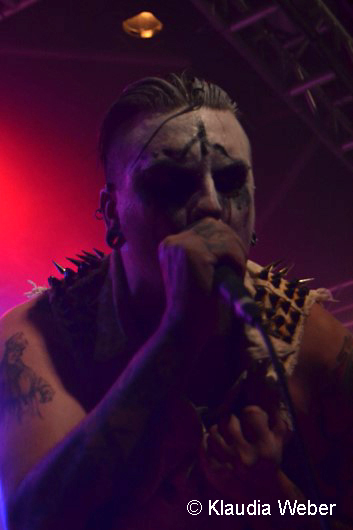 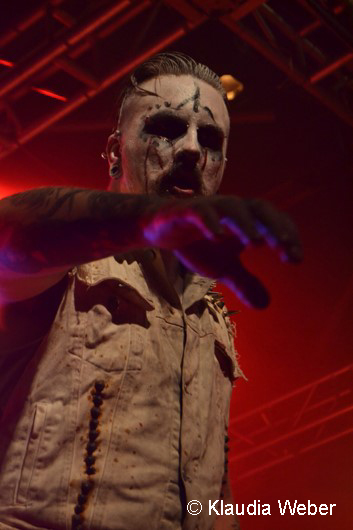 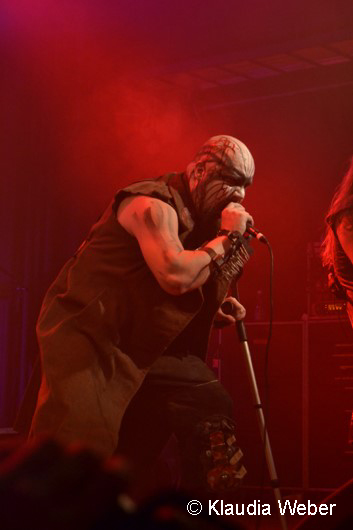 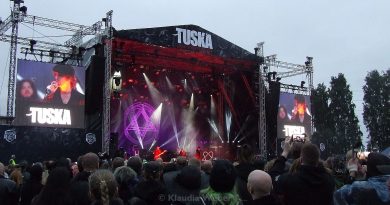