Rehearsalroom feeling, then chapel, then excessive party – this could be the summary of all 3 Sytyke Klubi concerts so far (organised by Inferno Magazine and Alakerta Nosturi). Despite the common “unplugged” concept – but different bands have different ideas about “unplugged”…

Also this time Turmion Kätilöt – just like Swallow The Sun before – cheated a little bit, as Keyboarder Janne Tolsa didn´t have to carry a Bösendorfer on stage – well, there wouldn´t have been any room left as even the band had to be stacked on there somehow. And towards the end of the gig there was even a sample (U.S.C.H.!) to be heard …

Anyway, just the thought of having this Finnish extreme Industrial rockers in an “unplugged” version had made me wonder big time beforehand. (Moreover, it had lured much more audience than to the shows before). HOW on earth are they going to do that? Would those otherwise infernally-growling fronters MC Raaka Pee and Spellgoth sing along softly to acoustic guitar? Well, actually I was not so far off… just check the photo slideshow and the self-made STALKER video below! 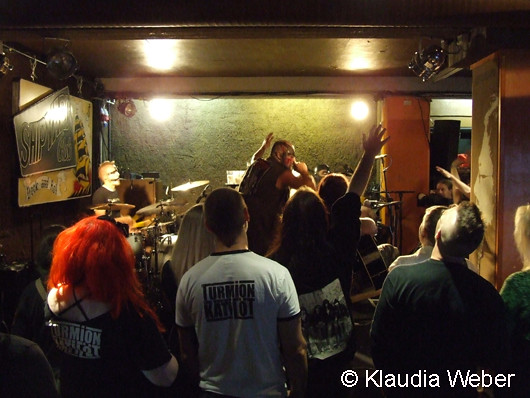 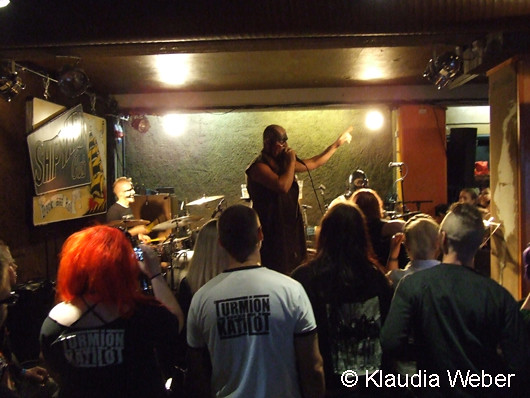 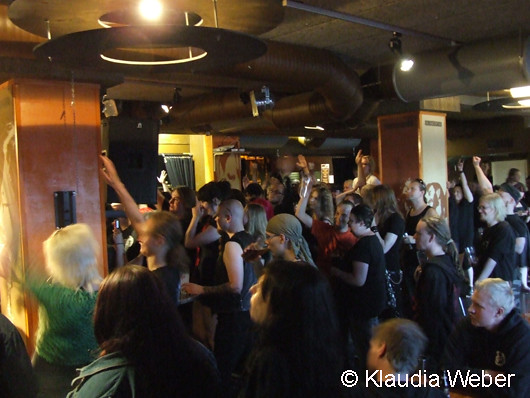 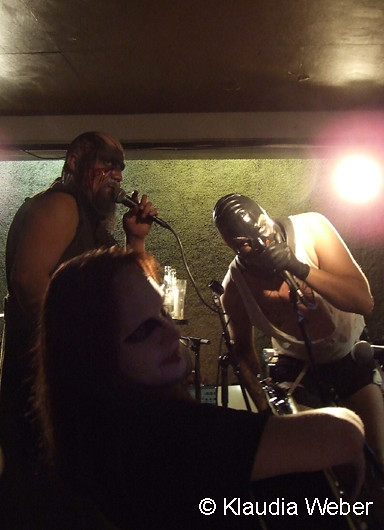 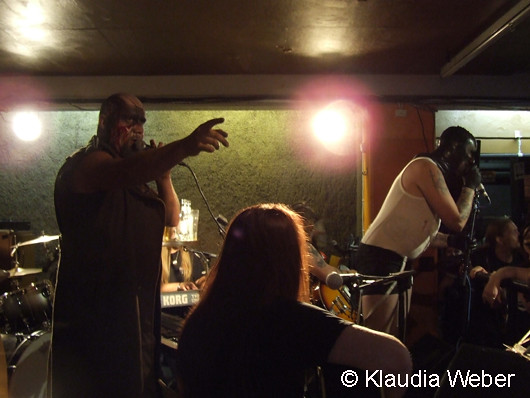 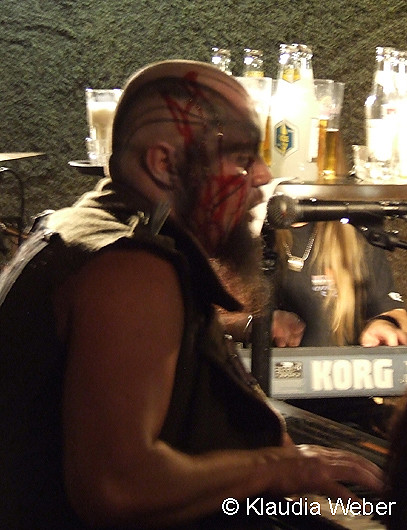 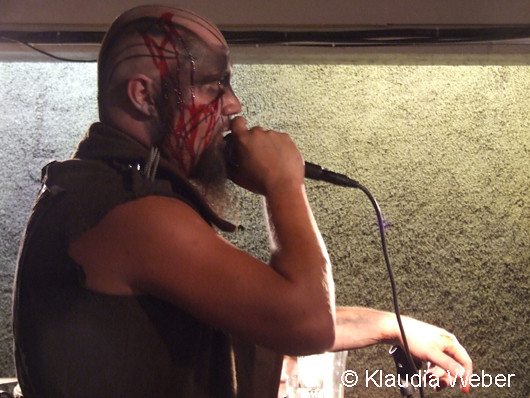 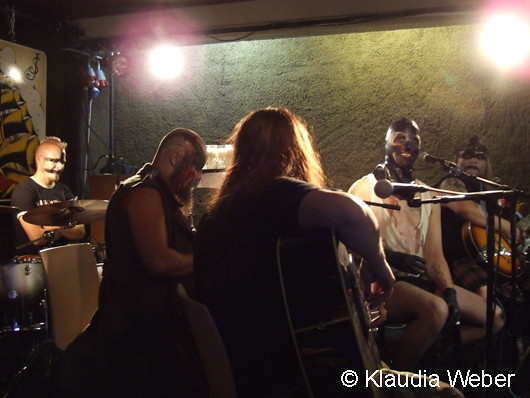 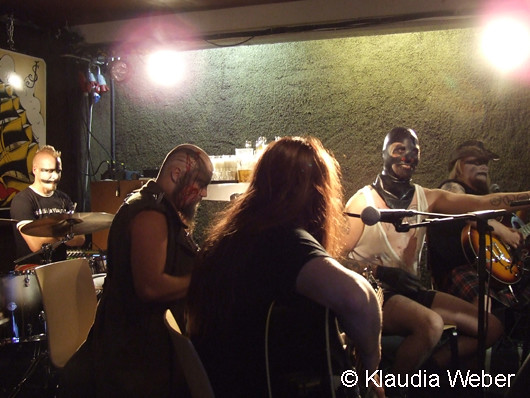 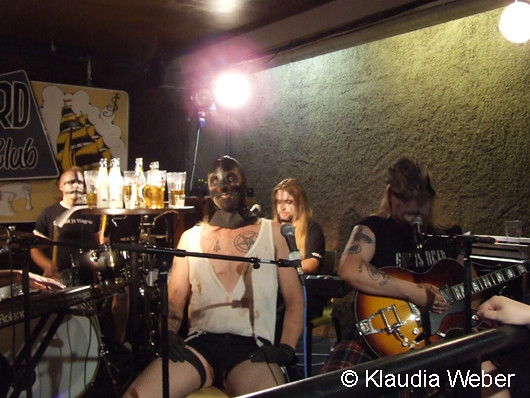 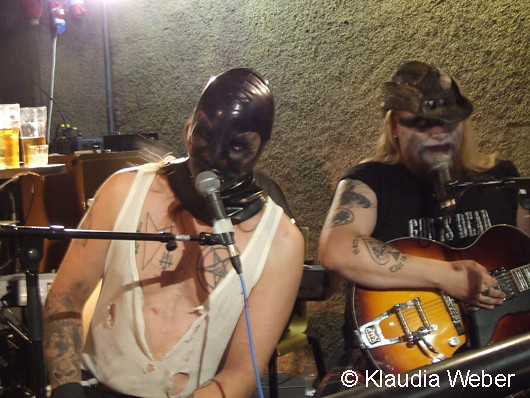 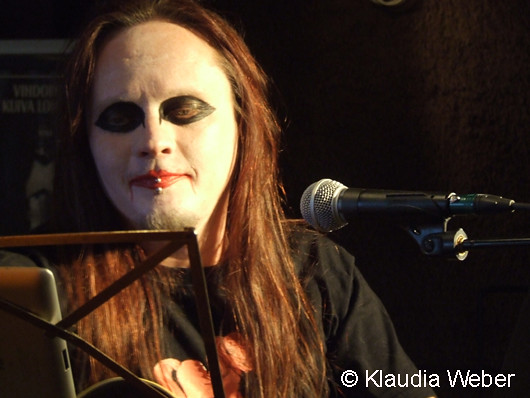 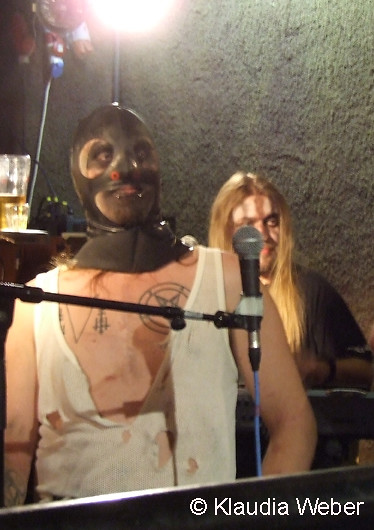 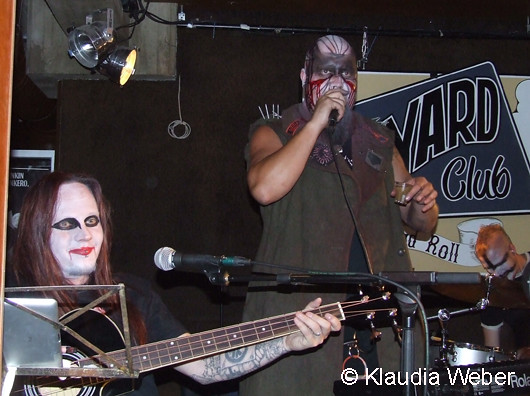 Hearing songs like Tirehtööri or Teurastaja in an elegant Swing / bar lounge / elevator music version is a lot of fun indeed. And indeed those guys tried their best to sing softly, given the usual slightly controversial topics of Turmion Kätilöt lyrics it means a lot of additional fun… What they made of “Jump” and “Smoke on the Water” in terms of (lyrically) creative cover version, deserved some extra plus points.

The fact that the two front men add an element of Comedy show to every “plugged” concert, is not a big secret; this more intimate situation at Alakerta made a special experience out of it. Interaction with the audience was much easier, and people took gladly part in every nonsense the band came up with. You could see easily how much fun the band had thanks to Spellgoth´s black mask… the band had so much fun they simply didn´t stop playing until a full 1,5h best-of gig plus encore was done. Great, please play another gig like this! Or better, please give Turmion Kätilöt their own TV show!! 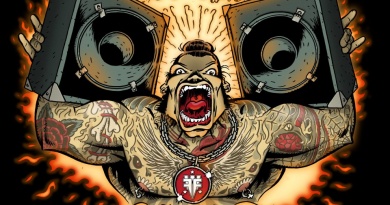