This band, or better, this musician collective, impressed STALKER before, in 2007 with their CD “Precambrian” . Now after the tour with Opeth and with the re-release of this THE OCEAN classic “Fluxion” it was time to catch up with Mastermind, Guitarrist/Songwriter Robin Staps once again for an interview…

Hi guys! How are you? OK I hope.
Everything is fine here, thanks for asking. Springtime is the best time in Berlin 🙂

What is the story behind the „Fluxion“ Re-Release ?
The original version of Fluxion has been out of stock for more than 3 years, and people have been asking about it, via our webshop or at gigs… and as „Fluxion“ is an important album in our musical development, we just wanted to have it available again. And at the same time get rid off some details that we found annoying, mainly what concerned the sound, but also the slightly monotonous vocals. This is why we re-recoded the Vocals, remixed and remastered the whole album. And also the artwork. We wanted to continue the Aeolian artwork anlehnen, as both albums were recorded in the same session, and the original plan back then was to release them both at the same time.

What is exciting about making hard music?
The energy you experience in live situations. The kick-ass factor. We do have a wide musical spectrum, but it is indeed the case that when playing live, the harder stuff is much more fun.

How do you create a new song?
Usually I have a basic idea, it could be a riff or a  drum beat or a sequence of chords, and then I work on it step by step. Drums and guitars are created parallel, the rest follows later. The new album will have much more input by the other guys, sometimes Jona sends me some guitar tracks and I work out the drums to it. Otherwise I send the guys a pre-production and they transform it in their particular way.

What is most important for you in the songwriting process – complexity or the atmosphere?
Complexity is never the purpose, only the means to an end. We don´t want to make comlicated music, it just happens sometimes. It is about the impact that music has on us and on the recipient. We want to achieve a more or less defined feeling. And if I had to take my pick here I would say „atmosphere“.

Listening to your music I feel like drifting off. Do you see your music as means to escape cold reality? And if yes – whereto?
This is something that everybody has to decide individually. I cannot look into the psyche of every our listeners. For me music is sometimes also an escape route, especially at night in the dark, headphones on. You drift into another world and re-surface in a different emotional state. This is great.

Your music works best in combination with your lyrics and the booklet artwork. Is this a new way to have copy protection, against illegal downloads in peer-to-peer networks where you only get mp3 tracks without booklet?
Maybe, yes. Sort of voluntary copy protection. We do have this offer with our extensive packaging and the fact that we make some effort in the visual aspect of our art. Many people really appreciate that, and I always get the feedback of people „I download pretty much everything nowadays but I had to purchase „Precambrian…“ I don´t mind downloads and use them myself many times, but if I like a band and they also try to create something special, I respect and support that.

Do you like webzines? Do you think they will be more important than print magazines in the future?
The current trend seems to go that way. But print magazines will never disappear, just like the CD won´t disappear completely. Some people still prefer to read in the bathroom or on the train, and you don´t have a laptop with internet connection anywhere. I personally hardly ever read interviews online, that´s way to exhausting, as I spend the whole day at the computer anyway. And I think also in the area of online magazines the wheat is going to be separated from the chaff in the near future.

Have you ever been in the situation to quit as a musician and do something else?
Not personally. But many of my companions in recent years did that, and they quit because they wanted to have a career, because of having children or because they wanted to spend more time with their girlfriends. I can only respect that and continue, with other people. I think sooner or later it will be my turn to quit, being fed up with all this touring. But I am not at this point yet, and it is great, I love to live this way. The question is, how long still. But in case I am fed up with it all one day, I hope there will be somebody to take my place in  The Ocean…

How do you spend the last minutes before going on stage? Are you nervous?
Not any longer. Even during the tour with Opeth where we appeared in front of 1000-1500 people every night, we hardly ever experienced that. I´m only getting nervous when right before the show there are technical problems and our lighting programs go nuts… but after the last tour also those bugs have been deleted, so I hope it´s not going to happen again. Usually we sit backstage and chat, then have some Whiskey & hugs, and then we go on stage.

Where do you see yourself in 5 years?
Far away, on the big wide ocean… if in a storm or in calm weather, I cannot say. The weather forecast doesn´t go that far into the future.

Many thanks for answering my questions. 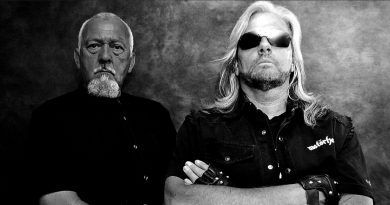 Paul May (Atkins May Project): Straight from the Black Country 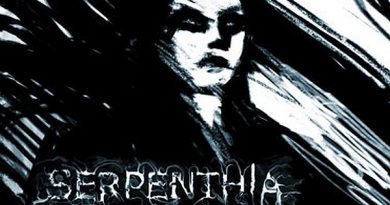