So there we are again, for the annual Spinefeast in Hel(l)sinki, and once again the Nosturi will experience a 2 days’ of finest metal thunderstorm.

Thanks to an evening shift I miss the first band myGRAIN, a still young band currently working on their debut longplayer. Who wants to listen to, check www.mygrain1.com, there are some sound samples. Big sorry! (MK)

The replacement Amoral I missed, unfortunately, because they have already proved themselves as excellent live-act, in fact new-hopefuls in the Spinefarm-catalogue. Their debut album „Wound Creations“ featured heavy riffs and complex rhythms, like a co-operation of In Flames and Meshuggah. And it seems that the new output “Decrowing” continues their style. (KW)

So the first band for me to see tonight are Sólstafir from Iceland. The name means sunbeams that break through a cloudy sky. The Music is just like the name of the band, a mixture of light and darkness, and can not be sqeazed into any genre. I’m actually missing the words to describe what I’m hearing here. I’ll try with doomy black metal, a pinch of psychedelic influences, spiced up with a bit of trance, stir well and serve! Infront of the imaginary eye visions of endless vastness, untouched wilderness and seething vulcanos come up. Titles like ”Ritual Of Fire” bring to mind, that still nowadays a proud Viking heart beats in these Northmen’s chest. Unless I’m not suffering from some ear damage, there were actually just 3 songs on the set they played, but then those were extremely long. The vocals are screamy, partially throaty, and partially even almost clean. But then again there are jammed passages without any vocals. To my personal opinion a great mixture! Admittingly one or the other might need few approaches to get into this band, so there were some few faces kinda surrounded by question marks. But generally the gig was great and with great acceptance, people want more. Me too, the in December upcoming album ”Masterpiece Of Bitterness. (MK)

Next coming up are ”Rotten Sound”. The monstruous drumkit already gives a guess what is going to follow now, and indeed: these insanely fast drums will beat the shit outta you! This is the moste insane thunder I have ever heard in my life. Fast, aggressive, mercyless. Singer Keijo Niinimaa screams all his aggressions towards the crowd, roars from unknown depths. The crowd goes crazy like hell, and there is a huge moshpit. Aside known pieces there are few new tracks, too. I don’t need to ask myself anymore, why this band, and especially their drummer is so legendary. (MK)

Tonight’s headliner are Moonsorrow, so there is no chance at all to cool down. With their usual blood-masks the local heroes present their Viking metal – what confirms my above mentioned theory. Songs of old times with honourable battles of honourable vikings let the crowd go wild another time. Henri Sorvali just got a little junior, and this obviously inspired him to some battle-cry, which usually isn’t in this part. The setlist is well mixed through all their albums, and at least from the back one can see a sea of reached out fists and moshing heads. But everything has to end sometime, so also tonight’s curtain finally falls. A worthy end for day one. (MK)

Because of the unusual early opening time and a long queue at the entrance I missed this band completely. But in order to get an impression of this Melodic Rock band, just visit http://www.soulrelicband.com (KW)

Sometimes it happens that you’re taken over at once by a totally unknown band. An audience chanting the band name already raised expectations, and in fact I had bought the „End of You“ album right after their show, if there had been any already… This young Finnish act, combining early HIM, Entwine and catchy Metal Riffs seems to me like the next big thing from the North. Not so much the voice, but appearance and slightly shy attitude of frontman Jami Pietilä did remind me of Ville Valo in the early stages of his career… (KW)

Another band that had me wanting their first full length album “Sound over Matter” immediately! Their recent single-output „As Far As the Eye Can See“ turned out to be too smooth for my taste. But live – incredible what happens on stage! Imagine Melodic Death a la Children of Bodom and a Fist-in-your-Face show like Pantera, but having also cello and violin! Vocalist Juha Immonen hardly ever stood still, and the cello-man, a certain Max Lilja, already gained Metal-experience with another cello-quartet. Presumably he felt Apocalyptica were too soft for him. Great act! (KW)

Somehow Lullacry remained in the shadow of other Spinefarm-colleagues, despite releasing their fourth album by now. And somehow I cannot really connect with the band. Their straight Metal sounds appealing, but the voice of frontgirl Tanja doesn’t quite take it to another level. A show without real lows, but without a climax either. (KW)

Turmion Kätilöt attracted local yellow press because of a scandalous live-show during a festival: supposedly sexual activities with an almost naked woman in front of minors … Quite possible that part of the adult audience was particularly interested in that. The „Midwifes of Destruction“ turned out to be another positive surprise: cool Industrial Metal, rocking like hell, sort of Finnish Rammstein-version plus a little Manson-like kinky show. One of the outfits provided – err – insights, but that was the only sexual thing that night. Before they pulled of their Sado-Maso-Show they asked if kids are still among the audience. Not that bad, actually, but I wouldn’t want to be in the front row … (KW)

Conclusion: Spinefeast – as always a must-see! 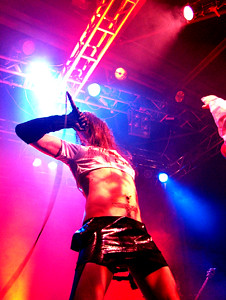 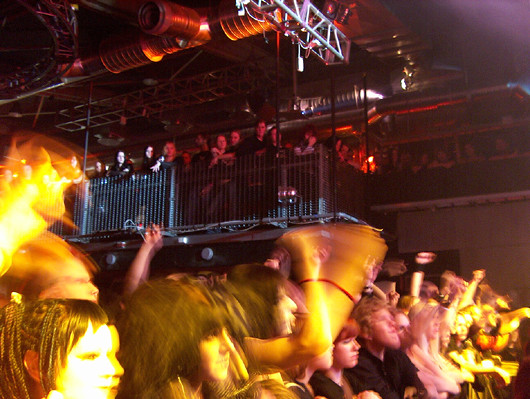 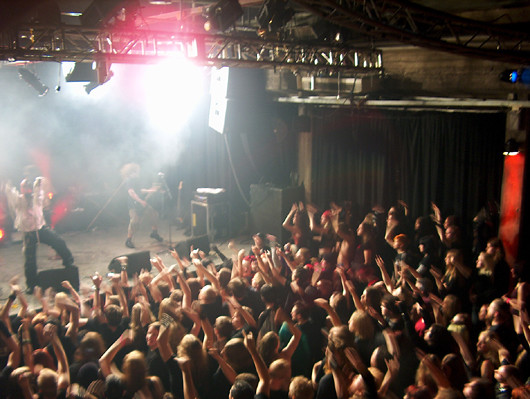 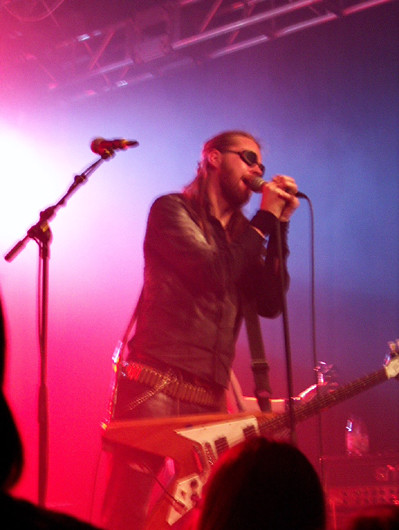 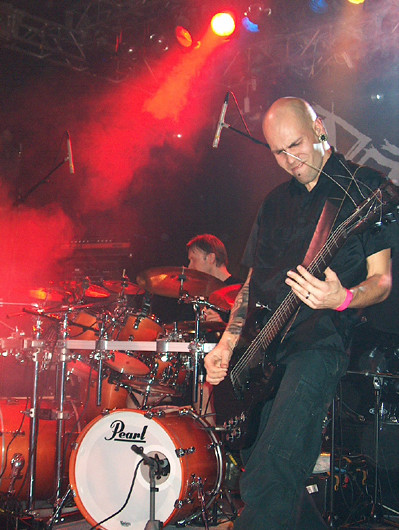 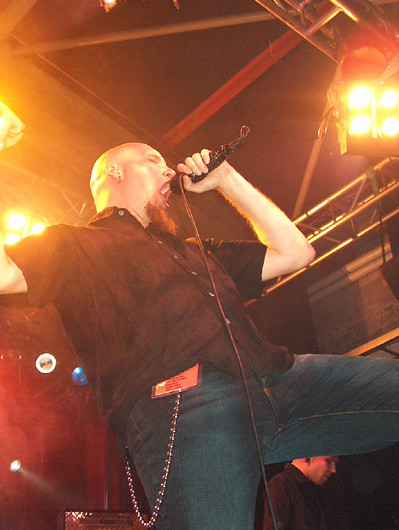 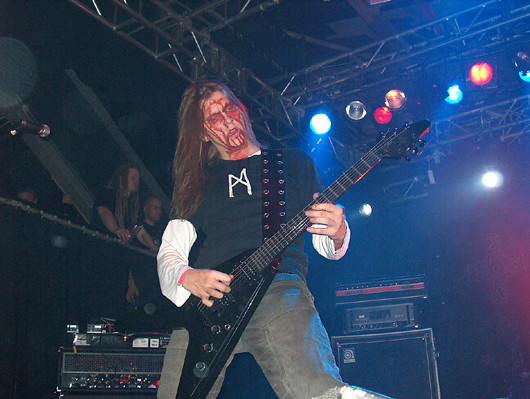 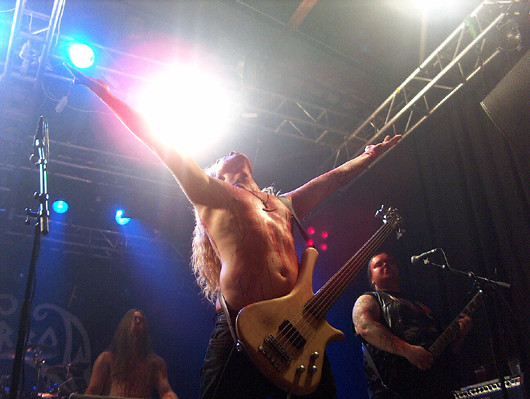 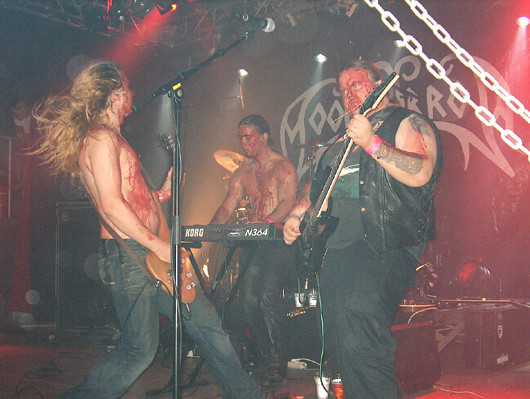 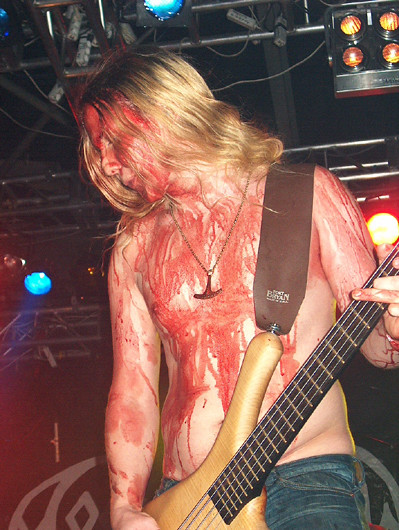 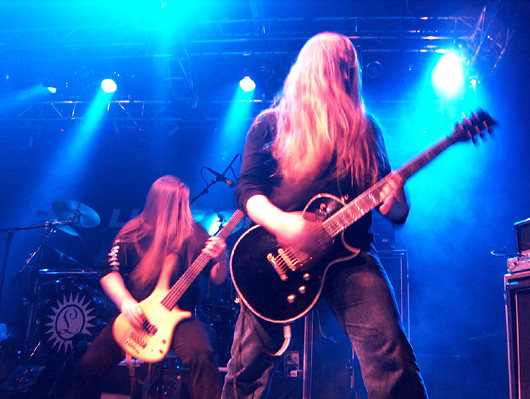 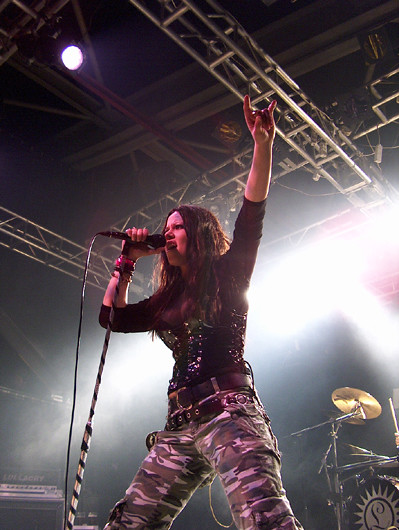 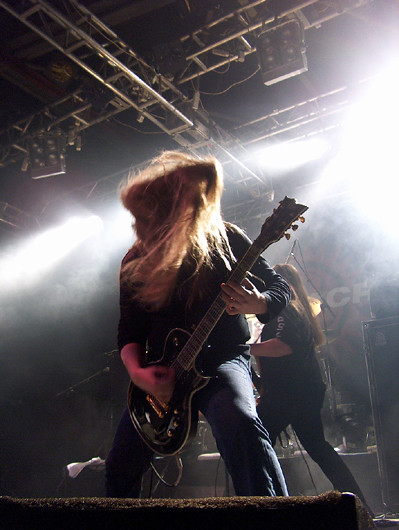 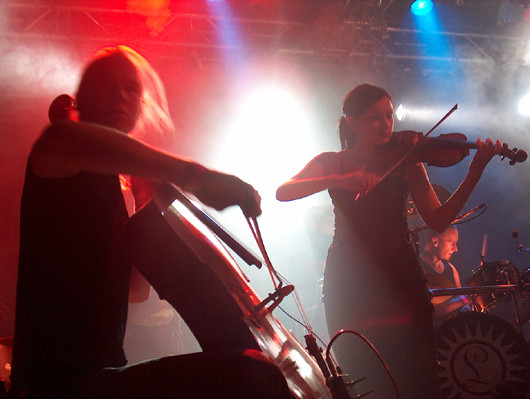 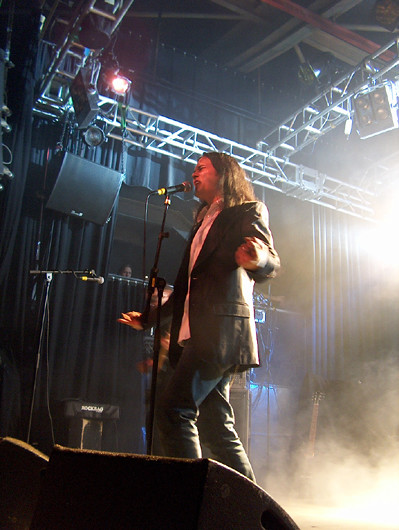 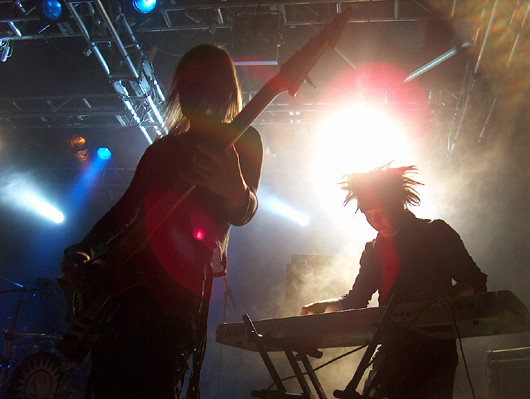