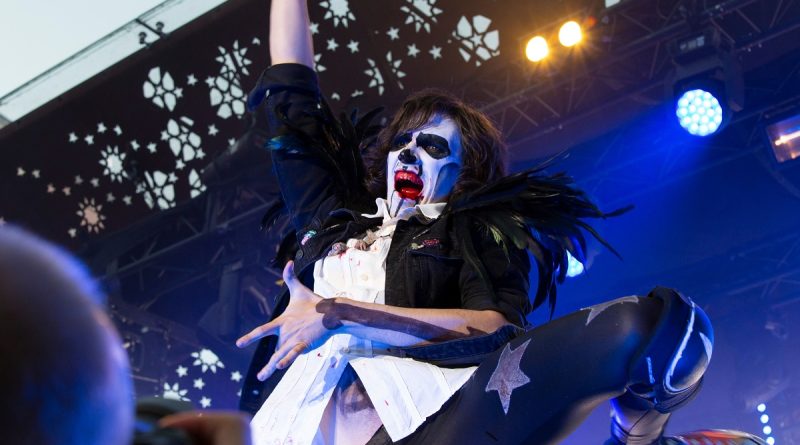 The 25th Air Guitar World Championships World Final took place in Oulu, Finland, on Friday 26th August in Oulu Rotuaari Square, which was absolutely full packed with an audience of over 3500 people (and more audience world-wide, as the event could be followed via live stream). There were 18 finalists in total, including Thursday’s Dark Horses and the National Champions. The competition was separated in two rounds, with only the best eight competitors in the second round. Kirill “Guitarantula” Blumenkrants from France (start photo), took the title as the new Air Guitar World Champion 2022 and also received a unique Flying Finn guitar, hand-made by Matti Nevalainen! 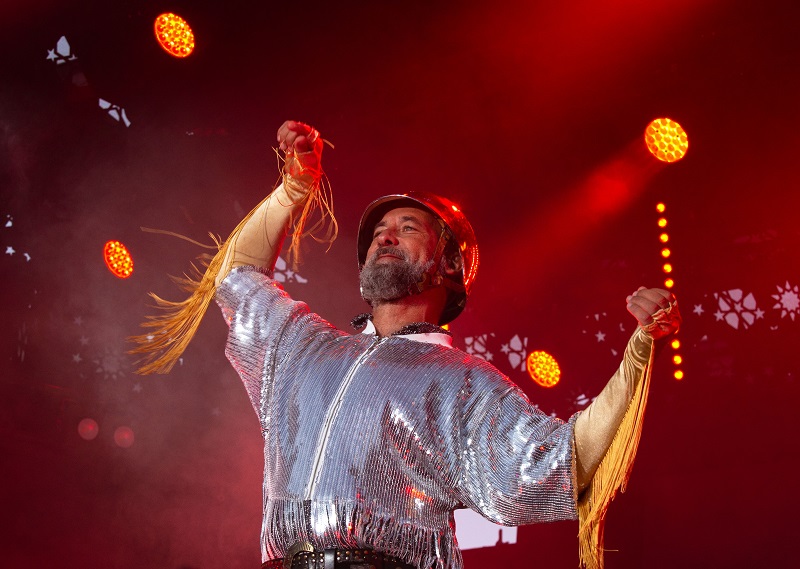 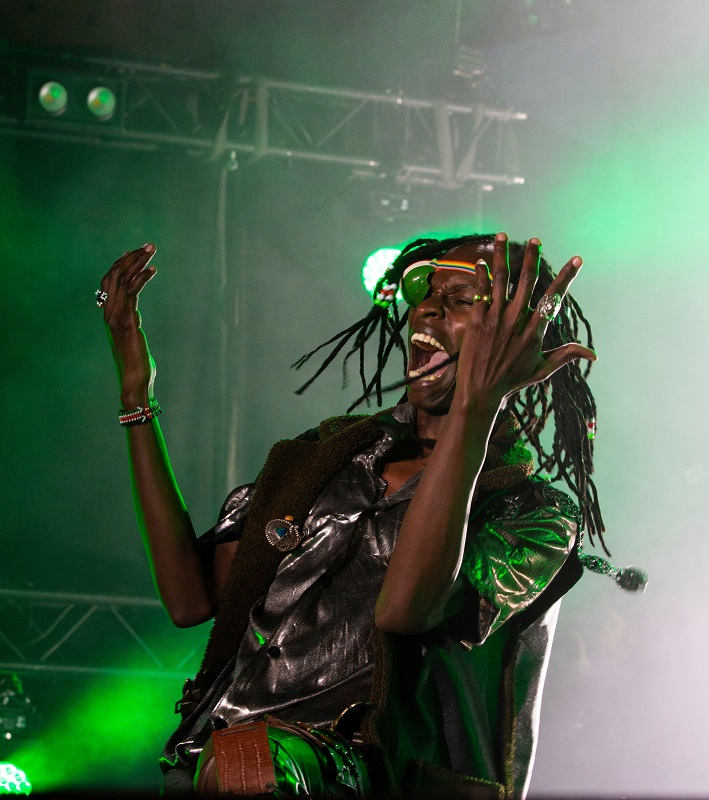 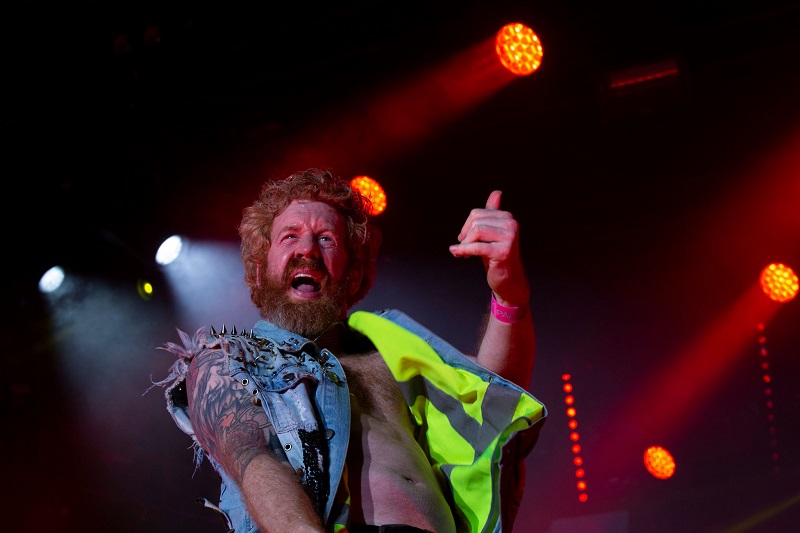 and Apolline “Lady Attila” Andreys, the French national champion of 2022. 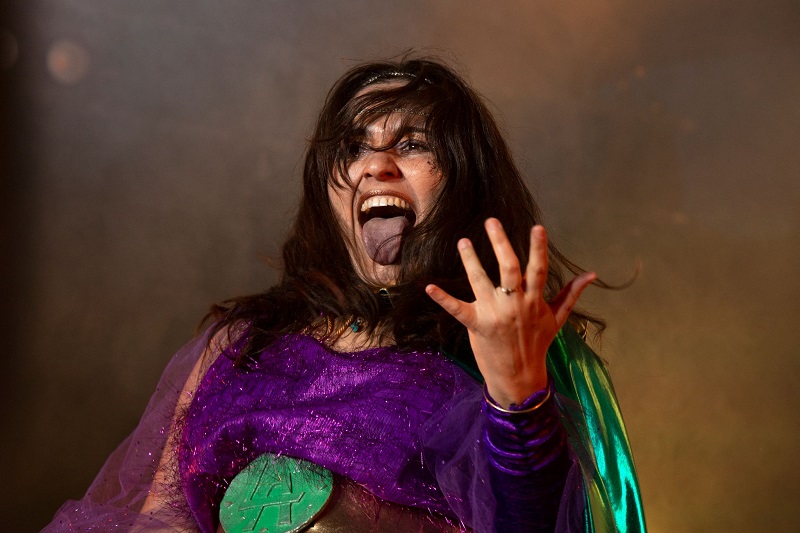 The Final was hosted by the esteemed Master of Airemonies, Justin “Nordic Thunder” Howard and Finland’s very own Jani Kortti. The jury included Juha Torvinen (famous Finnish guitarist from the band Eppu Normaali), Piia Rantala-Korhonen (the C.E.O of Oulu2026, European Capital of Culture), Martu Väisänen (the Producer of Oulu Pride) and Janne Kuustie (the leader of Akseli Klonk -theatre).

The joyful evening also consisted some burlesque-shows by talented group Variette, and in between the finalists performances the audience got a chance to see some behind the scenes -material from backstage, streamed live to the big screens next to the stage.

The Air Guitar World Championships has been organized in Oulu for over 20 years. It has become an international media magnet of good mood, built on the foundation of captivating and avowed enthusiasts around the world.

Air guitar playing is not instrumental sports or arts, nor does it require any special venues or skills, so it is accessible to all. Air guitar can be grasped regardless of gender, age, ethnic background, sexual orientation and social status. Air guitar playing is equal. The purpose of the Air Guitar World Championships is to promote world peace – according to the competition ideology, wars will end, climate change will stop and all bad things will vanish when all the people in the world play the air guitar.

The Air Guitar World Championships is organized and held by Airnest Productions Oy. 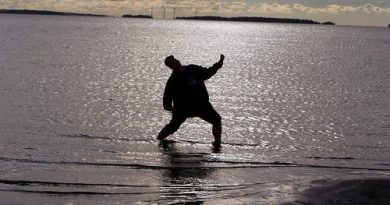 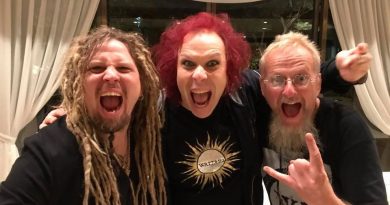 “Great memories are worth the pain”: The Story Of 2 Rockumentaries 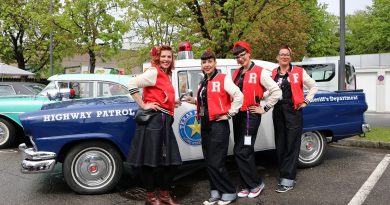