This evening is dedicated to the Union Jack – top class British Rock and Metal. Originally Y&T should have been on it but had to cancel due to sickness but will be touring in 2019. Those US boys would not have fit into the British program anyway. About 900 people enjoy those bands who are longer in business than I am on this Earth.

The brothers Gallagher of Raven (start photo) don’t have much room on stage but they only have a drummer with them, therefore they can act out on stage like being teenagers again. Hence singer John uses a headset which I have never seen on a guy in all those years. Those two brothers warm up the crowd indeed, a worthy opener for Saxon. 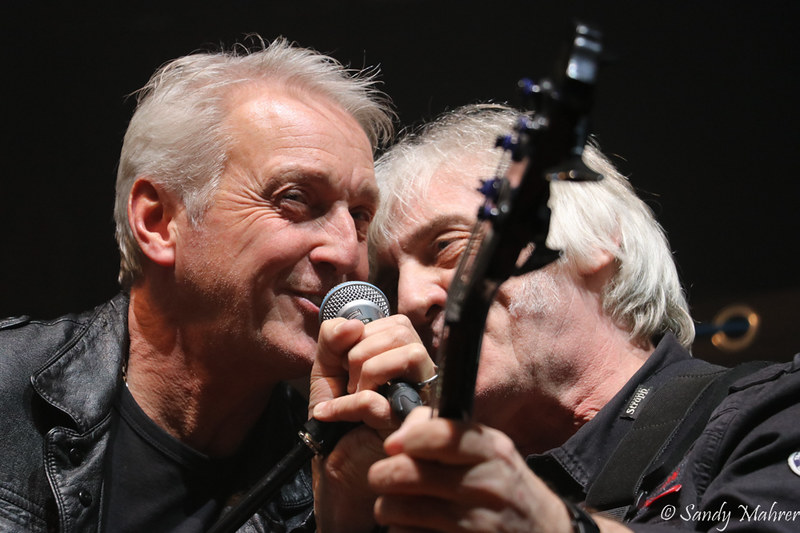 Musically FM do not quite fit the bill with their soft songs from a band history back to the early  80s; they had huge tours back then and played with  Meat Loaf and Foreigner. Steve Overland and his band have obviously a lot of fun and after those chaotic Ravens it feels good to cool down a bit. A great show and I am surprised how many songs of them I actually know. 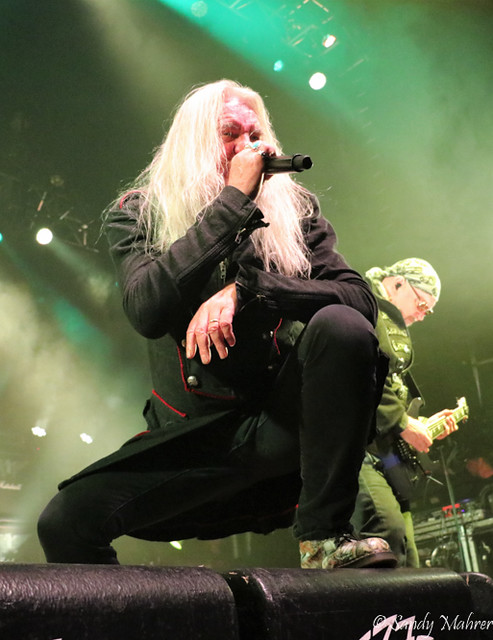 For me  Saxon is one of the bands that I have seen first at Z7 and singer Biff Byford is not only a gentleman but also an inspiration for many Metal fronters. He’s about 67 already but still acts out more than many younger dudes, headbanging through a 90min show and leading it with a lot of charme and British humour. still so passionate and skilful after all those years – Chapeau! And they have a great new album out. Naturally they also play some of their old songs besides the new material, e.g.  «Princess of the Night» or «Wheels of Steel». After four encores the show is unfortunately over and we hope that Saxon come back to Switzerland in the next year.

Saxon are still touring and also offer VIP tickets, so in case you want to meet Mr. Byford and his men personally you should use this opportunity. 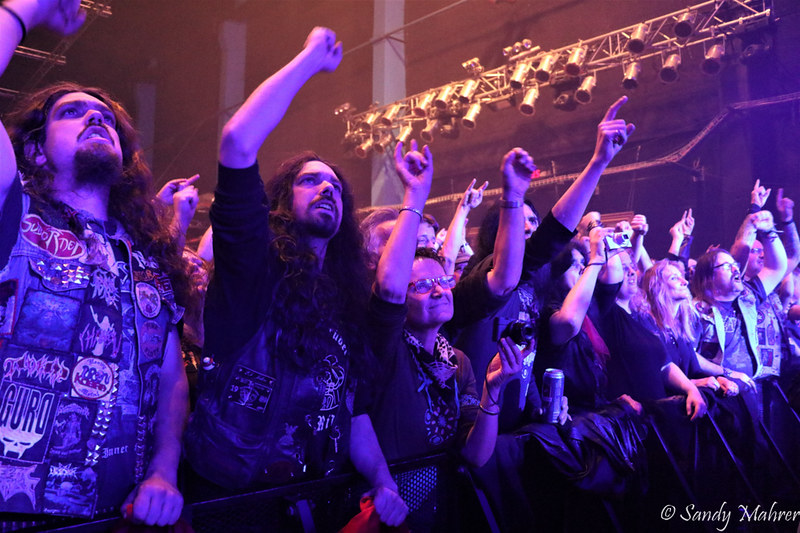