This evening is dedicated to Glam Rock with the giants who created the hit  «I Believe in a thing called Love». And when The Darkness play at Z7, about 500 party people gather even on a Monday. And in fitting dress code, from Zebra cat suit or 60s Fitness-video-trainer – tonight the guys look more outrageous than the girls.

First on stage are four guys from Nashville named Blackfoot Gypsies, who revive the 60s Rock’n Roll.  They are very young but do a good job, and their songs and cool rhythms appeal to the audience, everybody is rocking along right away. Singer Matthew Paige entertains the crowd with his speeches in typical Tennessee-Slang and he speaks so fast you can hardly understand anything. Those guys also know how to move in a way you know from classic bands like  Sweet, Slade, Led Zeppelin & Co.

Dylan Withlow on Bass, wearing a fur hat, sings as well as singer Matthew, just like drummer Zack Murphy in his Confederate shirt and Lemmy-beard. The band offers a rare bonus, Ollie Dogg playing the blues harp and having a whistling solo. A fantastic live act.

Many use the break for indulging in beverages or inhaling herbal refreshments, the latter seems to be especially popular this evening. I do not drink and smoke and had problems to get out of bed after this gig next day, therefore I wonder how they all can handle it. What’s much worse is to imagine that all those people are also driving a car afterwards. 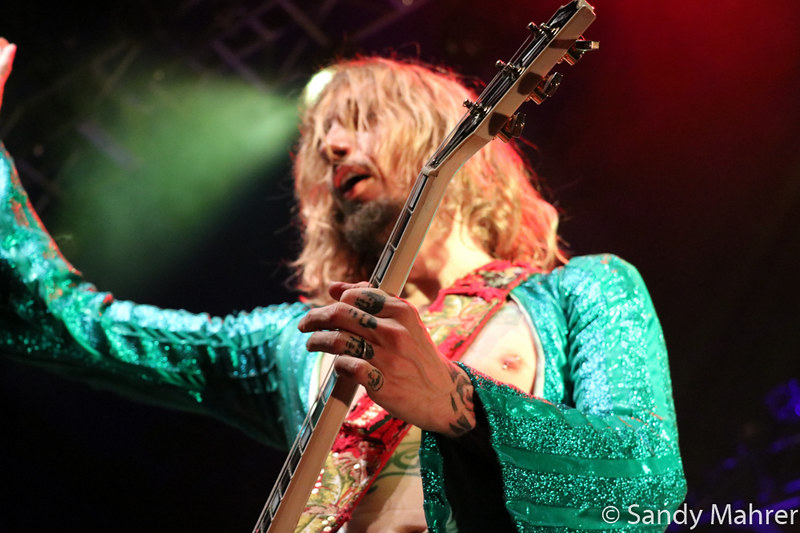 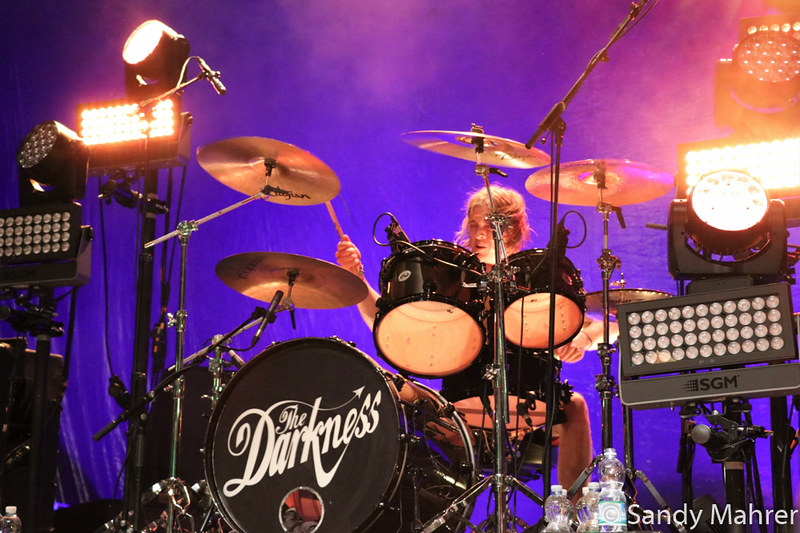 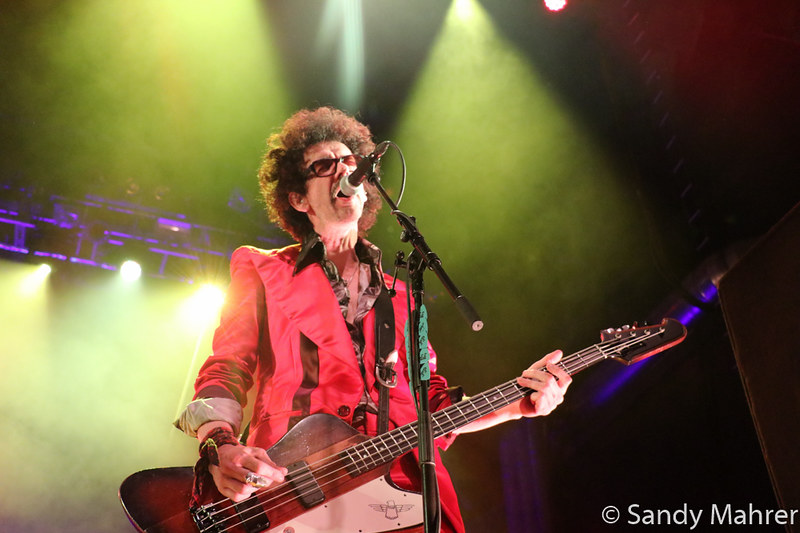 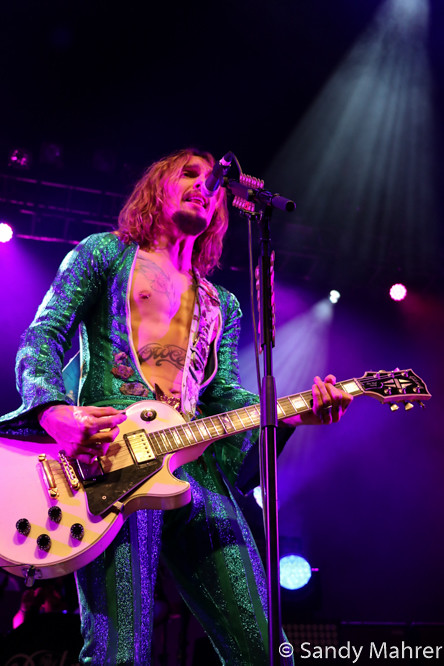 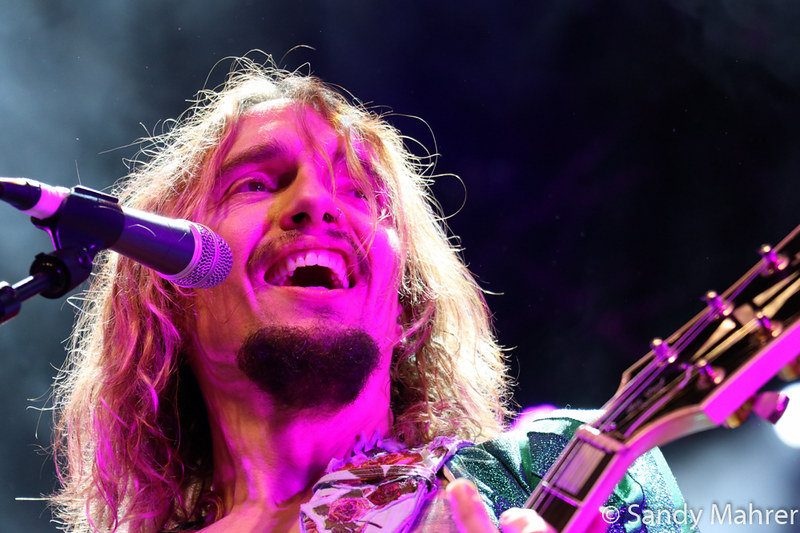 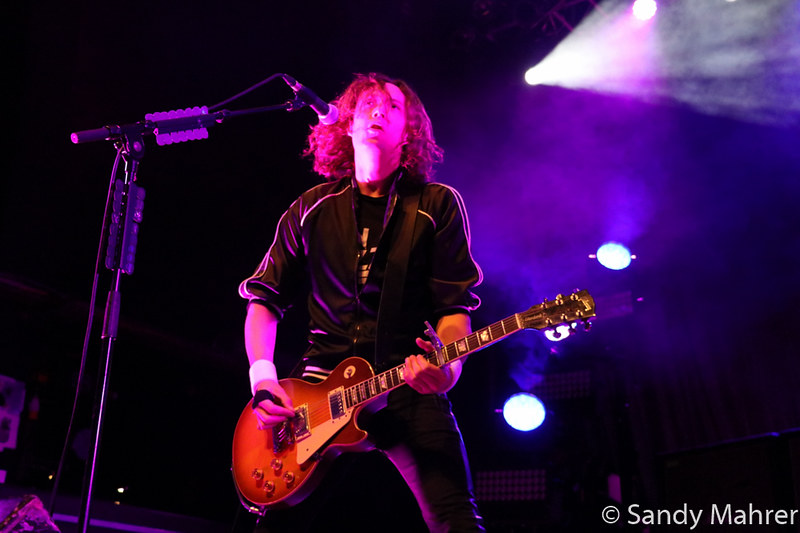 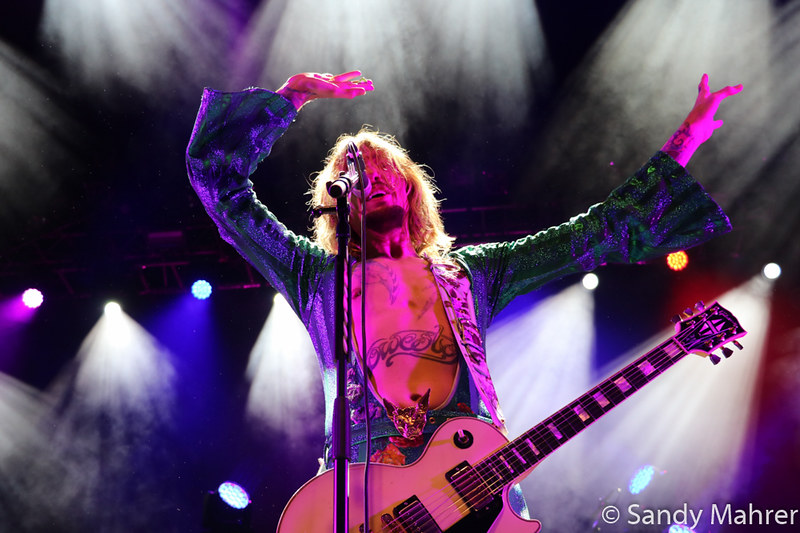 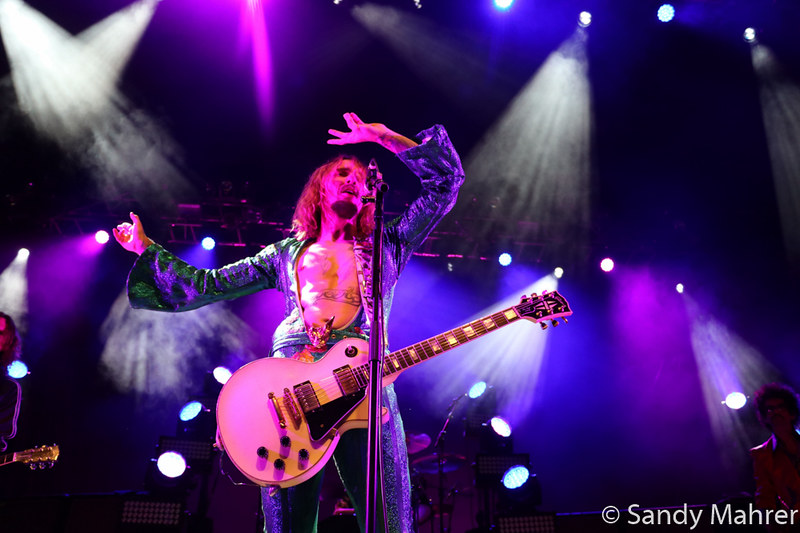 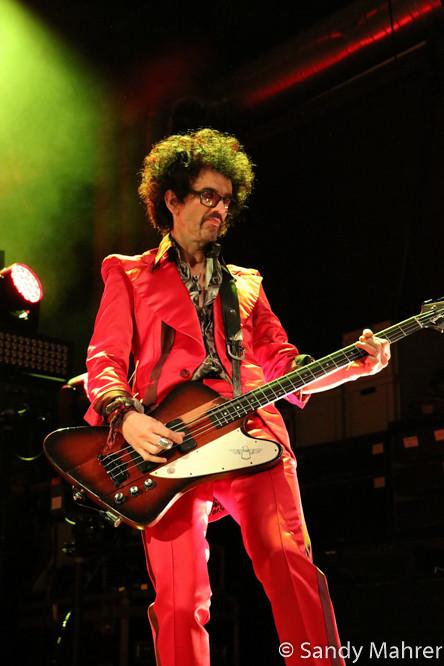 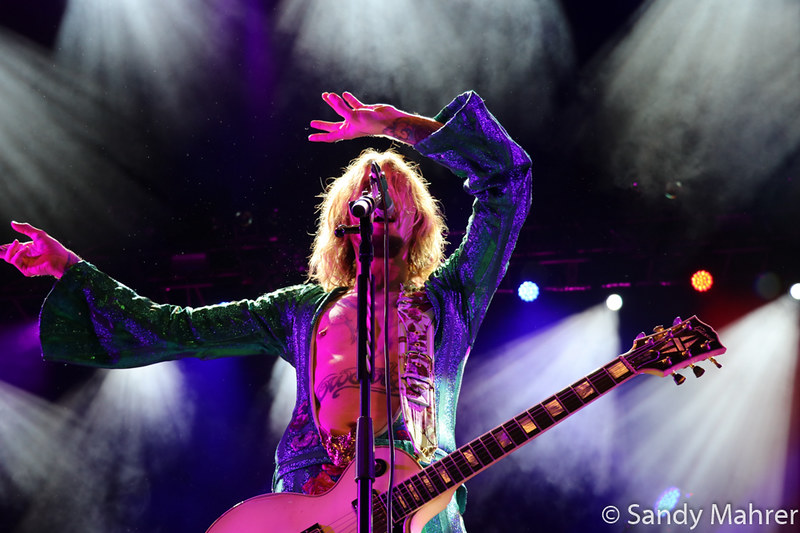 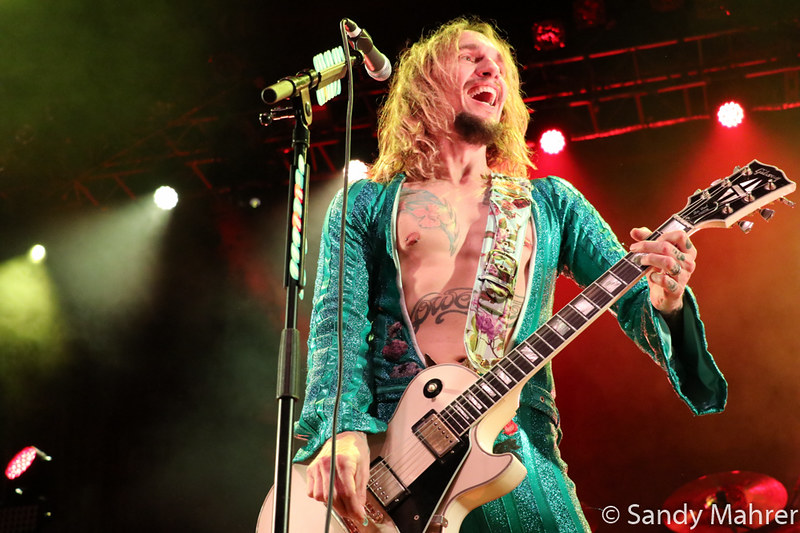 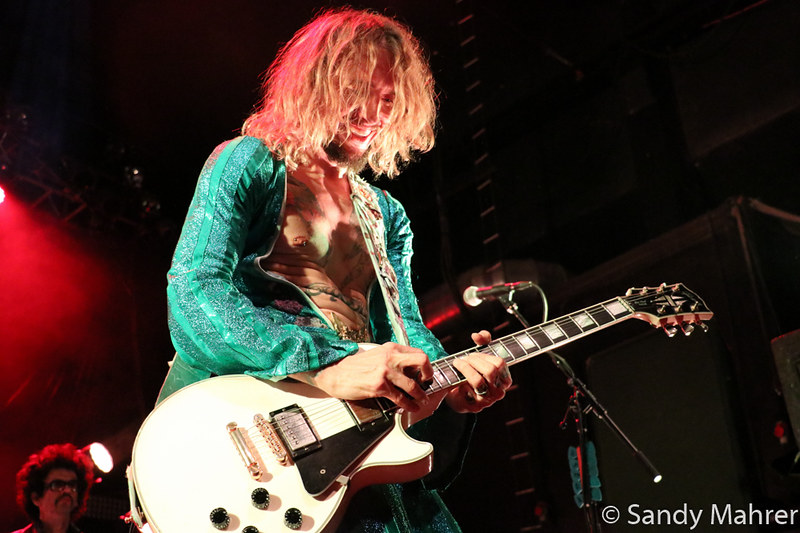 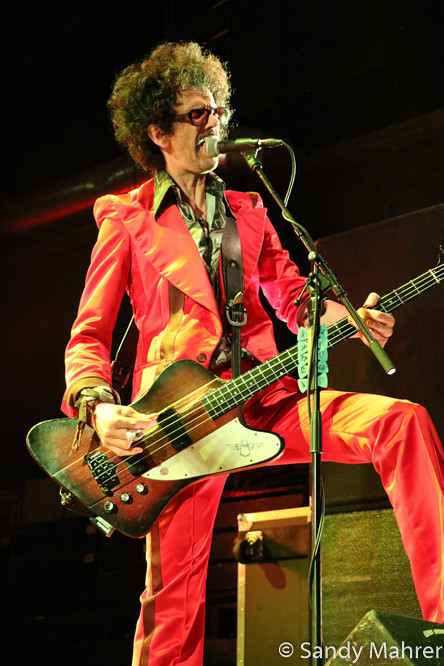 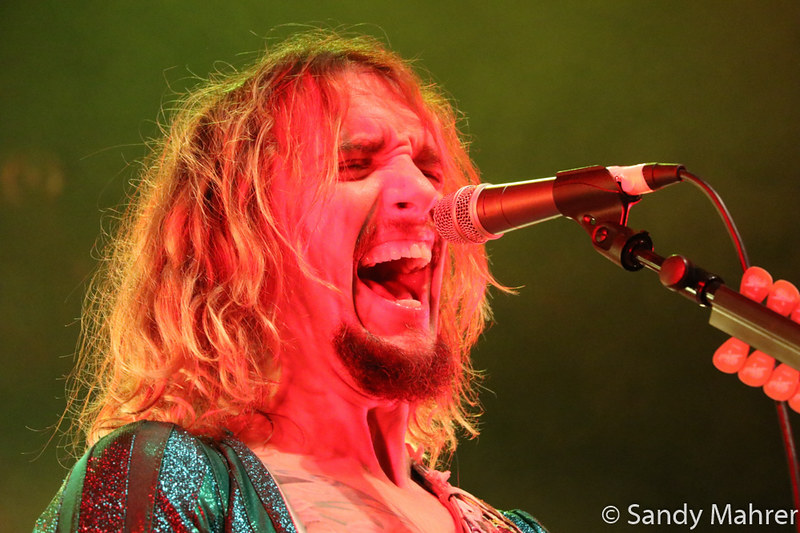 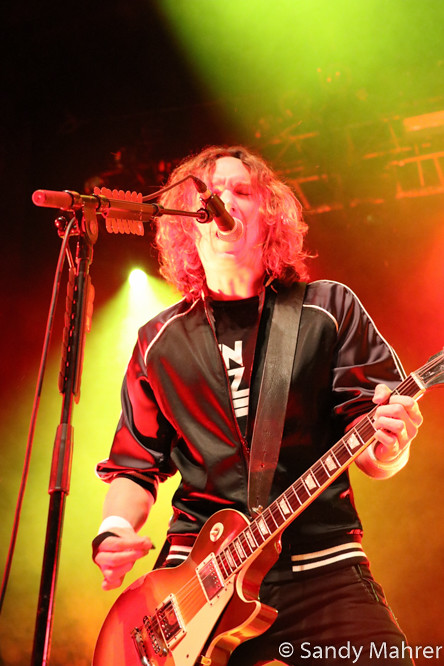 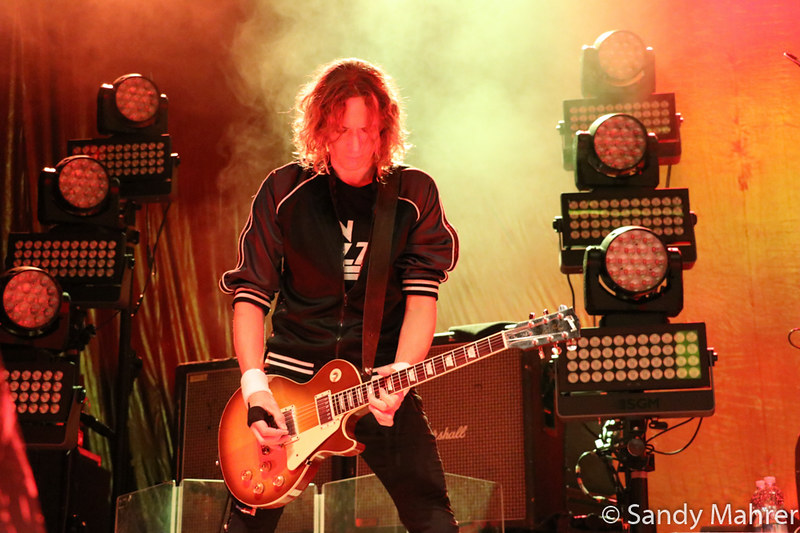 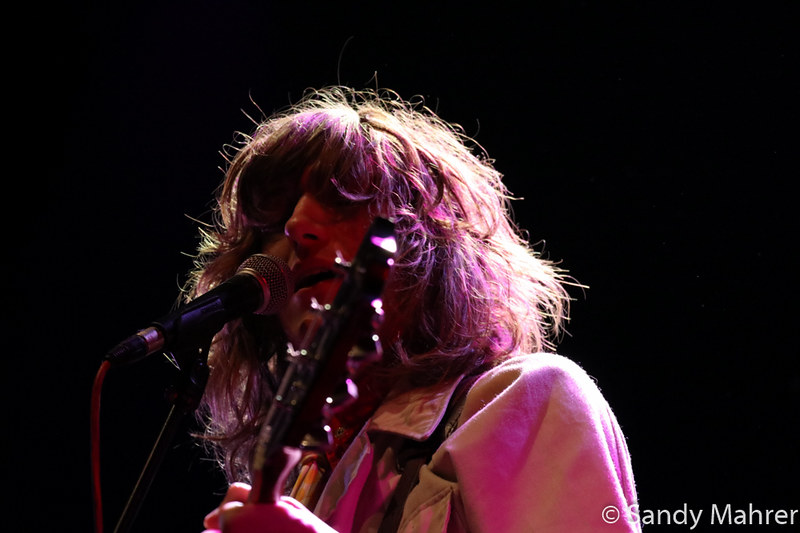 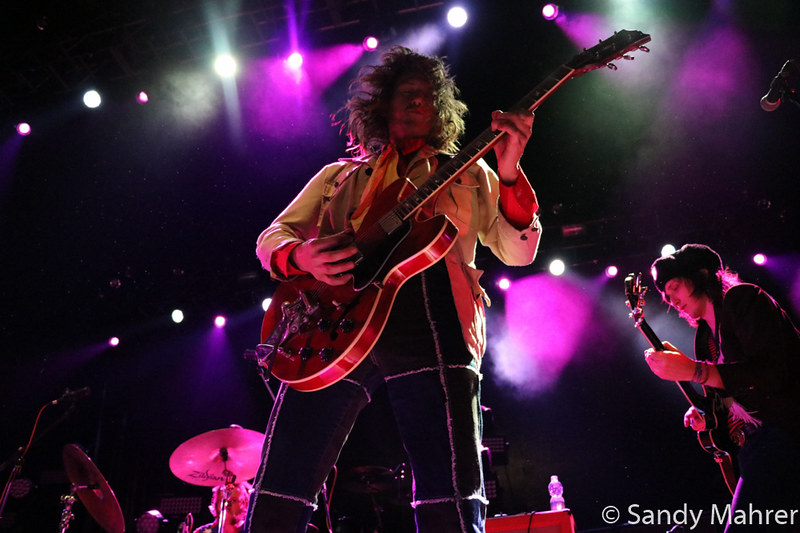 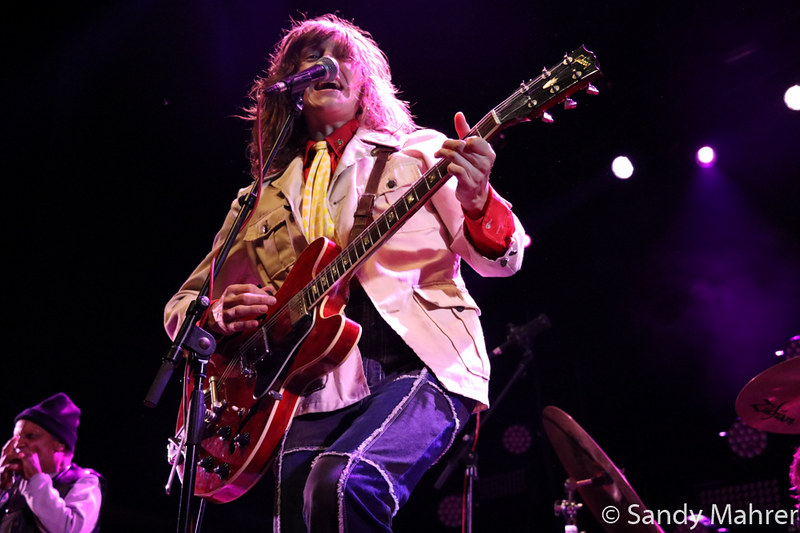 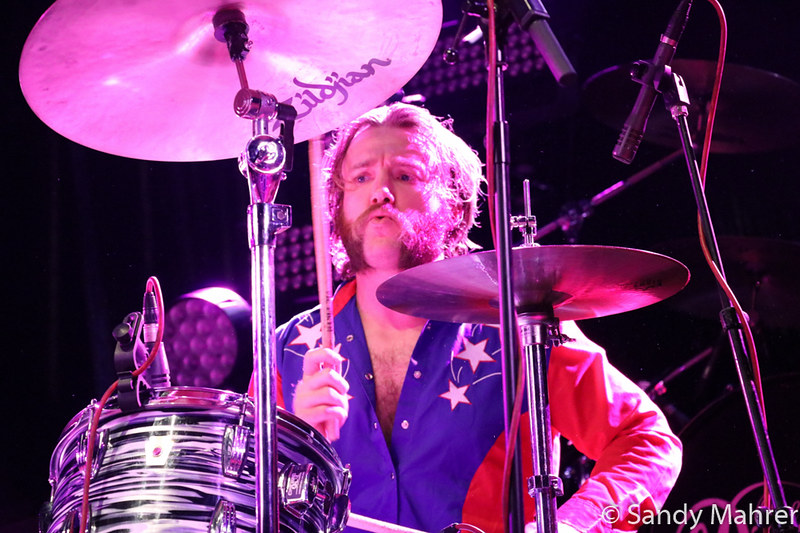 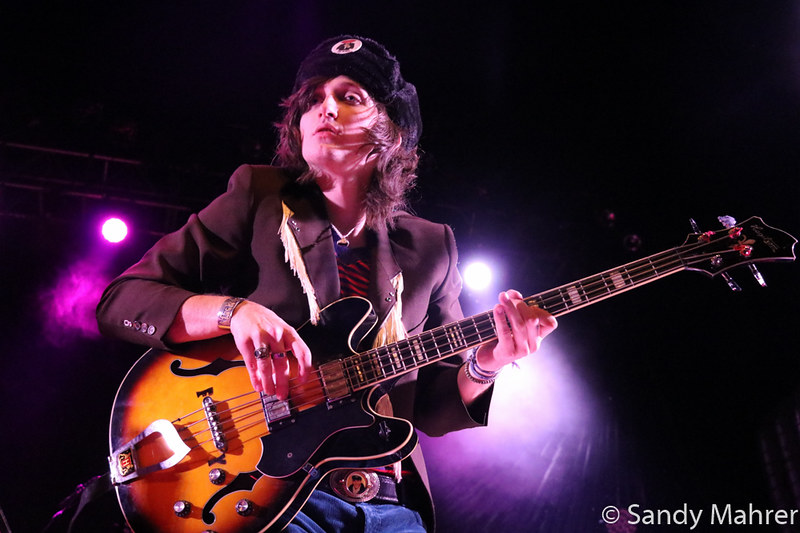 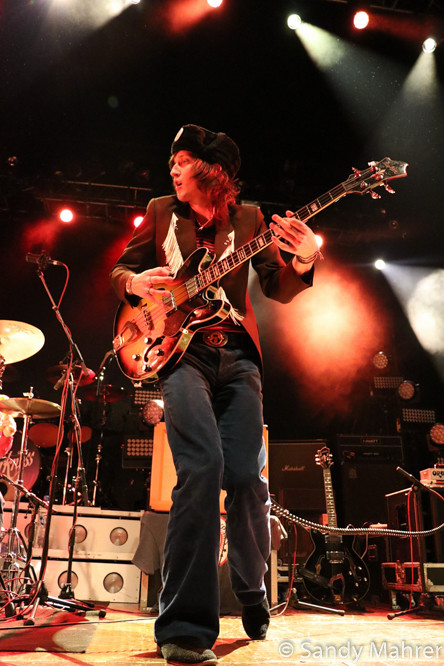 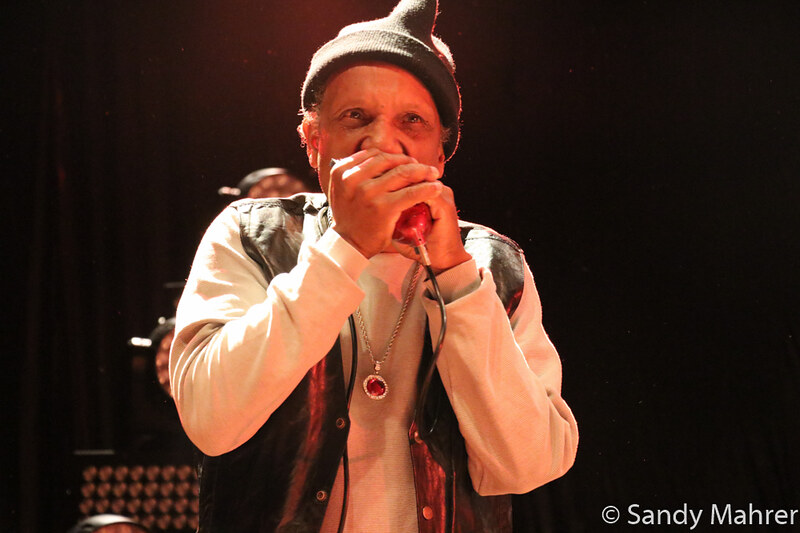 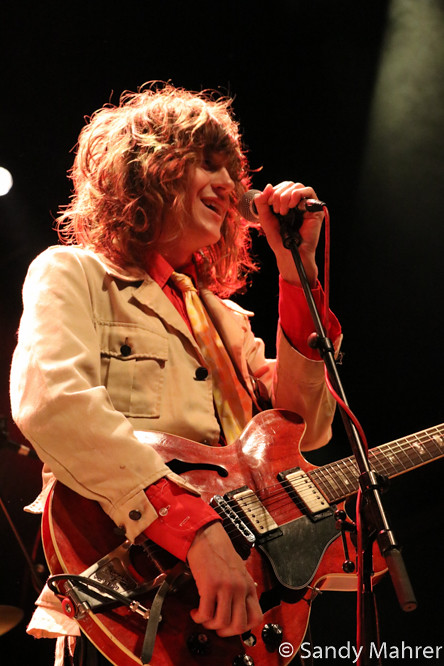 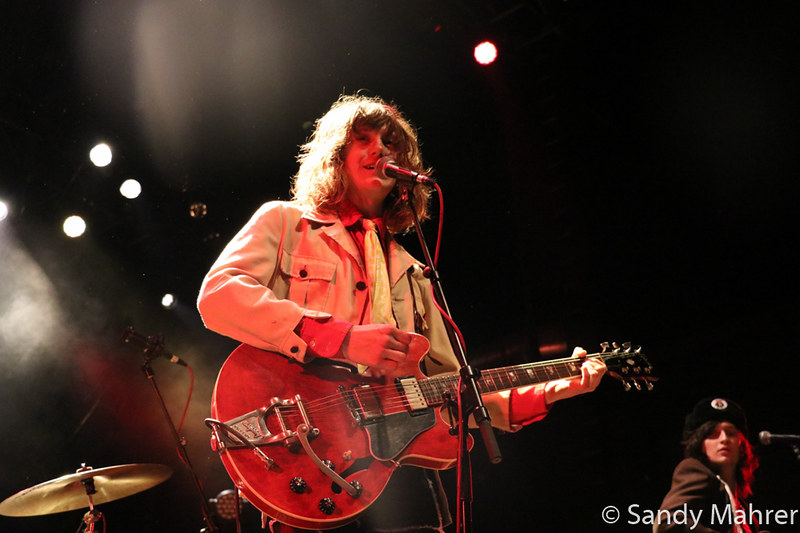 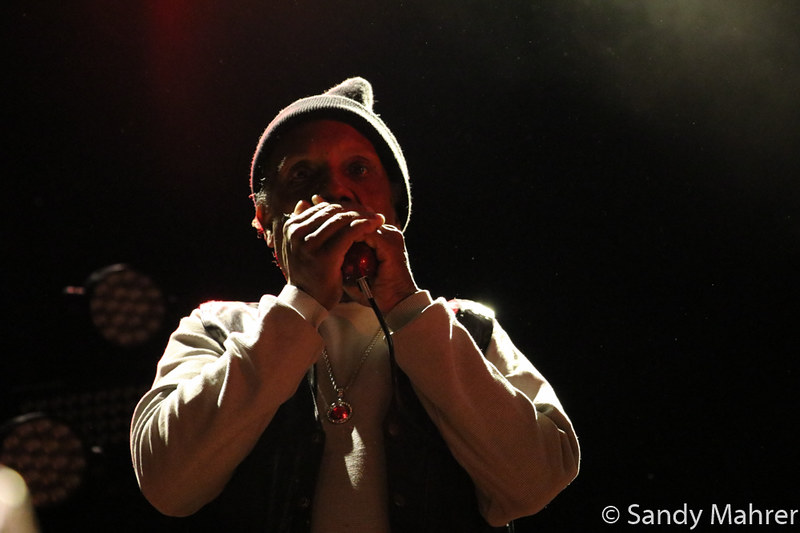 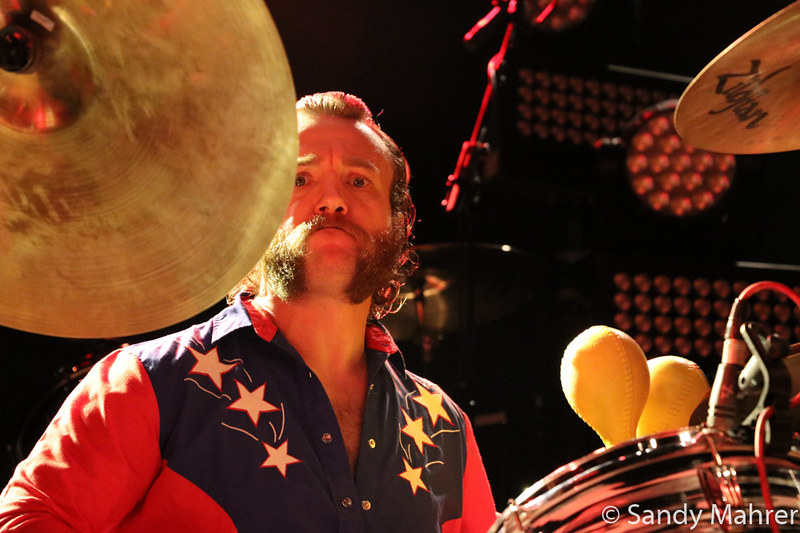 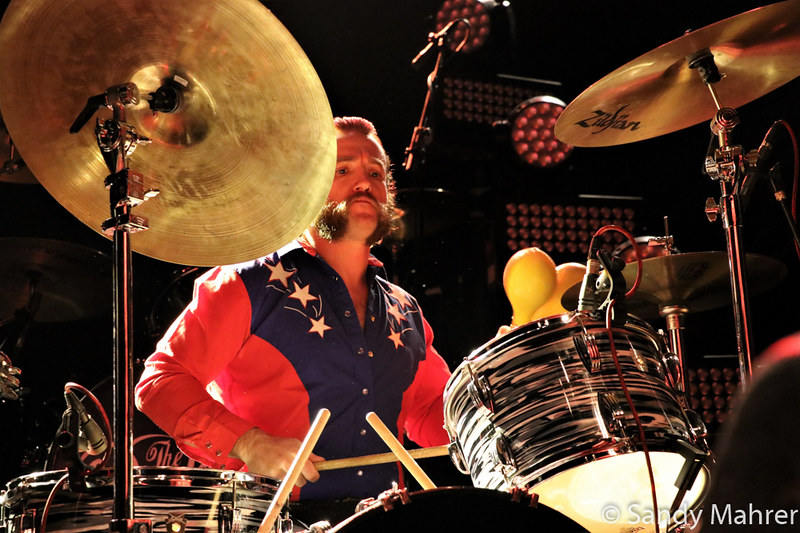 Well, it takes 30min until finally The Darkness open the show with «Open Fire», and dressed in a green deep cut glitter outfit Justin Hawkins enters the stage. Bassist Poullain wears a similar gear, in comparison guitarist Dan Hawkins and Drummer Rufus Taylor seem pretty plain when it comes to stage clothes. One of the biggest The Darkness hits «Love is only a Feeling» is played as second song which I find a pity. Otherwise the set list is everything to wish for, a good best of-mix that inspires the  Z7 crowd. I think I have never seen so many people dancing, no matter whether house wife or death metal fan. The Darkness know how to set their audience on fire, and they do not spare their guitar picks that are donated to the audience non-stop. Singer Justin even speaks some Swiss German in between, and pretty well, as he has been living in Switzerland for several years, with wife and kids who are also present tonight. Justin does a lot more to entertain the crowd, asks people for their names or even borrows their shirts or their glasses. This show seems like a big family meeting, not like a concert of a pretty successful band. He always finds a way to involve the audience and seems to have a lot of fun on stage. A born entertainer. 17 songs of pure power and as encore «I Believe in a Thing called Love» – you cannot imagine a better gig. The audience, a very diverse mix on this night, has definitely enjoyed it. The Darkness always deliver a brilliant show.