The Blanko have been on my must see list for a while. The frontman was the lead guitarist in one of the first Finnish bands I was introduced to, Flylow, many years ago. There is brash rock, they have swagger and as the crowd grows in numbers it’s obvious this band isn’t here to make up the numbers. Solid tunes, great guitar and a confident performance for one of Finland’s understated stars of the rock scene.

Wolfmother hail from Australia but take their influence from 70’s rock bands. Touching on all aspects of the scene during that decade this band have never bettered their first album, but they are certainly a spectacle live. Their bass/keyboard player loves the stage, throwing his bass (and often himself too) around, not forgetting the occasional jump on the keyboard. The drummer is like a hyperactive Duracell bunny (maybe that reference is too English!), putting his whole body into every beat. And the singer/guitarist – and sole original member – is supremely confident and his guitar becomes part of his body, used to compliment to sound of a band who take the audience back in time. A solid set, performed with maximum energy.

Check out  flickr  for full size photos, interactive gallery below. 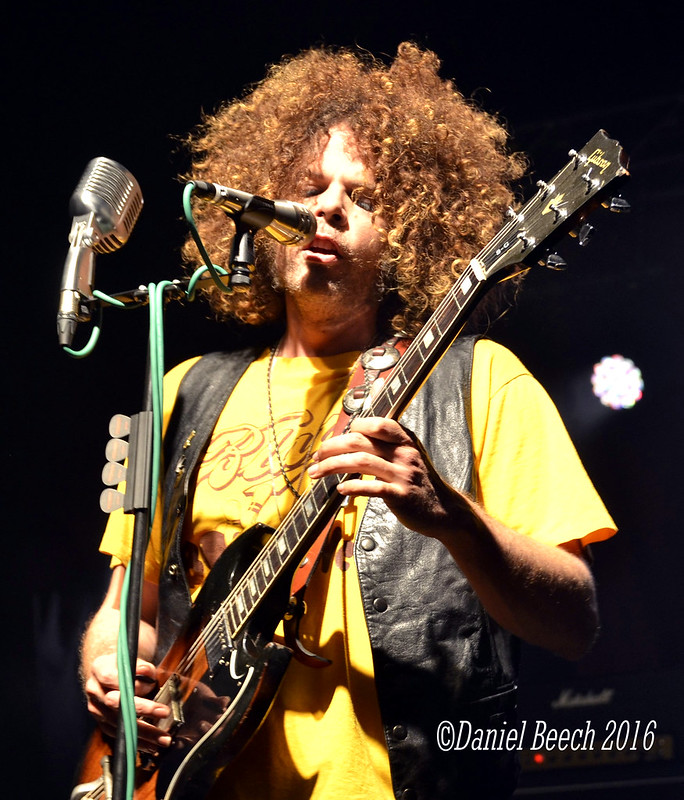