Friday 5.9.
Despite a lot of competition in other live clubs of the Finnish capital, quite many party-hungry had gathered at Backstage-Club (or Bäkkäri), where welcomed them. Yet already the first act

BLASTROMEN
lured people to the dance floor – it´s rare to have aliens from outer space as Djs, or at least so it seemed. Remarkable light show, the music could be described as “Kraftwerk meets Rave”. Pretty cool, will keep this act in mind. www.blastromen.com

DIABLERIE
faced the live situation typicsal for Finland. The audience keeps a 100m distance, following the gig attentively, yet reserved. What a pity, this DM / Industrial hybrid had deserved some mosh pit atmosphere, and I also liked the slower song that created a groove a la Rammstein. www.diablerie.fi

EVESTUS
from Tallinn, Estonia, filled the pit easily, though, and this act might be the winner of this evening in audience participation. Naturally their sound – NIN meets Korn – and the passionate performance captured people immediately. A pity I could not get better photos due to the – err – atmospheric lighting (just like the band before), and when otherwise the drummers hardly ever receive their share of nice live shots, this time drummer Tanya was the easiest to capture… but I guess, nobody minds. www.evestus.net

ÄLYMYSTÖ
Aliens aagain – because this kind of “dance music” cannot be from this planet. First those weird noises created by the Theremin, and then those strange creatures on stage – and I am not even talking about the ´keyboarder´…

Frontmann Timo Vuorensalo raises the question: Is his Iron Sky movie perhaps indeed a documentary? His performance style – as noted before – has much more of a theatrical poetry reading, or imagine the Hellraiser-version of Sinatra… Far from being commercial, and I am among those who enjoy this bizarre Noise act a lot. www.alymysto.com

ERILAZ
entered the stage with a little delay – hardly avoidable when the program includes so many bands, although the changeovers happened quickly. I bet that many anxiously awaited the premiere of the new line-up – Erilaz (voc) and Proteus (git) are joined by keyboarder E-110 (also Overflow 110 and Kuroshio) and Kalmos on Bass (former Ajattara and AVRA member), at this gig supported by a session drummer, but there will be soon a permanent solution… And what an improvement, the sound had much more substance, they have indeed turned into a live power machine, having a lot of fun on stage, which also translated to the audience. Great gig! www.erilaz.net

Even after so much fire – To See The World Burn and the Prodigy Firestarter cover – many still wanted more and were entertained by DJs Kryotechnik and DJ Pastori until the early morning.

was opened by DJs Freak and DJ aQi, yet not as many people as the day before at this early hour. Still the pit filled up in no time when

KILT.
started playing. And what should I say, once again an intense and inspiring Progressive-Metal-Noise-Industrial gig, crowned by Teemu´s haunting voice between clean and growl. This time he was supported by a backgroundsinger (SIC!), Ville from Iiwanajulma. And Teemu was also the first who initiated close audience contact, joining the fans in the pit … www.facebook.com/kiltdot

THE PHYSICISTS
used less stage props this time – apart from this wig that kept “wandering” from band to audience members´ heads. Still it turned out to be one of the best and most entertaining gigs of this act I have seen so far, maybe also because the audience gladly joined whatever nonsense the guys came up with, from above or in the pit… (again this close-audience-contact thing). And also the sound was excellent. www.reverbnation.com/thephysicists

FREAKANGEL
Also this evening the guests from Estonia turned out to be a crowd-puller – no wonder, because this trio kicked ass indeed with their passionate Hardcore/Metalcore/Industrial performance. The Evestus drummer gave some percussion support for one song. I can basically just recommend to check out both Estonian bands (e.g. their music videos) and hope that Freakangel and Evestus will play in Helsinki again soon. www.freakangel.net

BLACK LIGHT DISCIPLINE
This was the act I had been looking forward to, as it´s been a while since Tuska… it seemed many felt the same, as die-hard fans occupied the first 2 rows in the pit way before the show started. And yes, the eager party people received their share of goodies, starting with “For All You Heavy-Hearted” and also “Tides” from the Empire debut album, followed by the Self-Control cover, “Serene” and the title track of the “Walls Inside Us” album, “On Fire” and “Syviin Vesiin” from the recent release “Death By a Thousand Cuts” etc etc – simply a great best-of set list with lots of my faves. www.bld.fi

Therefore no “Bitter End” for this show – respectively this event. Soaked in sweat, tired and hoarse, but happy – and I bet it was not just me …therefore, looking forward to the next Findustry! 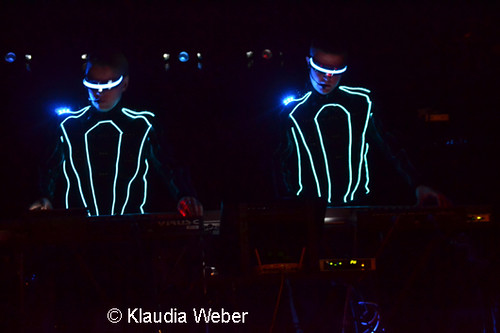