It is 2009 and we are in Balingen. Here is the BYH-Festival. Because of a high class line-up it seems to be an interesting weekend. But let us start from the very beginning.

It is Thursday, the sun shines bright, we are on the way to Balingen, which is about 120 km away, to see the BYH-Festival another time. The weather report says it will be a sunny weekend and the billing with BLIND GUARDIAN and JOURNEY as the Headliners suggest a nice event. After 45 minutes of driving along some villages we reach the festival-area at six o´clock which lies beautifully inside the city. Because of the idyllic landscape, the fair prices and the familiar atmosphere the BYH is something special in the list of festivals in the area of Stuttgart/Schwäbisch. After reaching the camping area we took the first steps, which are unpacking our stuff, meeting with the friends, regulation of the accreditation and drinking the first beer. Then we had some fun in the party tent but nevertheless went to bed early to be at the festival area in time the next morning.

The Reutlinger from HATSTIK were the first band we saw. These guys opened the show powerfully and threw their Thrash Metal into the audience. The complex songs are played tight and without any mistake so there had been no doubt that we had seen a band that seemed to be an insider´s tip. Who wants more should see one of their gigs.

One of the main reasons to see the festival this year was ALESTORM. This band is really an insider´s tip and of course from the deepest corners of the underground. Nevertheless the crowd was bigger than it was at more popular acts like EXODUS.
One minute before the show nautical sound from the computer provided the perfect mood for the upcoming gig. At the very beginning there was no holding back. Lonesome we are drifting along the waves of a cold, dark ocean. No rescue in sight , the hated sea all around us this were the most intensive forty minutes of this festival. The band did not use any synthesizers which are often used in the studio. Yet the songs had a high density. They weight tons but at the same time seemed to float. Great!
At 11:40 the Swabia KISSIN´ DYNAMITE entered the stage. The band rocked the audience quite well. Unfortunately most of the songs sounded live boring and with no diversity. But there is no accounting for taste, I know.

ROSS THE BOSS managed it like ALESTORM before to fill the place in front of the stage with lots of people. I am happy for them but I was curious to see VOIVOD. Professional as they always are the Canadian showed that they are still a real rock band. The cool show of singer Demis Belanger made everyone forget the silly banner. VOIVOD transformed the audience into one big headbanger. The setlist had no surprises. All big hits were played. VOIVOD impressed with a hundred percent sincere metal performance and commended themselves for the next gigs. Their peers should take a leaf out of their book.

The next band was PRIMORDIAL from Ireland. For Irish standards the Black-Metal came along quite bluntly. PRIMORDIAL are also known as a band which makes perfect gigs. So they did this year. The sole point of critic is the abstract singing during the last songs. Before this the band managed it to entertain the lots of people so for the first time we felt the typical festival atmosphere. Nice gig!

SACRED REICH were a heavy contrast to them. Thrash Metal with no compromises. A permanent rotating singer who reminds of Crowbar singer Kirk Windstein. Also the hairdos were flying high. Fittingly, they gave us high speed hammering en masse, always filled up with cool riffs which are impressing in their speed. Unfortunately in Balingen it did not work well. The reaction was in comparison with the other acts rather moderate. A reason could be the long pauses between the songs which turned the low mood finally completely down. All in all this has not been a gig that is worth to be written down in the annals of the festival.

Goodness gracious, this is awesome! Drunk in the evening without using alcohol, stoned from the ocean-wide 15/16 staccato-riffs underlined from a sawing secondary drummer and beautifully set in a scene from a junkie-sick singer who screams all the hate, rage and all the other shit feelings you have underwater out to the land creatures. A diversified set list, songs to wash your soul clean, one hour after which you feel better.[there is surely no better description of SODOM in one phrase, respect!]

I am not a hard rocker at all. Because of that I did not know LITA FORD very well. Her good references from my friends made me curious to see her. I heard she is long time in this business. She wants to convince me? Well, let´s see what she can do.

The guys from U.D.O. are always a good band to listen to. Sometimes the timing is not quite right. All in all this is, however, only a little shortcoming regarding the otherwise well played gig. Of course this is not the end. “Balls To The Wall” and “Princess Of The Dawn” are thrown into the crowd, before “Metal Heart” tries to kick our asses.

JOURNEY did a good job, but the audience doesn´t have much power to bang along anymore after those exciting gigs. Nevertheless the show of the headliner of this evening can be remembered as a good one.

Saturday is not only for me but for most of the people the main day of the festival. Today the right headliner will rock the stage. But the first band today is CLOVEN HOOF. The guys try to get the people to the stage but also to blow the dust from our eyes. Well, it is ten o´clock and most of the people are surely still asleep or eat their breakfast. More action comes with the next gig which is LÄÄZ ROCKIT.

A higher level of quality is shown with the following POWERWOLF. Skillful and with fun the band plays the well-balanced set list and manages it to entertain the audience, although it rains. The glasses are raised, the crowd celebrates and the harmonious singing inspires as well as the beautiful melodies. After forty-five minutes the band leaves us alone craving for more.

After this, I have to eat something so I see the gig of DRIVER mostly passively. The Americans nevertheless made a good show and gave us a sincere impression of their infernal Metal.

WARRIOR from Germany did honour to Power Metal with their brutal sound. The played a solid performance but without any glaze. A decent result but for the future the band needs more individuality in their music.

After this rock-thunder PINK CREAM 69 entered the stage. This is the band of David Readman who shines with solo albums now. Versatile hard rock is on the program. David & Co. know how to delight the audience and so they get warm applause as they leave the stage.

The Swedish HARDCORE SUPERSTAR played their hits for fifty minutes in the evening. With their rocky outfit they were an attraction to see and to hear. Their Sleaze Rock is known not only in Sweden, but all over the world since their Grammy nomination.

Without the slightest idea what was coming on I went to the stage to see EXODUS. These five guys call their music Death/Thrash-Metal. The first listen has been quite confusing but at the same time interesting. The energetic fronter tried to get the rather small audience go wild which only sometimes worked. But after the fifty-fourth trial I had enough of this. In a musical way they convinced most of the people, although the songs were really confusing. Singer Rob Dukes raged along the stage, nicely fitting to the brutal and aggressive music. I did not like it but it was for sure something different from the rest of this day.

After the wakeup-show of EXODUS the next band let the audience forget the drinks they had too many. Y&T rocked the stage and managed it to combine their innovative hard rock with lots of personal ideas and almost hymnal vocals. For years there is no new material anymore but today hits like “Black Tiger”, “I Believe In You” or ”Rescue Me” are heard as lovely as in the old days. In a few words: these guys kicked-ass and should have convinced some young metalheads too. For me one big surprise this year.

Now it is time for one of the highlights. W.A.S.P. came and showed with a good sound who they are. W.A.S.P played a nice mix of their entire discography but the focus was of course a bit on the new releases.

Well, I have to confess that BLND GURADIAN are one of my favorite live bands in the Power-Metal genre. Today Hansi Kürsch and his guys kick asses again. No wonder how, when you hear hits like “Time What Is Time” or ”The Bards Song”. After hearing “Traveler In Time” the crowd went wild so they got another song. Good as always, thumps up!

The billing was fantastic, the landscape beautiful, the weather was awesome and the people were nice and friendly. Of course you cannot make everyone happy. But all in all it was the optimum. Hopefully next year more people will be there. The BYH could need them.

Nevertheless BANG YOUR HEAD was a great experience for me (as you see in this review) and we had a lot more fun than work. 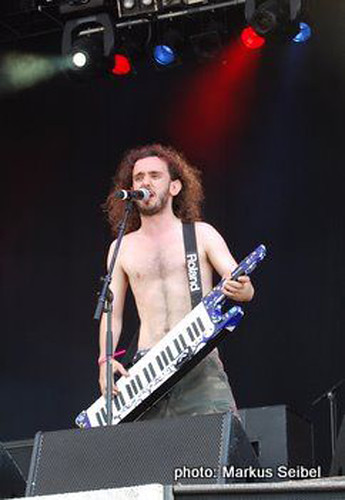 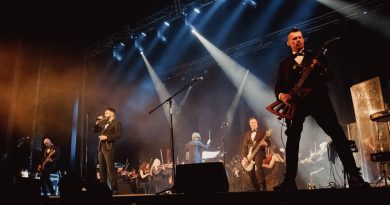 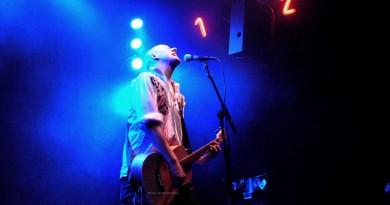